It matters to me that I have chronic health conditions that leave me less physically able than your average adult. Of course it does. I live every day of my life in pain and there are some things that no matter how hard I try, I just can’t make my body do. It matters that one of my health conditions is progressive and incurable. What matters most to me, though, is that it doesn’t matter to them.

So who is “them?” Let me take you back a year ago when I stood awkwardly at the edge of an oval in heavy ankle bracing and compression gloves wondering what on earth I was doing there. I was surrounded by people who were visibly fit and I was visibly impaired. There were boxing gloves on the ground, which instantly made me feel nauseous as the joints in my hands were already swollen and painful. I didn’t know anyone outside of the boot camp trainer, but I was aware of people glancing sideways at me already. They were probably wondering what on earth I was doing there, too.

The first activity was to jog or run around a 500-meter track, which was so far beyond my physical capability at that stage I nearly cried. I seriously debated just trying to sneak off while everyone was running to save myself any further embarrassment. Fortunately the trainer said something to me I have taken to every boot camp since: “Don’t worry about what everyone else is doing. Just keep moving.”

So that’s what I did. I walked when others ran. I moved my arms but didn’t connect when we boxed. I took longer and did less than anyone else there, but I kept moving. I turned up week after week and made my body work the best it could even when that wasn’t very well. Every week I walked away proud that I had turned up and tried my hardest.

Over time it dawned on me that my physical capability (or lack thereof) didn’t matter to the other boot campers. Not that they didn’t care or weren’t empathetic, but more that it had no particular impact on them. This was my first real experience of genuine acceptance and I was surprised that it came not from another person being OK with my disability, but rather from them not needing to be OK about it. What mattered was not what I did or how I did it, but rather that I persisted.

A year on and I stride confidently into boot camp and see myself surrounded by friends. A year on and no one looks sideways at me even when I am a long way behind everyone else. A year on and the sight of boxing gloves doesn’t scare me at all. A year on and when in doubt, I remember to not compare myself to others and to just keep moving. Best of all, I learned that true acceptance, to me, is not when my disability matters to others, but rather when it doesn’t matter to them at all.

The Mighty is asking its readers the following: Describe a time you saw your disability, illness and/or disease through the eyes of someone else. Check out our Submit a Story page for more about our submission guidelines. 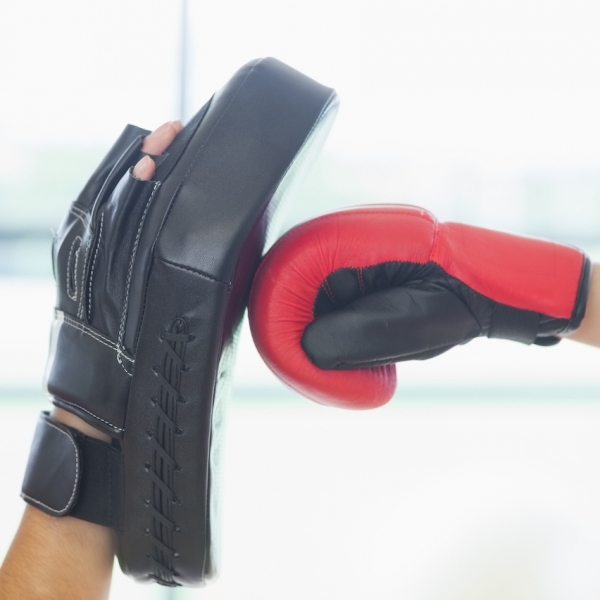