“Mom, why are those boys laughing at Ola?”

“Which boys?” I said, looking over my shoulder. I couldn’t see any boys.

“They’re gone already. She was just sitting there! I don’t like that!”

“OK, time to go,” I said, ushering her onto the ice and making my way to the stands.

I sat down with Ola and sent out this status update on Facebook.

“That heartbreaking moment when Poppy says, ‘Mom, why were those boys pointing and laughing at Ola? I don’t like that.’ Sigh. Of course, they were nowhere to be seen when I turned around.”

Immediately, I started getting responses from friends, some of whom have kids with special needs, saying things like, “That’s awful!” and “How horrible, sorry that happened to you guys.”

I walked back into the change room to help Poppy get her skates off, and without missing a beat, she brought it up again.

As we walked to the car, I knew I had to say something to her. I had to give her an explanation. I got the kids buckled, buckled myself in and then started the car.

I turned off the engine and turned to face her. I had an hour to think about it, and this is what I said:

“Poppy, you know how you have Ola and friends like B and C, and J? (These are children at her school who all have special needs.) You’re lucky you have them. Having them in your life has made you and is making you a compassionate, caring, understanding and loving girl. I feel sorry for those little boys because they probably don’t have anyone in their life who has Down syndrome or another special need. They don’t know that laughing and pointing at someone because they look or sound different hurts both that person and the people who love them.”

I told her she was given a voice for a reason, and she was extra special because she is someone called an advocate. I told her advocates stand up for people who maybe can’t speak for themselves, and that advocates know people with special needs are just like everyone else and they can achieve great things.

I could see something in her face change. An advocate. I could see the wheels turning.

She went down a list of names in our family.

“Mom, are you an advocate? Is Dad? Uncle Bradley? Auntie Sarah? Nana? Grandpa?”

“Am I allowed to talk to them about it?”

“Yes, absolutely, as long as you’re kind and don’t yell,” I said.

I told her I loved her and was proud of her. She was content with her newfound title: an advocate.

Later that night, I talked to my husband, Mark, about what I said. And it dawned on me if Poppy is growing up with a sister with special needs and doesn’t know she is allowed to speak up on her behalf, then what are the chances other kids don’t know that speaking up and advocating is OK? I couldn’t believe I hadn’t mentioned it before. I didn’t even think about it. How could she not know? But why would she? Don’t they talk about this at school?

I couldn’t sleep that night. I knew I wanted to do something that could empower other kids, too.

I decided on a postcard with the message and a pin that can be given to a child who is an Awesome Advocate! A pin that makes them feel proud and special and to thank them for being an advocate.

I contacted some of my creative, crafty and awesome friends and shared the details of my idea to them in emails and text messages. That’s when the Awesome Advocates started coming to life.

The Awesome Advocates was originally shared with friends and Facebook on March 21, 2014, to celebrate World Down Syndrome Day.

What started out as a tearful conversation with my 6-year-old has turned into a movement that I hope you will share and take part in. Let’s help empower our kids! Let’s teach them and help them celebrate their differences.

The message is simple: Our differences are what make make us awesome!

Tell us about a stranger’s comment about your (or a loved one’s) disability, disease or mental illness that has stuck with you for one reason or another. Why has it remained significant to you? If you’d like to participate, please check out our Submit a Story page for more about our submission guidelines. 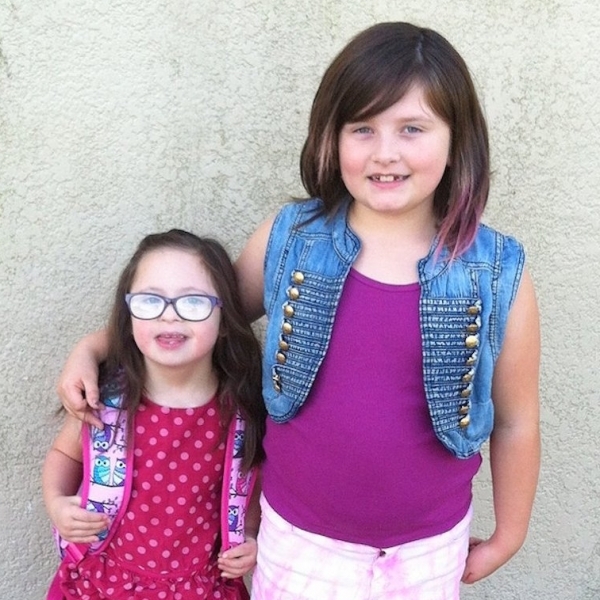