The following scenario has become an almost daily occurrence. My daughter with cerebral palsy and I will be out and about running errands or shopping  and we get the look. I like to think it’s just because she is so cute, but it’s not a regular adoring stare. There’s a curious expression behind it. I can feel when someone is about to engage me in the conversation. The one that begins with the famous question, “How old is she?” I know they are asking me because she isn’t walking. I say, “She’s 2 and a half.” Like clockwork they respond with, “Oh really? Why can’t she walk? She looks ‘totally normal,’ you would never know something was wrong with her.” I always smile (some days while fighting back tears) and look them in the eye as I decide on my response. I’ve said every answer a special needs parent dreams of saying; it honestly just depends on my mood that day.

“Ha! Well thank you for the compliment?”

“Aww, thanks. She has cerebral palsy. Have you heard of that?”

I’m learning to walk in my role as a special needs parent and my child’s advocate. I realize a few of these responses don’t help anyone, and usually they just make people feel terrible. People mean well, and I understand their intention. My child does not look “stereotypically disabled.” Which leads me to believe many people don’t know what someone with “mild” cerebral palsy looks like.

What do they look like? If it weren’t for medical devices, would anyone be able to tell? I took this search to my support group, and asked them to share pictures and a little background on their children. I was blown away by the amazing responses and the diversity in our community. Did you know cerebral palsy is the most common motor disability in children? It affects approximately three live births out of every 1,000 in the United States. Here are a few faces of cerebral palsy:

Noa was born 10 weeks premature, weighing 3lbs 4oz due to placental abruption. She stayed six weeks in the NICU and was intubated for the first two days. She was treated for a heart murmur and was a “feeder/grower” for the majority of the time. She had a few “spells” and was kept on caffeine for 5 weeks. At 1 year old, she still couldn’t sit independently. Our doctor reassured us repeatedly that she was just behind. I pushed to get into a neurologist where she was quickly diagnosed with spastic diplegia. She has worn glasses since 11 months and AFOs since 15 months. She is 2 now and starting to crawl. She is incredibly ambitious and so funny. Cognitively she is unaffected, and she is verbal. Her fine motor skills are beginning to catch up to her age. “Her resilience is jaw dropping and I admire her greatly. She is being fitted for a walker soon. Most days she wakes up and yells, “Shoes! I walk!” We look forward to seeing what she will surprise us with next.” 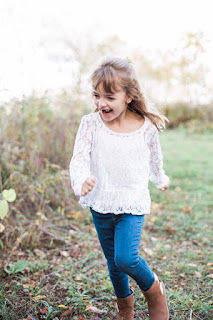 Meet sweet Ava! She’s 7 years old and  was diagnosed at 4 and a half years old with spastic hemiplegia, Ava is twin ‘B’ born at 38 weeks. Ava was always developmentally behind and her mother suspected something, but the pediatrician would brush it off.   At age 4 she was still having frequent falls and struggling with speech and social development. They were referred to a PMR doctor who confirmed Ava’s diagnosis by MRI.  Her Mama writes, “I’m so proud of her. She wants to do well and works so hard in school. Areas that are affected are behavior (ADHD), balance, stability, and endurance, learning and speech. She has been serial casted and wears AFOs. She is in mainstream school but is pulled out twice a day by her special ed teacher. She gets therapy in school — PT, OT, and speech as well as privately after school 2-3 times a week. She is my hero and my life!”

Meet my Fin. She was born 9 weeks premature, which resulted in brain bleeds. It was a long journey to get her official diagnosis, at 15 months old, because her pediatrician and neurosurgeon brushed it off. She was delayed on her milestones, but one by one she continues to achieve them all! She has no intellectual disability. She loves her dance class and rides horses as part of her weekly physical therapy.  Walking independently is our next big hurdle, and every day she is one step closer.  She motivates us to work hard for what we want, and to never give up hope when the “going gets tough.”  Her sweet spirit is simply the best and she rocks our world in the best way! 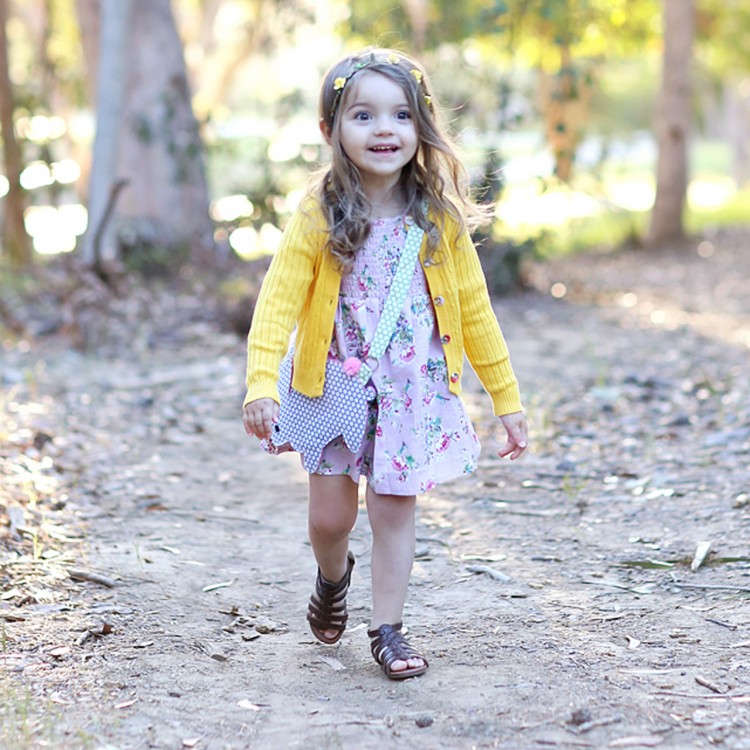 Meet Stevie, she’s a 2 (soon to be 3)-year-old ball of sass! She was born at 30 weeks after her mom spent 2 weeks on hospital bed rest because her water started leaking at 28 weeks. Weighing 3 pounds 11 oz, she spent 5 weeks in NICU until she reached a healthy 5 pounds. Stevie was not reaching certain milestones, but the pediatrician would not officially diagnose her until 1 year. She was referred to a neurologist and was diagnosed with mild cerebral palsy at 13 months old. At 14 months they started early intervention with the Regional Center. Mom writes, “This was the best decision we had ever made. I truly believe Stevie is where she is today because of this program. A month into therapy Stevie was rolling over. Although she never crawled, she would scoot. She received physical therapy, occupational therapy and speech. Stevie started walking unassisted a few days before her 2nd Birthday. Now that Stevie will be 3 next month we are transitioning out of the Early Start Program and into our local school district. Because of therapy, Stevie is so much more confident even though she has always been strong-willed. Stevie may have CP, but this does not define her and definitely does not hold her back.” 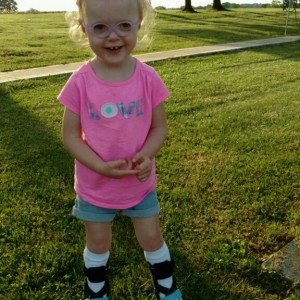 Meet sweet Callie who is 2 and a half years old. She was born at 36 weeks due to her mom having preeclampsia, and was diagnosed with mild cerebral palsy at 14 months. She’s worn glasses since 6 months old and walked independently around 18 months. She currently wears AFOs for toe walking. Mom writes, “Callie loves people with all her heart; she can light up a room with her smile. Raising a child with mild CP may look difficult to others, but to us it’s our normal.”

The Mighty is asking the following: What is a part of your or a loved one’s disease, disability or mental illness that no one is aware of? Why is it time to start talking about it? Check out our Submit a Story page for more about our submission guidelines.