According to eDiplomat, a website for the international diplomatic community, under the subheading “helpful hints” for United States cultural etiquette, “It is considered rude to stare, ask questions or otherwise bring attention to someone’s disability.”

As a person with cerebral palsy, that struck me as not only untrue, but a possible first step in how most people’s attitudes are formed towards those with disabilities. I’m sure some might be surprised to hear that; after all, it’s how most of us have been taught, myself included. After some reflection, I couldn’t
help but realize how inaccurate and damaging that cultural norm can be. However, I haven’t always held this opinion.

Growing up with CP, having worn leg braces up until my mid-teens, and using a walker, I would often overhear parents telling their children not to stare, which is appreciated, but also not to ask any questions. Human nature being what it is, children will always be curious, ask general questions, stare, and sometimes even gleefully ask “where’d you get that?” When I was younger, I found these questions
uncomfortable, because we all want to fit in. Unfortunately for me, between my large silver walker, and my dashing looks, “fitting in” wasn’t always in the cards.

One of the frequent questions I got and still get asked by children in particular is: “What’s wrong?” Although their question is meant in a matter-of-fact way, that acknowledgment of my difference would make me uncomfortable. But in hindsight, it wasn’t the question or answering that made me uncomfortable, it was the reaction of their parents, which would range from a low “don’t say that” to more animated, moving the child away without actually addressing me. In a way, I used to appreciate that “silencing,” because it saved me from an awkward explanation. As I have gotten older, I’ve come to realize that I would much rather have someone ask a direct question than avoid my disability and me with it. The explanation is far less awkward than avoidance.

All that said, my opinion is my own, and some might not agree because disability, like any medical condition, is personal, and some may consider it private. In my case, however, I would much rather have someone ask, and engage with me. I guess it would be a more personal icebreaker than some people are used to, but I have found that once the initial curiosity is satisfied and there is an understanding, it generally opens the door to a more inclusive and comfortable attitude.

In my experience, avoiding the unknown has a broader chilling effect towards not just those with a disability, but anyone who is “different.” At first, it may well be awkward, but I think the fewer walls there are around us, the more inclusive of a society we become. I believe acceptance (or tolerance at the minimum) begins with some sort of understanding of each others’ differences.

So please, ask away. We could all stand to learn something from each other. 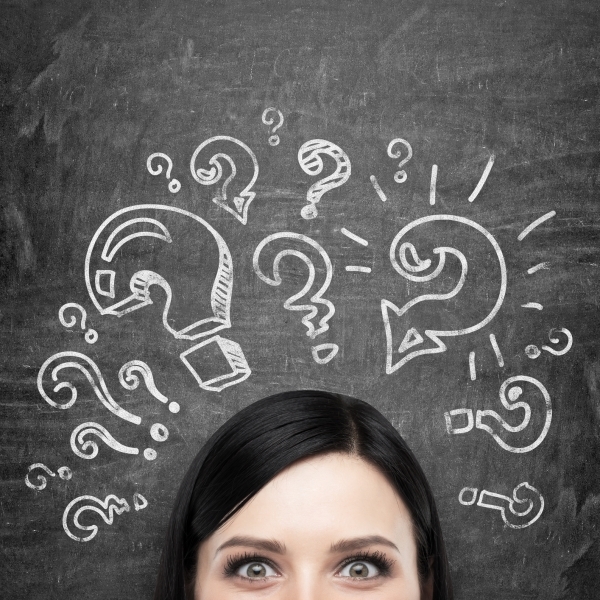