5 Things I Want You to Know About Crohn’s Disease

Here are five things I want you to know about Crohn’s disease if you don’t know about it — or me — already:

OK, so that one was a given. Crohn’s is a disease specific to the gastrointestinal tract or GI tract. Crohn’s makes all the processes of your stomach more difficult, because your stomach is fighting against itself. Healthy bacteria “are mistaken for harmful invaders and the immune system mounts a response,” according to the Crohn’s & Colitis Foundation of America. So your body induces inflammation to fight itself, which doesn’t just go away like normal.

This causes ulcers and intestinal wall thickening, which leads to more inflammation in the cycle. Eating gets harder and more dangerous, so getting the nutrients your body needs is harder, and your bathroom visits become that much more frequent.

4. Because Crohn’s is a disease within the GI tract, it can happen anywhere — from top to bottom.

Some patients, like myself, require further tests and have to get scopes that can look deeper into the stomach. For example, I’ll be getting a double balloon endoscopy, a scope that takes significantly longer because they have to go in further to find the inflammation. Because Crohn’s can happen anywhere in your belly, from entry to exit, having ulcerations in multiple locations was a telltale sign of IBD, specifically Crohn’s. (See “My Crohn’s Plan.”)

Crohn’s can cause kidney and liver problems, mouth sores and can even lead to osteoporosis. Not only can you have symptoms on the inside, but you can have issues on the outside: skin problems, joint problems and eye issues. Sometime they will be present, sometimes not, which makes it harder to diagnose.

3. It can take years to diagnose.

With a disease like Crohn’s, finding the problem can be difficult. There’s no one specific test for Crohn’s, according to the Crohn’s & Colitis Foundation of America, and inflammation could be happening at the wrong place or wrong time during testing.

For some, a colonoscopy and blood tests will prove inflammation, and a diagnosis and prescription will be made. But for others, it can take months or years to get a diagnosis — even if you have symptoms systemic to Crohn’s.

Some symptoms will be shared, while others will have symptoms that are unique to them. For example, I haven’t had a problem with fresh fruits or veggies to the extent that I can’t eat them. But for others, they have to avoid fruits and vegetables in order to avoid a flare-up or bowel obstruction. Some have persistent diarrhea, while others have constipation. Some have night sweats, while others can lose weight so quickly that it can be scary.

If you have a Crohn’s diagnosis, then you’ll probably have your own issues with your Crohn’s. I was lucky in a sense that my diagnosis only took only two years, but we’re still in the process of figuring out remission.

Others are still trying to put a name to a problem that has ailed their bodies. It’s not something to look forward to, but a diagnosis means so much to someone when they have problems and aren’t getting answers.

2. You have to get comfortable with your body.

Doctors will continuously want to feel around and “apply pressure” to your abdomen, so be prepared to offer your tummy up for every appointment. And this is a bowel disease, so you’re going to show a lot of people your bottom area. With colonoscopies, surgeries and check-ups, I’ve gotten pretty comfortable being around my doctors.

Not only has Crohn’s help me with becoming more comfortable with that part of my body, but it also helped me find humor in all things bowel related. If you know me, then you know I never shy from inappropriate topics or from speaking my mind, but before Crohn’s, “bathroom-related issues” were never in my conversations.

With my Crohn’s, “all things bowels” have taken over my life, and almost every conversation I have during the day is based on them. I talk to doctors, my husband, my friends and my family about my bowels and stomach. I write about them on my blog, and I share updates about my disease.

I would never have discussed bowels or anything of the like a few years ago, but I guess Crohn’s has helped me find humor in them.

I’ve found myself in conversations with friends who haven’t read my blog, while strangers from all over the world are following my journey and wishing me well.  At first I took offense — “You didn’t read my blog!” But I view it as either you want to read it or you don’t. It’s pretty simple.

I have 900 Facebook friends, but my page about my Crohn’s has less than 200 likes, so that hurt my feelings at first. But you can’t expect everyone to care.  Some people won’t care and that’s OK because bowel stories aren’t for everyone!

So with that in mind, don’t cut us Crohnies out of your life.  We make plans and break them. We can’t determine how our bodies will feel at any given time.  We’re trying. We still need help sometimes, even if we haven’t asked.

And I hope everyone reads this because you never know when a friend will have to deal with a disease to the intestines. You never know when your life will change drastically, and you have to completely alter yourself.

A longer version of this post first appeared on MaryMHorsley.com.

Share
or  Copy Link
Link copied to clipboard.
Be first
89 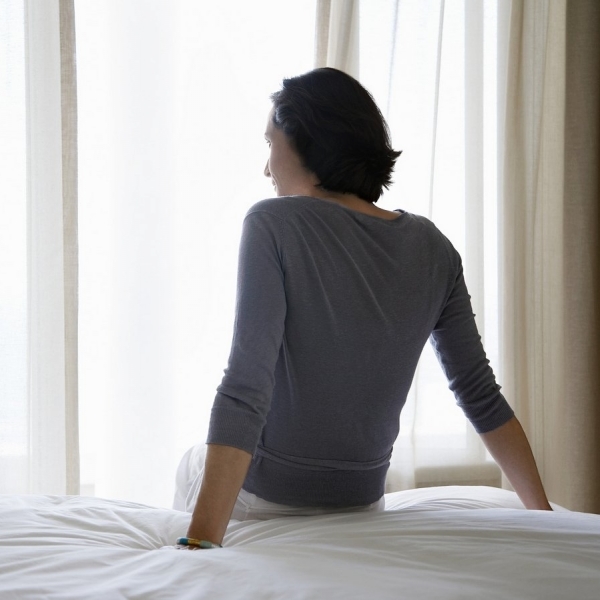