10 Things I Wish the Entertainment Industry Understood About Autism

It’s been almost 30 years since the 1988 movie “Rain Man” came out, featuring Dustin Hoffman as a character who was on the autism spectrum. At the time, it was one of the few depictions of autism in film. Since then more films, plays and television shows have been featuring the stories of fictional and non-fictional people with autism.

My fascination with this topic began when my parents started getting me involved in theatre to help me build on my communication skills after I was diagnosed with autism at age 4. Now as an adult, I’ve taken a role in helping bring a realistic portrayal of autism to these projects.

Here are 10 things I hope the entertainment industry knows when they are looking to feature autism.

10. Our autism spectrum has more dimensions than Rain Man. Growing up I was often asked questions such as “Do you share any similarities to Rain Man?” Many see Rain Man as the one-size-fits-all of autism. Today our spectrum varies; we have a variety of characteristics and abilities.

9.  We need to highlight girls on the autism spectrum, too. Many people still think of autism as a boy’s disorder and that couldn’t be farther from the truth. Boys are diagnosed with autism 5 times more
often than girls in the U.S., but that doesn’t mean their stories shouldn’t be highlighted. A great example of a film that looks at the life of a woman with autism is HBO’s “Temple Grandin.”

8.  Look at issues those with autism are facing today. Growing up I faced more than communication and social delays. While autism is characterized as a social and communication disorder, it can also include sensory, cognitive and motor challenges. There are issues about trying to find money to pay for supports at home and school, young adults with autism having difficulties finding employment, and trying to find a relationship.

7. Ask experts in the field of autism. Most importantly, ask people with autism to lend their support! Ask them about their stories, and even consider featuring their story in your project if you don’t have a central idea yet for what you want to do. Many people both on and off the spectrum would like to help. I’ve helped with four films focused on autism.

6. Understand that autism is a lifelong disorder. Consider featuring both children and adults equally. 50,000 children with autism reach adulthood every year. Showing the obstacles and successes they face throughout their lifespan is essential. Everything from early intervention to later adulthood services matters.

5. Nonverbal people with autism should be included in these conversations. A great example of someone who would be worthy of featuring is Carly Fleischmann, a 21-year-old woman who is completely nonverbal but communicates via her iPad.

4. Don’t try to push a character with autism into a project if it doesn’t fit into the storyline. As much as we want recognition, we also don’t want to step into a project that wouldn’t be an appropriate fit. Autism is one of the hot topics in the entertainment industry today, but coming into any project with sensitivity is important.

A few years ago I had an extreme fascination with the character of Sheldon Cooper from the CBS hit show “The Big Bang Theory,” based on many people’s beliefs that Sheldon falls somewhere on the autism spectrum. I wrote a blog titled “Why Our Autism Community Loves Sheldon Cooper.” Even though he’s not on the autism spectrum, because it may not fit into the storyline of the show, he’s still very relatable for our community.

3. Once your project is completed, consider the needs of audience members who have autism and may want to come out and see it. Countless groups are doing sensory-friendly events for movie theaters, Broadway plays, etc. Check out websites such as AMC Theatres Sensory-Friendly Initiative and Theatre Development Fund’s Autism Theater Initiative to learn more.

2. Educate if you can! What can the audience learn about autism by watching your project? One of my favorite teachers of all time said, “Think with the end in mind.” What do you hope people take away from your project as part of the overall story? If you can educate about autism and include organizations that are helping those with autism, like Autism Speaks, that’s even better!

1. Having more projects focused on a realistic portrayal of autism will help educate our communities. This is the most important thing I wish you knew. Ignorance is just a lack of awareness. With your support of our community, we can foster diverse education and acceptance for all with autism. You can make a world of difference. Never forget that.

A version of this blog originally appeared on Kerrymagro.com.

Share
or  Copy Link
Link copied to clipboard.
Be first
980 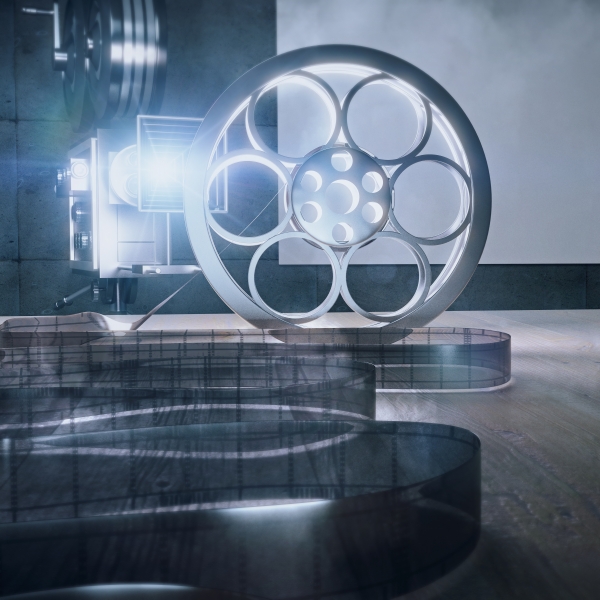