The Problem With This Fitness Event's Slogan, 'Elevators Are for Wimps'

On one recent evening, I decided to look through my Twitter. One of the accounts I follow is a park in a large urban area where they often have fun and interesting events. An image from the park popped up almost immediately when I opened Twitter, something from the event they were hosting that day. Several young people were posing behind a whimsical photo frame. They had brilliant smiles and looked as though they were having the time of their life.

It was only then I noticed the shirts they were wearing. They said, “Elevators are for wimps.”

I did some digging into the context, and it turned out the shirts were affiliated with a fundraising stair climb for a fitness facility. It’s a great cause that allows them to reach out to many underserved individuals and families in the area, and I am sure it’s tremendously fun for everyone who participates. The “elevators are wimps” slogan has been a part of the event for years; I was able to locate numerous examples of advertising with it, as well as many images of participants and volunteers wearing the shirt.

I already know the pushback I’m going to get on this: it’s just a slogan, not a declaration of war. It’s all in fun. It obviously wasn’t intended to alienate ill or disabled people who actually need to use elevators. I should lighten up and not take things too seriously. I shouldn’t internalize it. Oh noes, I’m being politically correct. I’m too sensitive. If they do change the slogan, I’ve ruined it for everyone. Have I covered all the bases, and are you done rolling your eyes at me yet?

Does an event need to insult some people to build others up? Yes, I know it’s just a slogan, and I know many events pride themselves on being edgy. There’s nothing wrong with that. I know of a race that uses the tagline “Run Fckr” on its t-shirts (it is an abbreviation for “firecracker.” What did you think it meant…?). Still, that slogan does not denigrate anyone who isn’t participating.

The National Multiple Sclerosis Society has a similar stair climb. So does the Cystic Fibrosis Foundation. Neither of them feel the need to declare “elevators are for wimps.” So why is it necessary for this fitness club’s event? The facility actually uses some engaging and motivating catchphrases, in addition to the other one: “Go ahead and stair.” “Together we rise.” “Rise to the challenge.” Why not stick with those?

What about the people who participate in the event and can’t make it to the top? Are they wimps, too? Every exercise program tells participants they should stop if they experience certain symptoms that could indicate danger, such as dizziness or chest pain. Similarly, most races at longer distances – half marathons and marathons in particular – have medical staff along the route and “sag wagons” to pick up runners who fall below a certain pace or voluntarily ask to opt out. And there’s no shame in it. It’s understood if you really feel you can’t make it, you should be able to step back. Would it be easy to make the decision to stop – and yes, take the elevator down – when you were surrounded by people wearing “elevators are for wimps” shirts?

What makes this so puzzling to me is how contrary this seems to be to the fitness facility’s mission. I don’t even want to say their name in this article because I don’t think the shirts reflect their overall brand. The branches in my city have adaptive fitness classes for many ages and conditions. They do what they can to make their centers available to those who might not be able to pay the membership fees. They want to be friendly and accessible to everyone, without judgment.

Does saying “elevators are for wimps” serve that goal? If someone who can’t do stairs walks into a fitness center and the employees behind the desk are wearing that shirt, are they going to feel welcome?

The other problem is this actually isn’t just an isolated slogan. It’s a real mindset that adversely affects many. We live in a society where physical ability is somehow confused with character and taking the stairs has become some sort of moral stand. We’re told it helps us burn calories, get some exercise, conserve electricity and save the planet. There are signs next to many elevator banks imploring people to use the stairs instead. Some building designers and architects have gone so far as to deliberately make elevators slow or difficult to find in an attempt to deter people from using them. We’re reassured that no harm is intended; they’re only trying to promote fitness and health. There isn’t much consideration given to the fact that it’s not a universally accessible form of exercise, and that making elevators hard to find or socially unacceptable does cause harm to those who need them.

Society lets us know they think “elevators are for wimps” all the time, with or without these shirts. People with invisible illnesses or conditions who don’t look like they “need” the elevator or escalator are often vilified. We’re called lazy. We’re told that we’re not really disabled or ill. We’re accused of asking for “special treatment” when we’re just trying to get to another darn floor in the building. We’re often put on the spot by those who think they know all about us, and know nothing. For some reason, there are a lot of individuals out there who believe if they shame, harass or harangue you enough, you will magically be able to use the stairs after all.

And am I internalizing this? Yes, actually, because it’s something I have to contend with all the time. Before I got sick, I liked stairs. I lived for years on one of the highest floors of my apartment building; I always took the stairs down unless I was carrying something heavy. It was borne out of nothing more than impatience; I didn’t want to wait for the elevator. I worked at a job where I had to climb multiple flights of stairs several times every single day. For a while I seemed to have a thing for towers: it was 294 steps to the top of the Bunker Hill Monument in Boston, 311 to the observation deck of the Monument to the Great Fire in London and 140 at the ancient Roman Tour Magne in Nimes, France.

Things have changed for me, and going up or down more than few steps is usually out of the question because of my cardiac, respiratory and orthopedic issues. It’s unlikely that will change at any time in the foreseeable future. This seems to offend some people. I’ve encountered individuals who have cheerfully told me, “Well, if you think that way, you never will be able to do stairs. ” I’ve clashed with event staff that have tried to shame me into taking steep, multi-story ramps instead of the elevator, saying, “Come on, it’s not that bad.” I’ve been refused access to the elevators by employees who have told me, “This is only for people in wheelchairs. You can walk,” and have had to wait awkwardly for 15 minutes while they’ve called a supervisor to verify that yes, the ADA applies to me, too, and that yes, of course I can use the elevator. I’ve seen posts on Facebook from people who have stormed and complained about those “lazy” sorts who only take the elevator a floor or two or don’t walk on escalators.

I’ve had to stop going certain places that aren’t equipped with elevators or escalators at all.

And by the way, taking the elevator isn’t always easier or faster. It’s often inconvenient, and as noted, that’s sometimes intentional. Many elevators are tucked away in corners and it takes a while to find them. Sometimes one has to run a gauntlet of security guards or flag down an employee – who may or may not be sympathetic – to unlock them. One might actually need to fill out some paperwork and get an elevator pass if they’re in a school or office building. It might be a long wait because the elevator’s slow or so many people are using it. There have been plenty of times I’ve stood in an elevator line and have wished fervently the stairs were an option for me, as they were in the past.

There’s enough drama out there about using the elevators. Do we really need shirts to reinforce those attitudes? No, it’s not the end of the world, but is it the best possible way to promote an event? I hope in the years to come, the stair climb will do away with those “elevators are for wimps” shirts — that they will stick with the slogans that celebrate the achievements of their participants without slamming those who cannot participate. 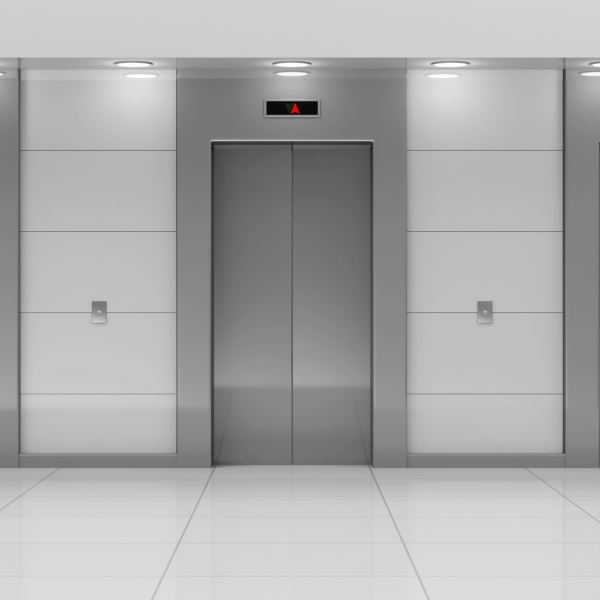