Depression occurs so frequently within our population that it is often referred to as the “common cold” of mental illness. Everyone may at some point be affected by depression or know someone close to them who is, with approximately 6.7 percent of American adults affected by major depression.

But how does this comparison make those living with depression feel? For me, it trivializes the condition. It makes me feel like depression is something I should just suck it up and get over. No one wants to know about it, and certainly no one wants to hear my complaints.

I have both anxiety and depression. Because these are commonly known, it sometimes feels like I don’t have the right to feel bad and struggle with my conditions. I should just pull myself together. I wish I could.

Comparing depression to the common cold can seem a bit demeaning to those who struggle with these feelings every day. I feel it can somehow make it worse by bringing guilt into the equation. Like we don’t have enough of that already.

To me, comparing depression to the common cold is a bit ridiculous. One is something you can catch, will last a few days, and with a good rest and some medicine, you’ll probably be fine before the week is over. The other can last for years or even a lifetime. You can’t catch it, it takes several weeks for medication to kick in (if you’re lucky enough to get the right one on the first try), and it can be completely debilitating. The only common factor may be that most people will probably be affected by both these conditions at some point in their lives.

There is no real comparison here. I believe trying to make out like there is just adds to the stigmatization of mental illness, which is the last thing society needs.

A version of this post originally appeared on The Nut Factory.

Share
or  Copy Link
Link copied to clipboard.
Be first
98 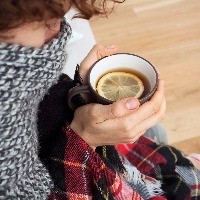