When OCD Turns Life Into a Numbers Game

I have had symptoms of obsessive compulsive disorder (OCD) since I was 5 years old. My malady started with repeated hand washing and evolved into a series of rituals and internal pressures I could not control. I’ve attempted to count the number of times I wash my hands in a day. I stop at 50 because really, when you hit such digits half an hour after you wake, the remainder is inconsequential.

For many years, I counted other things. Numbers held a special significance for me. One, two, buckle my shoe. Three, four, close the door. On second thought, let’s close the door seven or eight times or until it feels right. I would have to turn the light switch on and off nine times before entering a room. If I didn’t repeat every single ritual a certain number of times, then the world would undoubtedly fall apart.

I always had to eat three or seven of something, never six. These numbers were constantly noted in my mind, because the number six was the mark of the devil. To see this number in triplicate was to experience true terror. If I ever saw a 666, then I would counter it in my mind with a 333. Thirty-three years Jesus roamed the earth, and he was resurrected on the third day. Therefore, three had to be the ultimate good luck charm to cancel out the evil.

To some, my counting obsession might even explain my lifelong disdain for math in general. Even at a young age, I knew my oddities could be off-putting. It’s no wonder I didn’t have my first kiss until I was 16. Unfortunately, the lad I lusted after happened to be dating a few young ladies at the same time. Two-timer.

In school, I obsessed about points on papers and tests. It nearly broke me, as my sense of self-worth often hinged on these grades. I majored in music in college and found myself challenged by the numbers inherent in music theory. The failure of a romantic relationship when I was 19 led to my first breakdown. I remember dialing my parents’ number from my college dorm room and tearfully confessing I needed help.

Four is the number of psychiatrists I have seen. I spent five years in Cheyenne battling a doctor who insisted on giving me extremely high dosages of medication. The number of medical tests I had in that time span seems endless. My psychiatrist refused to admit that the symptoms I experienced were directly related to the levels of medication in my blood. I had a number of odd symptoms that led to tests for seizure disorders and cancer. All turned up negative, but greatly increased my general level of obsession and anxiety.

The number of times my disorder has led to some kind of doctor’s visit or hospitalization is difficult to count. It is harder to look back on the years since I had my longest stay in the psychiatric hospital, seven years and one month. Now, I struggle to document an 11-day journey of obsession and delusion that didn’t end for a good three months afterward.

My number was up. I had committed a crime, and the only way to hide was to hang out in the mental ward. Only no crime had been committed. Rather, I was struggling with the delusion of guilt. I thought the cops were after me for fraud, and I cannot count the number of times I thought the knock on the door was the police coming to drag me away. Interestingly, the number of speeding tickets I have had, after 26 years of driving, remains a zero.

I still regularly feel guilty over things I say or do, but no beast is as great a burden to bear as “mommy guilt.” Countless times, I have taken pregnancy tests, even while under the metered measure of birth control. Because that positive or negative result could change the course of my life, and of course, I’d have to immediately drop my number of medications. I sometimes silently mourn the number of children I wanted to have, despite the potential consequence of them having my illness — two. However, I only have one beautiful daughter.

Her smile reminds me I must have had a few good genes left. How I long to be that young and carefree, and maybe count something for fun instead of part of an obligation. The number of silly movie reviews I’ve written. The number of times I’ve tried to listen to heavy metal without part of me cringing. To look up and attempt to count the stars in the gorgeous, nighttime Idaho sky would be an exercise in futility but also one of hope and appreciation.

Instead, the numbers on the side of my prescription bottle stare back at me. 10mg of one medication. 600mg of another. 75mg of yet another. I pray that the medications will somehow keep me sane. I’m counting on it. 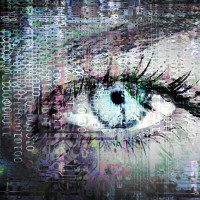