After years 20 years of being an on-again and off-again runner, the time had come at age 42 for commitment. I registered to participate in a marathon in my town of Lake Placid in upstate New York.  A month into my training, my knee began to hurt. A lot. I visited my doctor, who rightfully remarked that this type of pain happens when you are a 40-something runner. Nine months, multiple misdiagnoses and a skipped marathon later, the pain was so great I couldn’t put any weight on my left leg. An MRI was finally ordered.

The radiology tech would gently tell me after each 20-plus minute ride on the flat board through the jack hammer tube, that they needed another study, then some contrast, followed by another set of eyes, one more time… Three hours later, I was done. I got dressed and ready to go home to my three daughters. As I swung my purse over my shoulder, the radiology tech put her hand on my shoulder as I was dashing out the door and said I needed to see my doctor. I said, “OK, I’ll call her tomorrow.” “No,” she responded quietly, “she is waiting for you now.”

As I drove back to the doctor’s office, I passed by my house and called my husband. “I’m not sure what’s going on,” my voice started to warble with the weight of the words about to come out, “but the radiologist is sending me back to the doctor now.” My dear husband, John, knew that warble from similar calls related to three difficult pregnancies.  He responded with urgency to my shaky voice with an immediate, “I will see you there.”

Crutching into the now after-hours, dim and almost silent doctor’s office, I went straight in to find my doctor waiting for me next to a computer screen with my MRI illuminated. I went flush with emotion and fear at the sight of my MRI with a bright white space the shape of South Carolina at the top of my tibia. “I know what you are thinking,” she started somewhat defensively, “cancer.” “Well, I am no doctor, but that is cancer.” I left immediately and found John coming toward me, the sight of him releasing a damn of fearful tears.

A few days later, I was at Memorial Sloan Kettering Cancer Center in NYC, being wheeled into surgery for a bone biopsy.

I woke up in a recovery room from bone biopsy surgery feeling foggy and bleary-eyed. John and my surgeon were standing at my side. I smiled at the sight of them, and realized that they were somber. John was squeezing my hand, hard; “Hi, Annie.” His voice was library-quiet. Dr. Healey, my surgeon spoke with the same nearly silent voice, “Ann, it is osteosarcoma.”

Two days later, I was cleared to leave the orthopedic surgery floor. John and I were sent to see Dr. Meyers. The elevator doors opened to an uncharacteristically (for a hospital) brightly painted, funky shaped furnished, whimsically lit waiting area. “Is this the right floor?” I wondered aloud to John who was pushing my wheelchair, “I think this is a pediatric floor.” “It’s where this paper says to go,” he responded as confused as I. I remember saying, “There shouldn’t be such a place as a pediatric cancer floor, it just doesn’t seem right that kids should get cancer.” It was after hours and it was quiet. Really quiet.

Within moments, a young woman with a long white coat came out to greet us and asked us to follow her. “Dr. Meyers and the team are waiting for you,” she said gently. Once settled, we discussed the diagnosis, chemotherapies, inevitable multiple surgeries and hospitalizations. We got paperwork and peach-colored cards that each explained the four different kinds of chemotherapies I was to receive and their side effects. Dr. Meyers told me that, “…the treatment for this type of cancer is aggressive and debilitating. At some point in treatment, we will likely have to decide if you are able to complete the treatment. You will not be able to work anymore. We need to start immediately.”

We left the hospital for the five-hour drive back upstate. On the way home, I started to go through the copious amount of paperwork in my lap. I read aloud the side effects, the damage that will happen — hearing loss, heart trouble, infertility, hair loss, neuropathy, amputation or limb-salvage surgery (bones in my leg to be replaced by a titanium mega-endo-prosthetic), on and on… I stopped reading aloud, emotion tight in my throat, not allowing the words to leave my mouth. The accumulation of the talk of “loss” was suddenly and fully upon me.

A week later, I checked in to the Pediatric Cancer Center for my first of 30 rounds of complicated chemotherapy cocktails. I was put in a small pocket of a large honeycomb of busy rooms filled with children undergoing the same thing as me — different regimens, but the same.  There were regular intervals of ear and heart piercing cries of pain that would slice the chatter. Yet, on the whole, these young patients seemed cheerful. It was awe-inspiring.

Seeing the parents of these warriors was like seeing battle-weary soldiers who had been through too much pain, seen too much suffering, yet they were steadfastly marching on — with an exhausted yet hopeful eye toward beating the enemy. To believe in anything but victory over their child’s cancer was unthinkable. In the halls, the parents shared patient information sites so they could stay in touch with each other. In their honeycomb rooms, they would sleep only when their child slept, half seated in a chair, half draped across the bed, holding a hand, ankle or leg — whatever wouldn’t cause discomfort for their child. Just holding on.

These parents are mighty warriors – the ordinary person facing a beast that is trying to take their child’s life down. The parents who have suffered an excruciating loss, the death of their child to cancer, will forever have a section of their heart severed. I can’t profess to know the pain of this supernaturally agonizing loss. I know from too many grieving pediatric cancer parents that this brand of pain is forever raw and always available and very, very heavy.

I am the outlier — the adult with the pediatric cancer who survived it. Far, far too many do not outlive osteosarcoma. The beast must be stopped. I created MIB Agents to do just that — we want to Make It Better by supporting the child through treatment: first, pairing them with a survivor; second, providing iPads and noise-canceling headphones; third, if treatments fail, creating end-of-life experiences when hospice enters the family’s home. Funding, awareness and research are part four of our collective crusade.

MIB Agents is sponsoring an osteosarcoma conference this February. We are bringing together the top doctors and researchers with osteosarcoma patients and caregivers to forward our common goal of awareness, funding, collaboration, research and a cure. 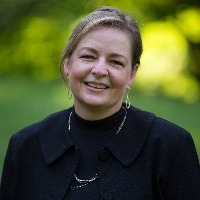