Casey Rochell, a U.K.-based DJ is using his mixing skills to turn a negative message about people with Down syndrome into a positive one.

Rochell, 23, remixed a quote from Joseph Fletcher, an ethicist, who in 1968 said, “There is no need to feel guilty about putting a Down syndrome child away. True guilt arises only from an offense against a person, and a Downs is not a person.”

Rochell’s message? “Downs is a person. A person,” the remixed version of the audio clip says.

“A lot of people might not expect me to mix records, but I’ve been doing this for a long time,” Rochell told The Huddersfield Daily Examiner. “I want this video to change how people think about learning disability.”

You can watch Rochell remix Fletcher’s quote below. 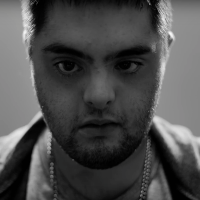