Has someone you love been sexually assaulted or raped? Do they have a disability? This is a hard topic. But given the news cycle and numerous people sharing their experiences via social media, as well as my own personal experience, I feel compelled to bring it up.

I know this personally. When I was 12 years old, due to my dyslexia, I could not really read or write. I had stopped growing, so I was already 5’10″ and looked a lot older than my actual age. But I couldn’t read. People called me “stupid,” “idiot,” “lazy,” “disappointing” and worse. Beginning in elementary
school, I was bullied physically and verbally at school. When I was 12 years old, I trusted someone at school who made me feel “accepted” and special. I wound up getting raped.

I blamed myself and did not report it at the time. For decades I did not discuss it. Like many other people, I was touched or grabbed in public, once on a bus and another time on a subway. For many years, I worked to help crisis centers but did not go public with my own story. But it is far too
common to stay silent. All this press coverage is triggering a lot of feelings in a lot of people who this happened to as well. Rape and sexual assault is a lot more common than most people think. It happens to children, women and men.

If you or someone you care about needs to talk about their experience with someone, contact RAINN or call them at 1-800-565-HOPE. That’s 1-800-565-4673. Their website is screen reader accessible and they are completely set up to accommodate and serve people who are hearing impaired.

If you or a loved one is thinking of ending their life by suicide, call the National Suicide Prevention Lifeline at 1-800-273-8255.

If you are looking for political candidates who care about these issues, questions 10 and 11 of RespectAbility’s nonpartisan candidate questionnaires specifically address these issues. RespectAbility also addressed these issues in our landmark report, Disability & Criminal Justice Reform: Keys to Success.

RespectAbility and The RespectAbility Report are nonpartisan and do not endorse candidates. The questionnaire is purely for educational purposes. It is vital that our leaders around the country address sexual violence against people with disabilities immediately. Here is a sampling of what the candidates are saying on these issues.

Kelly Ayotte (NH-R)
“Yes. I helped introduce and enact into law legislation to reauthorize the Violence Against Women Act, which strengthened the health care system’s response to domestic and sexual violence. I’ve consistently supported full funding for VAWA and related programs. There is a provision in VAWA that specifically sets aside funding for grants to end violence against women with disabilities. I’ve additionally helped introduce the Runaway and Homeless Youth and Trafficking Prevention Act which prohibits discrimination against any person – including specifically those with disabilities – when it comes to receiving federal assistance under those programs.”

Dr. Bud Pierce (OR-R)
“We need to have oversight, and vigorous investigation, to prevent abuse, including sexual abuse, of all people, and especially the vulnerable disabled.”

Sen. Richard Burr (NC-R)
“I believe one of the fundamental tasks of government is to protect the vulnerable, and protecting individuals with disabilities from those who commit the heinous crimes of rape and sexual assault is an issue I have made a top priority during my time in the Senate. Congress recently passed legislation I introduced, the Military Sex Offender Reporting Act, which closes a significant loophole that previously allowed some sex offenders to evade registration with the National Sex Offender Registry. Ensuring that sex offenders are registered and known is an important part of protecting the vulnerable from becoming victims of those who commit these horrific crimes, and I am currently working to provide strong oversight to ensure that these provisions are being implemented.

“I am also committed to ensuring that the perpetrators who commit these crimes against people with disabilities are discovered, prosecuted, and prevented from reoffending. I have cosponsored legislation to ensure that rape kits are tested so that the perpetrators can be convicted, and I have supported laws providing resources to track down sex offenders who do not register.

“The State Department has noted that individuals with disabilities are particularly at risk of being trafficking victims, and I have worked to stop human trafficking both in the United States and around the globe and to provide support for survivors. I’m also proud to have supported programs like the Department of Justice’s Training and Services to End Violence Against Women with Disabilities Grant Program, which was established in the Violence Against Women Act in 2000.” 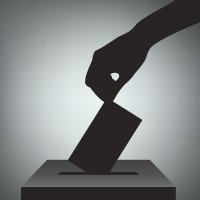