A common misconception is that you have to be a “certain age” to be in pain. Even trained medical
professionals are guilty of this ignorant mindset.

I had surgery on my right hip back in February. The surgery was a lot more “major” than expected, and trust me when I say we expected it to be a major surgery. I was in the hospital on the hip floor for three days where I was on severe fall precaution and severe hip precaution, meaning I could not do any motion by myself, especially move my right leg. I remember overhearing one of the nurses just starting the shift saying I don’t look like I needed all that precaution (a tone that quickly changed once I “politely” informed her I had 20 tumors taken out and my hip dislocated and removed from the socket to reconstruct the entire joint and tissue).

I can’t tell you how many dirty looks I get when I park in accessible spots or when I use motorized carts to shop. Or how many times I’ve been told I’m “too young” to have hip and back problems. The ironic part is, I’ve probably had more tumors removed by the time I was 16 than all those people who give the dirty looks will have removed in their entire lifetime. Chronic pain conditions affect more Americans than any other conditions, including diabetes and cancer. According to a 2006 report by the National Institutes of Health, 26 percent of Americans reported suffering from pain lasting over 24 hours, and of that 26 percent, 25 percent are young adults the age range 20 to 44. Globally, the American Academy of Pain Medicine estimates 1.5 billion have chronic pain, with 3 to 4.5 percent of the global population struggling with neuropathic pain.

I know I speak for many when I say I grew up in pain. I was born with multiple hereditary exostoses; a rare painful bone disease characterized by tumors. At the age of 22 I was also diagnosed with fibromyalgia, after years and years of symptoms. A “normal” person’s 10 is my four, and what used to be my 10 now a six. Living in constant pain, you grow accustomed to pain, hiding it so well people think it’s OK to give you dirty looks and stares while you’re struggling to make it another five steps to the car. It’s the sad reality of living with an invisible illness that can only be changed by vocalizing our pain. 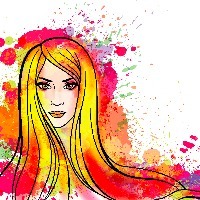