What Hiking in Alaska Taught Me About Chronic Pain

A short while ago, I went on a retreat with a few ladies whom I adore and found myself venturing all the way to the northern city of Fairbanks, Alaska. Little did I know at the time, this trip would fill me with spiritual inspirations and many lessons.

On this retreat, there was a tradition wherein the women hiked what seemed to be a mountain to me. I believe the name was Angel Rock. “Only three and a half miles,” they reassured me, attaching “at a very steep angle” to the end.

Because I ran a body scan to determine where I was physically, I thought that I could definitely pull the hike off. I knew it would hurt, but three and a half miles did not seem like too much. I decided I could handle the adventure, so we pressed on.

The day was sunny but had a cloudy forecast. I brought my camera and a bottle of water. As a group of seven, we headed out. The weather was gorgeous, the air smelled fresh and crisp and we often passed other people happily smiling on the trail.

When we came to a little wooden bridge at the base of our incline, we waited for the rest of the group to catch up. We could see they were slowing down and somewhat struggling to match our pace. With a little more conversation, we uncovered that one of the ladies hiking with us had overcome brain cancer 11 years before. The doctors had done everything they could to remove the tumor. We learned that her balance was severely impaired, but she was hell-bent on making it to the very top of the mountain. We were amazed by her confidence and determination. She had a peaceful demeanor, and we all wanted to help her achieve her goal. I myself had never been on this trail before, so I was unaware of what lay ahead.

For this story’s purpose, I will refer to this beautiful lady as Mrs. R. After the first stretch of our hike, she spent a moment resting on the bench, and from there on out, she was always careful. Mrs. R. carried two small bottles of water (one in each hand) during most of the hike in order to help keep herself balanced. If she took a sip from one bottle, she would then quickly uncap the second and drink from it in order to keep both equal in weight.

After we all decided that we were rested enough, we set out again. Unsure of what Mrs. R. would need from us in terms of assistance, we worked with trial and error. One of our ladies stood behind her with a hand on her back in case she became unstable and started to fall backwards. I think this was an exploration of her capabilities for all of us. I could see that she was really studying what she could and could not do as much as we were. The trail was becoming more treacherous as we continued.

Mrs. R. became unstable and started to fall sideways a couple times. I stepped up and held out my arm, she hooked her arm over mine and together we made a wider and more stable base. This was one of my big spiritual lessons. As we walked, she would propel herself forward with great strength. When she did this, she was incredibly precise with her steps. She had enough energy to propel herself five or six steps forward at a time, but she would then need to stand straight and try to catch herself. This was always when she would start to lose her balance.

I began to consider balance and what it means to me. I had recently heard a friend say that she did not believe in balance, and I had been entertaining this theory for a while. As I watched the inspiration of a lady ascend the mountain, I realized that, just like when using a motorcycle or bike, the trick to balance is in the forward momentum. I started to relate this to my life experience. When I am spiritually stagnant and trying to exert control over my journey by using sheer willpower to stay balanced, I struggle. On the other hand, when I have a purpose or a destination, I tend to remain harmonious with life. This really put balance into perspective for me. The trick is to keep moving forward and remember to value the journey.

During the hike, I walked slightly hunched over, which caused a lot of discomfort in my back. The trail became scarier as we climbed. The ladies and I took turns standing on either side of Mrs. R. Some places on the trail were only wide enough for one person, making the climb more challenging.

This was also not easy for Mrs. R. I don’t think anyone particularly wants to need that much help to complete a goal. I know how scary it is to feel like I am losing my independence. Depending on a group of people can be very humbling.

As we climbed higher, many of us began to get tired. There were clouds in the distance with showering rain, roaring thunder and flashing lightning. I found myself becoming very worried, and all kinds of fear creeped in. I could see that the pain in my body was intensifying and that I was not going to be able to help Mrs. R. for much longer. We had not even completed half of the trip; we still had the entire incline. I was concerned that if we let go of Mrs. R., she would fall – not just to the ground, but off the mountain. Besides the fear of her getting hurt, I could see that we were all in danger of injury ourselves. I was afraid that the rain would come and make the trail treacherous and slippery. None of us were geared properly for a thunderstorm. I voiced my fears a couple of times in hopes that she would change her mind.

I had been letting my fears discourage me from life for way too long. Here I was trying to do the same to her. She was not having any of it. So, we climbed. At each beautiful outlook, we would rest and catch our breath. We could see how far we had climbed, and it was amazing.

We reached the peak three hours after we started our climb. Mrs. R. asked, “Are you sure this is the top?” We all laughed as she stood by the sign in her victory pose, her feet were hip-width apart and arms in a big V in the air. we all snapped photos in order to capture this spectacular moment. We had not brought much food because no one had planned on being up there that long. It was just a short hike anyway. What little food people did have, they shared.

Speaking for myself, I was tired and in immense pain. My back was in excruciating pain and my hips ached and felt stiff. I could tell that Mrs. R. was also becoming stiff and pained with each step. After much debate over which trail we would walk down, we started our descent. There were places where the trail was so vertical that it felt like a cliff. There were also loose rocks that we all slipped on many times. It was becoming more dangerous and we were all tired, worn out and pained.

Halfway down, the rain hit us. Now, it was not just any rain; it was Alaskan rain. The weather changed from hot Alaskan sun to frigid Alaskan rain. We were tense and shivering. We sent two ladies ahead to start the trucks and turn on the heat. The trail was covered in roots that became deathly slippery in the rain. Attitudes began to plummet. It was getting harder to feel positive and excited. We took turns standing on either side of Mrs. R. A couple of us fell on the hard, cold trail. After I knew that I could no longer hold anyone up because I could barely do so for myself, one girl and I took off for the trail head. We left behind Mrs. R. and the two ladies at her sides. When we got to the trail head, we sent for more women who were at our camp and had not come on the hike. I sat in my friend’s car, shivering and eating chips. A group of ladies rushed down from the camp, blankets and positive energy in hand. We sent them down the trail for the rest of our tribe.

If I had known the details of how this trip was going to unfold, I’m not sure I would have showed up. I’m glad the future is unknown, because I know I would opt out of events and miss those that are deeply profound and wonderful by accident. As I waited for us all to reunite, I realized some more powerful observations. When we work together, we can get through any storm of life, regardless of our physical condition. Not everything needs to feel good to be beneficial to life – my life, someone else’s life or that of the world. I remembered not to let fear make my decisions. I was reminded that not everything was about me. I felt inspired by Mrs. R.’s dedication, strength, inner peace and enthusiasm.

Cold, tired, hungry, pained and slightly irritable, we all returned to the camp. Even though I could barely move my body and would physically pay for the trip for a couple days, a real sense of satisfaction came over me. We had done it! We had all done it. Mrs. R. could then cross Angel Rock off her bucket list. What an accomplishment. I can only hope that one day I will be as strong as Mrs. R. 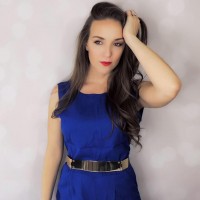