Going to an elite, private prep school in New York City definitely comes with its challenges. My school specifically prides itself on its progressive curriculum and programs that discuss controversial topics such as race and gender. Multiple days a year, we have assemblies and what we call “FAD”s (full awareness days), where we actually spend a full day talking about difficult issues that our society faces. I’ve always been proud of going to my school… until now.

As a person who has generalized anxiety disorder and major depression, I was eager to start a conversation on mental health and mental illness at my school. I had recently spoken about my experience to a small group of students during a meeting, but I wanted to talk to more people about it.

I recommended the idea of having a mental health assembly to a teacher later that year and after some pushing, the assembly was finally made for the following year. I was given contact information for the three other students who had been interested about starting an assembly too, and I immediately contacted them. Over the summer, we spent time figuring out what we wanted to do and whom we wanted to speak at our assembly. We ended up having an informational slideshow, student speakers and a professional speaker. In order to find other student speakers, we decided to write a Facebook post asking for student volunteers to speak during the assembly. We were thrilled when we got back more than 10 responses from students who wanted to speak, anonymously or not.

When the school year began again, we met with the two school psychologists, the person in charge of assemblies and the principal to talk about our upcoming plans. While we were excited about finally getting started, our excitement soon came to a halt when our principal said that we weren’t allowed to have any student speakers talk about their experiences onstage.

I was furious. I just sat there arms crossed, silent at the new rule. “How could this be happening?” I thought to myself. “He’s just silencing us and stigmatizing mental illness even more!”

The principal went on to say the reasons for his decision — that student speeches can be triggering to people; they’re worried how the rest of the school will treat them; they don’t have enough resources to help the students who have been triggered. While I understood their concerns, I was heartbroken about the fact that they were silencing us and stigmatizing mental illness. Our rigorous school is full of kids with mental illness and I could bet that every person in the school knew at least five kids who had one.

They went on to choose their own professional speaker and the assembly turned into shit. Many people ended up falling asleep and it was neither influential nor helpful.

My school is an example of how much mental illness is stigmatized in schools and society. Even in a so called “progressive, prep school,” people are scared to have the necessary discussions one should have at that age. While I’m thankful my school even had an assembly on this rarely discussed topic, it didn’t have the real thing that would’ve helped student speakers.

When I was a freshman, I was diagnosed with generalized anxiety disorder and again with depression in sophomore year. In sophomore and junior year, I struggled a lot with complications in life that one with mental illness has to deal with. If another student would have talked to me back then and told me, “It’s alright” or, “You’re not alone,” it would’ve helped me know that I didn’t have to suffer in silence, and that there are other people in the world — or even in the school — that could’ve helped me. Having other students talk about their own experiences allows their peers to gain a better insight into this issue than an hour-long, teacher-led lecture ever could. Students have to be the start to this conversation because they are more likely to empathize with their classmates and friends.

Now as a senior in high school, I still struggle with my mental illnesses, but I know that I’m not alone in my fight. I encourage everyone to have a conversation about mental illness in order to destigmatize it. If you have a friend who has a mental illness, remind them you’re always there for them because no one ever has to go through it alone.

Share
or  Copy Link
Link copied to clipboard.
Be first
261 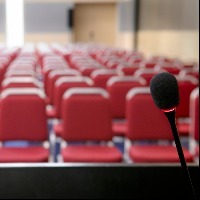