I have been thinking about people recently. In particular, the dilemma of whether to tell people, or not to tell people when you’re diagnosed with a chronic condition.

I kept my multiple sclerosis a secret from most people until very recently. I think the main reasons for me was the worry of being judged. Of people seeing me differently, not as capable, able or reliable anymore. There was also the dealing with people’s reactions. I still don’t understand why people feel the need to always go, “I knew someone with MS…” and then either, “They use a wheelchair” or even, “They’re dead now.” It’s also easier not to say anything and just to carry on as though everything’s normal. Because it’s not just the worrying about how people will react, it’s the also telling part. When is a good time to come out with this sort of thing? Team meetings, over lunch? “Yes, my week has been quite eventful actually, been diagnosed with MS.” I’m just not sure.

Thinking about it recently, though, has made me realize a large part of it comes down to trust. Trusting people not to see you differently or change their opinion of you. I had to tell most people about my MS before Christmas due to a relapse and it’s actually turned out to be a really positive aspect that’s come out of it.

These are the amazing things I have learned from being more open with people:

1. More support. If people don’t know, they can’t help or support you and I’ve found out most people are more than happy to. Just having someone there to listen or offer to help with some of your work can make all the difference.

2. You can be yourself and not hide how you feel. I didn’t realize until I told people, especially at work, how exhausting it is lying and pretending you’re always feeling fine. Now that people know, it’s so much easier to just be able to say that my MS is playing up and if I look half dead at my desk they understand.

3. People are more accepting and open with you. If you’re honest with people about what’s going on they are generally more honest with you. I’ve found out so much more about people I know since telling them about my MS.

4. Being more accepting of yourself. Being honest with people has made me more accepting of me! I’ve realized hiding my MS from people was also helping me hide it from myself, which wasn’t very healthy. It’s really helped me mentally have a shift towards coming to terms with it.

So this is one of my big and positive lessons with MS! I know not everyone receives positive reactions from people but I just wanted to share how it can be a really positive decision. It’s important to remember not to assume how people will react and that many people will be pretty amazing about it.

This blog was originally published on Dinosaurs, Donkeys and MS. 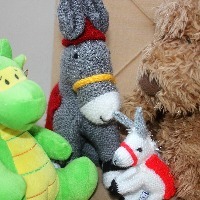