Last week, John Benjamin Haygood, a 10-year-old on the autism spectrum, spent a night in a juvenile detention center after he was arrested at his local school in Okeechobee, Florida. In October, Haygood kicked and scratched his paraprofessional educator and was suspended from school. Haygood returned to school on April 12 to take mandatory standardized tests, and upon returning, was arrested.

According to the Washington Post, due to the October incident, a warrant was issued for Haygood’s arrest, which charged the boy with battery on a school board employee, a third-degree felony.

Haygood, who was diagnosed with autism two years ago, was given an individualized education plan (IEP) and a paraprofessional educator last year. However, Haygood’s mother, Luanne Haygood, told NBCMiami, her son was having issues with his aide and did not feel safe with him. Despite these issues, the school would not assign a new aide.

“The district routinely assists students by providing services from our board certified behavioral analyst, licensed mental health counselors, school social workers, and psychologists,” a representative from Haygood’s school told the Washington Post. “As a team, these individuals develop interventions, conduct assessments, and offer support both at school and in the home in order to assist students and families.”

Haygood’s mother, Luanne Haygood, who originally filmed the arrest and shared it on Facebook, told the Post she just wants her son “to have the same education every other child is entitled to and receives.”

Haygood is due back in court on May 11. The State Attorney’s office told NBCMiami they didn’t know Haygood was on the spectrum at the time of the arrest and will take his diagnosis into consideration when deciding how to proceed.

“People with autism have communication issues, and law enforcement officers need to be aware that their typical approach when responding to a call or an emergency situation with someone with autism spectrum disorder may not work,” Stephanie Cooper, the founder of Autism Law Enforcement Response Training (ALERT), previously told The Mighty. As part of her organization, Cooper, a former police officer whose son is on the spectrum, trains police officers how to interact with those on the spectrum. 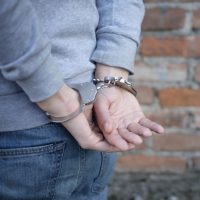