How Nature Has Encouraged Me Through My Battle With Illness

I’m not sure quite when I fell in love with being outside, but it’s both an exhilarating and comforting kind of love. When I was a child, most of my summer holidays were spent on adventures in the fields behind our house with children from our street – no grown-ups. We set off each day unburdened by toys, tools, plans or rules. I don’t recall us taking drinks or food, just our adventurous spirits and imaginations. The trees became our homes, our playgrounds, our make-believe ponies. We had freedom to do what came naturally, think of new ways to do things, rest when we were tired and go home when we were hungry.

These patterns of exploration, creativity and rest were imprinted into me from an early age, but are somehow overshadowed in the day-to-day existence of my adult life.

I spent a lot of my childhood “helping” the grown-ups with planting. We had an allotment where my brother and I had a tree that we named Mr. Catkin – no prizes for guessing what type of tree! We often sat in the mud and ate all the freshly picked peas. My grandparents had a greenhouse each(!) – a luxury I dream of. They grew the most evocative smelling tomatoes in the world along with every other prize-winning vegetable I could think of. Before my children were born, and before my body betrayed me, all my evenings and weekends were spent emulating those that had installed in me this urge to grow things. I grew roses and sweet peas and basil and more tomatoes. I was most at peace in my garden surrounded by my plants and their marvelous perfumes.

When my children were tiny and my springer spaniel was very springy, we walked for miles, kids in buggies or backpacks, dog bouncing along, me stomping out the monotony mothering toddlers brings and restoring my sanity. One evening my toddler said to me as I pushed her buggy through a field at sunset, “Look, a big mummy moon,” when she noticed the full moon. It still fills me with great joy that one of her first sentences was about her natural environment.

As my children grew they found their love of the outdoors. One of my children has fallen in love with farming. She loves its rhythms and routines and expansiveness. When she’s not outside with her pets or in her mud kitchen she’s watching farming programs or marking her choices in my seed catalogues.

My love of nature runs deep; it’s part of me. It encompasses so much of my life. Since I trained as a teacher I’ve read a lot about nature and its impact on children’s emotional well-being and behavior. The concept of “nature deficit disorder” championed by Richard Louv resonates. The ideas of Tim Gill’s Rethinking Childhood to include more access to nature and outdoor play spaces in urban and rural areas appeals to me. I love the notion of “re-wilding childhood.” Nature to me isn’t just about admiring a view or spotting wildlife. It’s not just about protection but getting out and being part of nature and living in it, not alongside it.

When my illness really took hold and all aspects of my day-to-day life became affected, I didn’t immediately realize it but it was the removal of nature that had the greatest impact on me. When I was in too much pain to walk or bend over and too exhausted to cook for my family, the idea of going outside and attempting to tend my garden seemed irrelevant. The day-to-day struggles of providing and maintaining took priority. There was a day when I tried to dig my strawberry patch and I didn’t have enough strength to push the fork into the ground even once. This small act signaled something much bigger to me: I’d lost who I am and what I valued. I had a choice of giving up and accepting that life as I knew it had changed fundamentally, or starting again.

There is a saying that when faced with adversity, nature continually renews itself – and that’s what I needed to do. I was inspired looking at articles of how nature has reclaimed buildings. Although obstructed, nature doesn’t give up, but adapts. So in that moment and place in time I couldn’t dig the garden or prune the trees or kneel to plant seeds, but I could walk. I set out to walk every day. A route around the village where I live is a hilly three miles. When I was fit I could run it in under 30 minutes (on a good day, with the wind blowing in the right direction). The first time I tried after this particular disease flare-up, it took me two hours and 10 minutes. I felt euphoric, optimistic, despairing and exhausted! This was a lot of emotion to have on a walk, but it showed me the worst and best of my thinking. I was determined but also fearful.

When I got home, the quote “Nature does not hurry yet everything is accomplished” by Lao Tzu popped up on my social media feeds. It was being outside in nature that had contributed to my emotion. I missed being outside, seeing the seasons and feeling the air. I couldn’t interact with it in quite the same way but I could still be part of it. I continued walking the same route, getting fitter and faster. A year later I’m down to 42 minutes and I can once again dig my garden.

Currently I’m waiting for an operation to repair my damaged pelvis. Previous treatments haven’t gone well and I am nervous of what my recovery will look like. I am tempted to run out into the garden and dig and prune and plant till I’m exhausted. I want to take my children out on hill climbing adventures every day, just in case in a few months time I can’t. But I’ve learned about pacing, and if nature does not rush, neither should people.

Illness and nature have taught me to embrace my inner child and to do what you can, not to force it, be patient and work with what you’ve got.

There is nothing that flowers all year round, so don’t expect yourself to either. I’m experiencing an early spring – flowers are out, there is vitality. Soon enough early summer will be here and it’ll be time to rest and heal, watching the garden and children and the now not-so-springy spaniel run riot, in time to be fully restored for Autumn and all its color and glorious faded beauty. 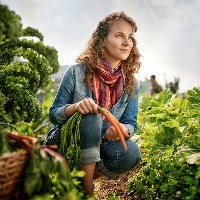