The Analogy That Gave Me Perspective on My Bipolar Diagnosis

A little over a year ago, I was diagnosed with bipolar I with psychotic features. I had the diagnosis of major depressive disorder for years, but I always felt like there was something more going on, and for a while, I had been considering the possibility of having bipolar disorder. So when I was diagnosed with bipolar, I thought I would be relieved, but instead it really upset me. For months, I felt like I had been handed a death sentence. Having bipolar seemed like the worst news I could ever receive.

I go to a peer support group through the Depression and Bipolar Support Alliance (DBSA), and shared with the group a few weeks ago that even a year later, I was still struggling with accepting my diagnosis. I explained that having a bipolar diagnosis not only made me feel broken, but also scared. I shared how it made me feel stuck and out of control of my own life.

A man in the group asked if he could share an analogy about what it means to have a diagnosis. I was hesitant — I felt like nothing would really comfort me, but I told him to proceed. What he said is this:

“Imagine life as a 5K. And let’s assume you’re maybe a kilometer in, so you’ve been running for a while, but you still have a long way to go. And at this one kilometer mark, you find out that you have been running all this way with 50 pounds strapped to your back. You had no idea you were carrying so much weight, but now you’ve been told. So being diagnosed is good news, because you can see now how you were so strong, being able to run all that way with an unknown weight trying to hold you back. You still have to finish the race and you still have to carry the weight, but you know it’s there now, and you know you’ve already made it this far with the weight. So getting a diagnosis is really good news.”

I listened to what he said, and although I don’t see myself saying my diagnosis is “good news,” it was a good analogy to give me some perspective. I told the story to someone else and she added that the other good thing about finding out about the 50 pounds is that now I can do things and take medications that reduce the weight. And even better, there are people who are willing to carry it with me. Having her remind me that my friends and family can and will help carry the weight gave me a little more hope that getting my diagnosis isn’t all bad news.

I’m still working through what it means to have bipolar and am still coming to terms with it, but I’m trying to maintain this 5K perspective. I made it this far without even knowing what was weighing me down. And even though it is still going to be hard to run with weight on my back, it is only going to get easier to do so as I go through treatment, rely on a support network and gain more experience in running the race.

Share
or  Copy Link
Link copied to clipboard.
Be first
77 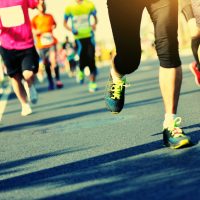