The Gorgeous Way One Woman Is Making Her Migraine Pain Visible

Anna Cowley-Ford has always gotten migraines, ever since she was a little girl. But a month before she turned 20, the migraines began spiraling out of control, to the point where she was getting one every day. Along with her pain came doubt — from friends who thought she was making it up to professors at Grinnell College in Iowa, where she studied studio art, who didn’t understand how severe this invisible pain could be.

In 2012, Ford decided to make her typically unseen symptoms visible by covering her body with henna tattoos to represent exactly where she feels pain.

“It made sense for my artwork to start reflecting my pain because migraines took over my life,” Ford, now 28, told The Mighty. “How do I communicate my pain to others? As soon as it’s not visible, there’s some sort of barrier and people have a harder time understanding what’s going on.” 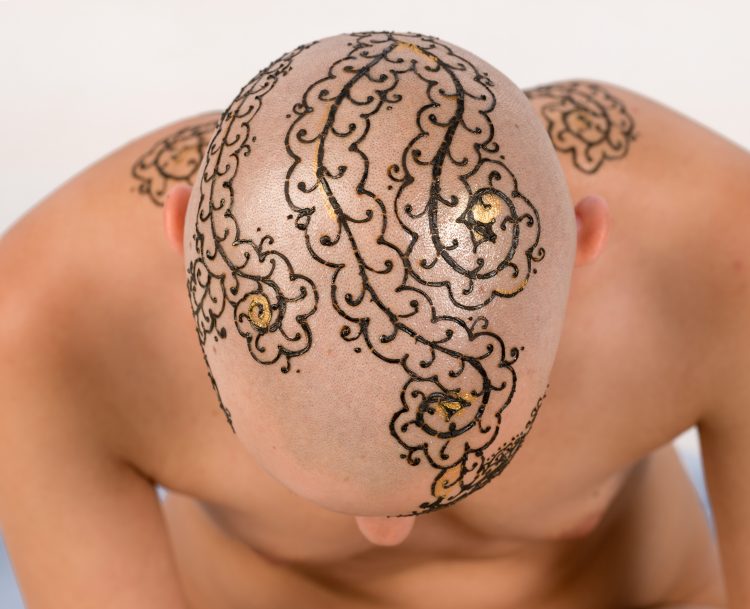 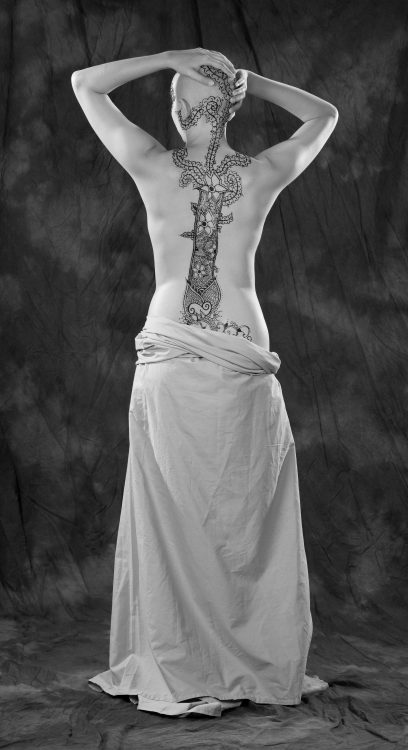 Ford and a henna artist who also experiences migraines, Amanda Horner, developed a vine-like pattern and Ford put stickers on her body to give Horner an idea of where her pain was and where the henna should swirl. The fact that the henna covers her entire body demonstrates how migraine pain can affect more than just your head — it can be a full-body experience.

Then, earlier this year, she did her entire project again, to show how her pain had changed. Ford now experiences pain in her arms, shoulders, elbows and joints, so the henna snakes around even more of her body. The process takes about six hours and having to lie still that long is physically difficult for Ford. Since henna is applied best in a warm space, a space heater was on, and between the heat and the smell of the henna and witch hazel Horner used to clean her skin, Ford said she almost passed out.

Seeing the finished product was overwhelming, she said. “Just seeing how much there is, how much was covering my body, a part of it was like, ‘Finally, wow, I can see it,’ and also ‘Holy shit, that’s a lot.’” 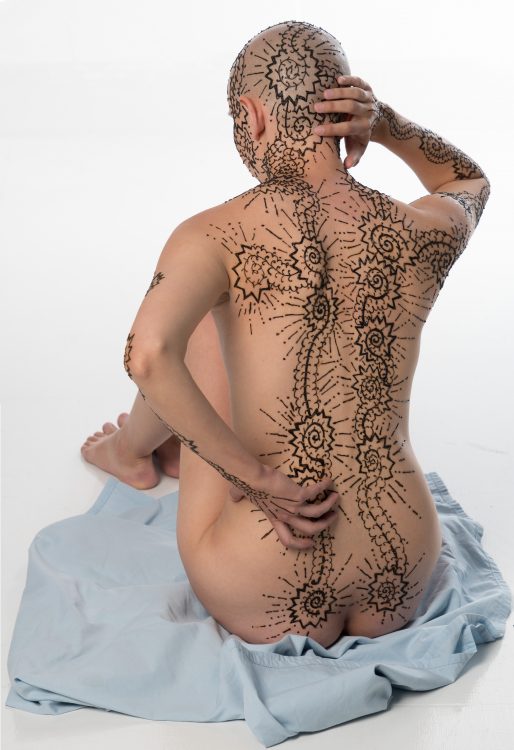 Ford intends to redo her project every five years to show how chronic pain can change over time, and hopes to have her photographs printed and installed in a show at some point in the future. Because henna lasts for two weeks, she says she got a lot of stares, especially since she also shaved her head for the project. Though these stares didn’t always start a conversation, Ford’s goal is to open up discussions about the different ways disability can look.

“I think people generally have an idea of what a disability is and this doesn’t fit in that,” Ford said. “It’s a double-edged sword of, yeah I look fine so I can ‘pass,’ but I don’t feel fine. And since you look fine, it seems like there can be a limit of people being understanding. Initially, they’ll say ‘Oh yeah, take time off,’ but at a certain point people expect you to be normal.” 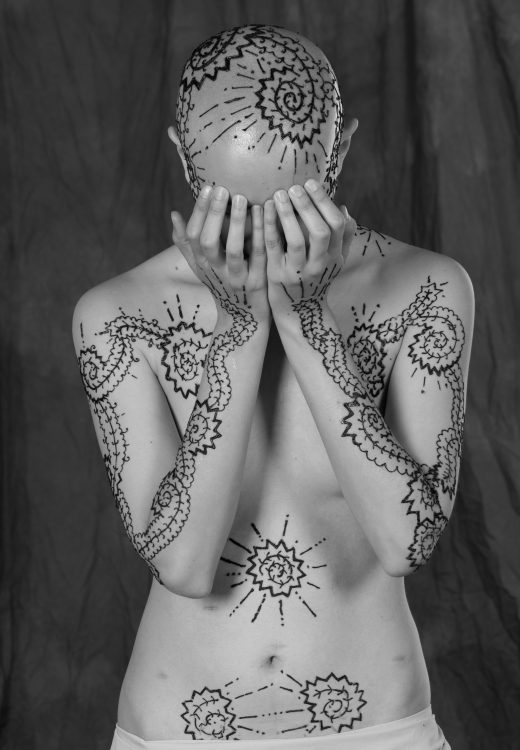 Ford’s henna project isn’t her only foray into turning her invisible pain into visible art. In 2012, she started creating ceramic busts of her head adorned with representations of what her pain feels like — screws pounded into the skull, wires laced throughout the face and an exposed area of the brain.

Ford displayed the heads at a show in Fort Worth, Texas in 2013, and said many people would spot one head immediately and recognize it as how they had felt. She even met one couple whose son has chronic headaches, who left the show with a better understanding of the pain he experiences. 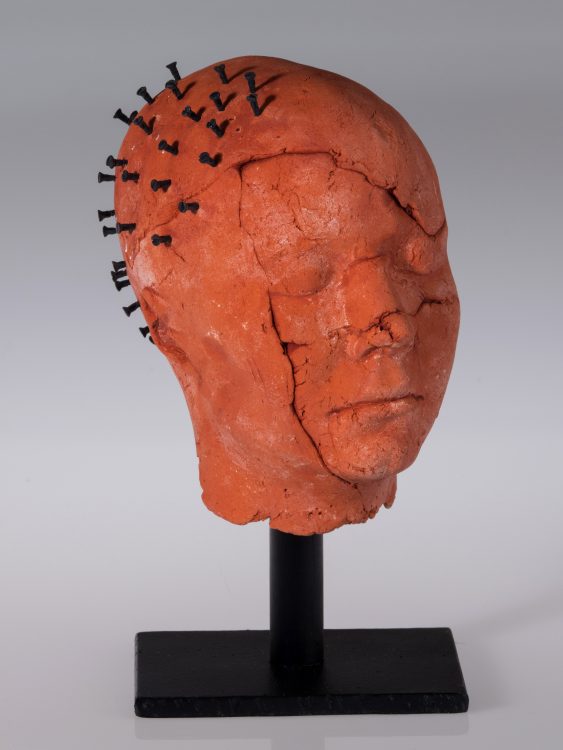 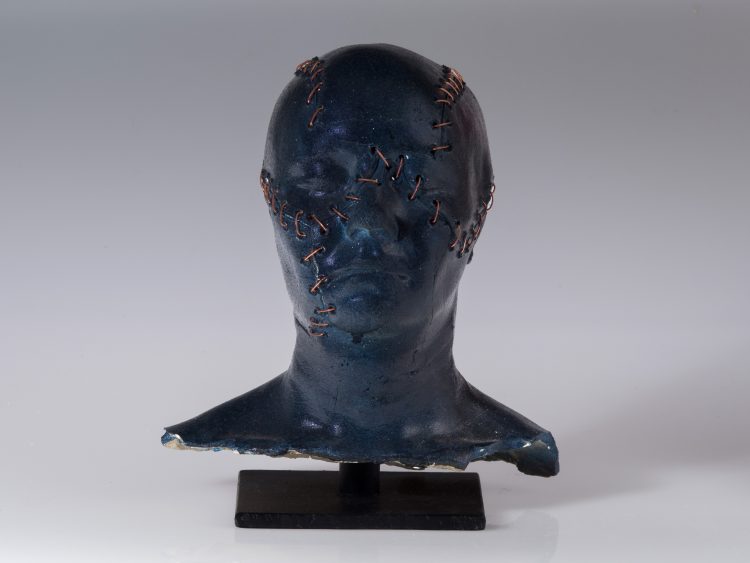 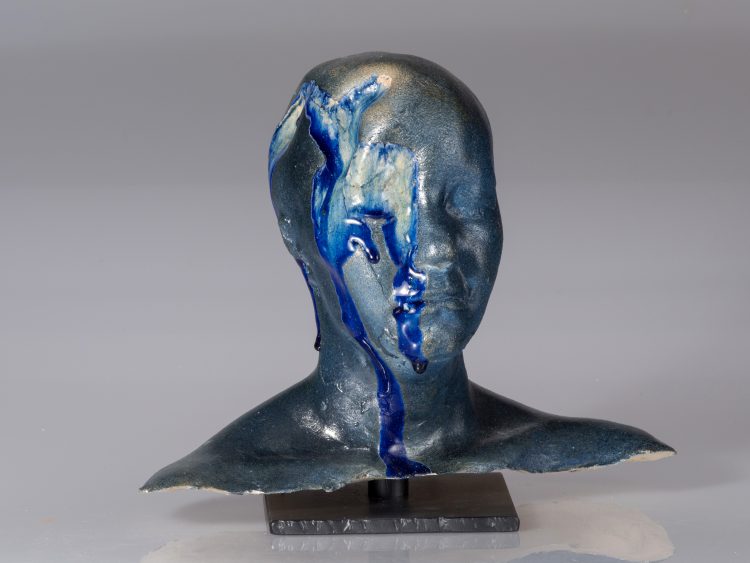 And that’s what the artwork is ultimately about for Ford — breaking down the barriers of invisible illness and raising awareness of how life-altering invisible disabilities can be, particularly as they relate to health care. If people are hesitant to talk about their own experiences, she said, politicians don’t know and may think everything is fine when it’s not.

When people who also live with chronic pain view the images, she hopes they’ll be empowered to know that even if their pain is “invisible,” it is real and they’re not making it up.

“It’s partially a coping mechanism for me. It’s partially me trying to grapple with this, understand it. The second part is that, there have been times I’ve been in dark places and talking to someone in a similar situation has had a profound effect in validating my experience,” Ford said. “If I can do that for anyone else, that would be amazing.”