How Babesia, One of Lyme's Co-Infections, Has Changed My Life

For most, it starts with a symptom. There may have been others before, but they seemed normal: an achy joint, headache, being extra tired, a flu-like feeling. And they didn’t last. They came; they went. Eventually though, a sign of sickness, so bold, so brash crashes into our awareness and stops us. It may stop us from walking, remembering, speaking, moving, eating. Lyme embeds itself in every part of the body so it has a lot of choice as to how it will damage us.

This is the way we discover we are sick. This one loud signal becomes the bellwether, and all the others begin to ring out until they are a cacophony of indicators and any pretense of health is finally done away with. These symptoms shift and move, take turns. Like a pot of soup, some float to the top, but with a stir those sink, and a different set rises. It’s no wonder it takes so long to put them together, to give them a name. To realize they are Legion.

Lyme patients tend only to recognize the signs by looking back. In the midst of it, doctors try to sort it out. They name a condition to go with each symptom and a drug to go with each name. But when we finally find that one physician whose eyes and mind are open, whose medicine has kept up with the research, we get an answer. We exit his office armed with, and bewildered by, a new truth. We have something. We have Lyme disease. One thing that’s really many things. Legion.

We climb into our car. Dizzy, exhausted, aching, struggling to recall the way back home. But at least now we know why. On the drive, we say to ourselves, out loud, “Oh, that’s why last year I…” or “I remember feeling… It must have been the Lyme.”

The harbinger of my decline, I believe, was a protozoal parasite called Babesia. Most people don’t realize Lyme disease is caused by a bacteria, let alone that chronic Lyme is a whole army of infectious organisms. Although the symptoms of each do overlap, I look back to my beginnings and believe it was Babesiosis that rose up to conquer me first. I have two strains, but their symptoms are similar. 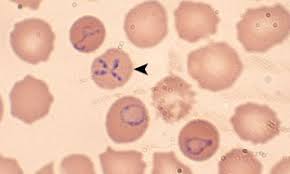 My Lyme experience started in a panic. Not anxiousness or nervousness, not fretting or worrying; a panic. My mother had passed. I thought that was why I was lying awake in my young son’s bed trying to protect him from the people I believed lurked outside his window. I thought her death was why I began blacking out – once, while driving, long enough to take out a mailbox. I thought that was why I was seeing things and people who were not really there. It was stress. It was normal.

It stopped, and I moved on thinking I was over it. But during the next seven years, these things would come and go along with other warnings.

In my pre-Lyme existence, I avoided doctors, but two weeks of nightly fevers, vomiting and diarrhea finally forced me to drag my embattled body into my physician’s office. He was surprised to see me. It had been three years, after all. But he managed a whole five minutes with me, ordered a complete blood count and told me to make sure I was up to date on all my “female things.” I complied, and one pap smear, a vaginal ultrasound,and stool test later, I knew I had a benign cyst on one ovary, blood-free stool and a hemoglobin of 9.6 – nearly transfusion-worthy.

Sometimes, I imagine the little parasites, like enemy submarines, swimming through my vessels, blowing up red blood cells. Lysis: it means “to loose” or to “unbind.” That’s what Babesia does to a red blood cell. Like a microscopic battering ram, it breaks down the cell wall so all the vital ingredients inside drift away and disintegrate. Other times, it inhabits the erythrocytes, forms them into little groups. “Sludging,” they call it. This clumping against the walls of capillaries, and arteries, blocks roadways built for lifeblood to travel. Red blood cells are transporters, delivering oxygen to every part of the body, and while they’re at it, dispelling carbon dioxide so we’re not poisoned to death. When I am doubled over sucking in air without relief from the feeling of needing it, when I can’t stop yawning, when my hearts jumps like a cricket in my chest or pounds like a hammer, Babesia is at work starving my tissues and organs of air.

I know Babesia well by now and am certain it inhabits every part of me, but it has an affinity for the hypothalamus and prefrontal cortex. I don’t know why this is, but I do know the consequences.

The hypothalamus is a stabilizer. Homeostasis is this gland’s job. It controls the body temperature, thirst and appetite. It lulls us to sleep or drives us to stay awake for sex. Oxytocin, that hormonal hug, is produced by this gland, and helps us feel relaxed, happy, loving, empathetic and overall more mentally stable. The prefrontal cortex houses the personality, and many forms of complex thought: problem solving, decision making, management of social behavior, concentration in the midst of distraction. It manages our moods.

Living with dysfunction in these areas, as well as with red blood cell killers means sudden shifts in mood and emotions, instant alterations in one’s physical and mental state, disruptions in cognitive capacity and depletion of energy.

I am on fire. A hot ache inside my chest, swells, then unfurls. It rolls through my torso, filling the length of all limbs, culminating in a stinging tingle to my extremities. I grip the arms of my chair and lean forward, gasping at the onset of this ignition. I want to tear off my skin, find my way out before my body erupts. Night brings fever and drenching sweats; I seek relief in a long, quiet soak, but the bath water is too warm. I feel my last breath coming; I think my heart will stop. Summer’s heat is a thick sludge. It seals me in, and I slog through, heavy and lethargic. It seeps into my brain, and I cannot think or understand.

I am frozen – my toes cold, pale. I know they will snap if I’m not careful. The sounds of shivers and chattering teeth reveal my location under layers of clothes and blankets. I go outside bundled in long underwear, wool and down only to find myself sobbing because despite the layers, I am unprotected. Glacial air knifes through my skin, my muscles, all the way deep down to the bones. Then I peel it all off like a wild woman trapped in a cage inside a pit of fire, clawing and scratching my way out, fearful once more of an impending detonation.

I am exhausted. The sleep of Babesiosis is a never-sleep. I close my eyes, but don’t rest. My mind is busy, one incohesive dream after another, after another. My eyes open in the morning, but I have only switched worlds from restless night to bone-weary day.

I am a wreck. A cluster of nervous paranoid anxieties fill my head and sit like a stone in the pit of my stomach. A heavy blanket soaked in despair, defeat and sadness drapes my whole self and keeps me pinned down, robs me of light and air. I cannot lift it, cannot crawl out from under so I let it hold me until it doesn’t.

I am numb. My personality has vanished. Where are my emotions? There are days, even when faced with the death of a friend, when I am unmoved. As I exist in this strange anesthetized pose, I am conscious of its oddness; I wonder in those moments why I am not crying, why I am making a pretend sad face as I hug loved ones. Why I feel nothing.

I am confused. Oxygen cannot be late to the brain without upsetting the whole operation. I am sick of standing, clueless, in the middle of a room, no idea why, nor what I am meant to do, and often no memory of getting there. I am weary of panicking when my phone calls are answered because I have no idea who I called or why, or can’t remember answers to questions like, “What’s your date of birth, your social security number, your name?” I’m weary of having to change passwords because I can’t get letters in the right order. Babesia inflames the brain, causes it to swell, blocking blood flow. I know when it happens because I become a fountain of tears: leaks sprung by jabs of despair, anger, frustration, happiness, fear. Emotions bundled so tightly together, fighting for control, they rule me until the Babesiosis is, again, muffled.

I am in pain. There are days Babesia sits in the middle of my forehead and hurts without relief for months. My neck is strained, fatigued. I cannot hold my head upright for long and feel as if I am stopping a locomotive with the back of my skull. At times, I think the little bugs are lodged in my throat because I cough and cough until it’s raw. My muscles spasm and ache, quadriceps unable to bear the weight of a magazine, deltoids feel as if I’d endured 10 tetanus shots the day prior.

Like the contents of my red blood cells, I am undone by Babesia. My personality – who I am – my emotions, thoughts, understanding have all been let loose. I am drifting away. Comfort and peace, things I once possessed, are now unbound. There do not seem to be any walls to keep me together or keep me safe, no place of rest that cannot be invaded by these creatures. “Loosed,” “unbound,” may conjure ideas of freedom, but this is not that. This is a disorientating, perplexing shove from behind into open air with no sense of place, no certain hope of landing.