When People Suggest My Kids Are Independent Because of My Disability

Parenting isn’t easy. Parenting with a disability can be even harder. Even harder still is overcoming the preconceived notions of “disabled” parenting.

This past weekend, I was able to visit with a friend and catch up over a meal. At one point, we touched upon how independent my boys are. My friend says it’s because “they need to be” due to my disability. I know she didn’t mean to hurt me, but if I’m honest with myself, it did – her words stung. I don’t like to believe that my having cerebral palsy has affected their childhood in any way. But has it? Perhaps.

From a young age, my boys were able to dress themselves, brush their teeth and hair and fix their own breakfast. They could get themselves ready to go out the door without any parental intervention. Was it because I had a disability? No. It was because I wanted to raise independent young men who would thrive.

My boys are independent by design. However, I do believe my disability has slowed us down as a family a bit – it became really apparent in the last six months. In July of 2016, I had major surgery SDR in St. Louis under the care of Dr. Park. My recover road was unknown. So, I made arrangements for my parents to take my kiddos for six weeks. My boys had an absolute blast with my parents and other friends and family who offered to take them to do various activities.

My recovery was going great too! I was so relieved I could walk, run, balance and play with my kiddos again by the time the school year rolled around. But, I’d planned to have an orthopedic surgery around Thanksgiving – bilateral PERCS heel cord lengthening. It was supposed to be easy compared to the first surgery. While I am making great strides and doing well, six months later, I’m still slowing my family down noticeably. 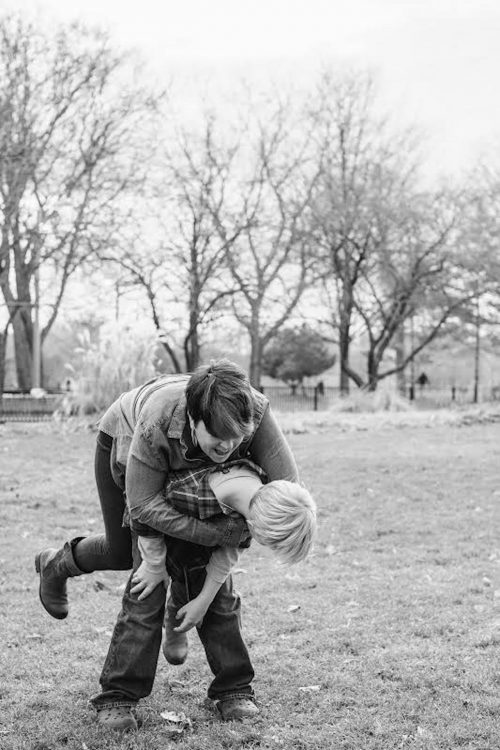 For the first time in my adult life, my cerebral palsy is having a palpable affect on our family. We haven’t gone on long walks, to the theme park, to farmers’ markets or on bike rides per our usual – and I miss it. My kids miss it. But, it’s getting better. Last weekend, it was in the 90s here in Chicago and we went to the beach. Was I running around in the sand with them? No. But we did have fun together, and we made the most of it.

Share
or  Copy Link
Link copied to clipboard.
Be first
169