Girls Can Have Autism, Too

As an autistic female, I am fed up with the media’s portrayal of autistic characters. The way they talk about us, laugh at us and speak for us. All of the shows about autism are about us, not for us. Most of them use autistic characters, whether they identify as autistic or not, as comedy. We are a joke to them. I’m sure they did research, studied our ways and came to some conclusion they had an understanding of our culture. They would be wrong. Every single thing I see about autism is incorrect and does not represent us or who we are as a community.

We are not here for you to use in your comedies to get a cheap laugh. We don’t burst out sex talk at the kitchen table. We don’t all sound like robots and get into hilarious, awkward situations on a daily basis. Most of the struggle we have is internal, unless it’s a meltdown, which is often visible.

The spectrum is as diverse as the rainbow, yet it seems the focus is on white males. Autistics come in every race, color, and gender. It’s a slap in the face to many of us every time we see a skinny white boy doing funny things for a laugh on television. If we ever expect society to get this picture out of their heads, we need to change these expectations.

Girls have autism too. About 1 in 68 children have been identified with autism spectrum disorder (ASD) according to estimates from CDC’s Autism and Developmental Disabilities Monitoring (ADDM) Network. ASD is about 4.5 times more common among boys (1 in 42) than among girls (1 in 189). ASD is harder to diagnose in women and girls because we often mask our symptoms better than boys. We are able to develop coping mechanisms and hide our autism. If we altered stereotypes and offered more support to girls coming forward with an autism diagnosis, I believe these rates would change.

There is no cure for autism, and most of us wouldn’t want one anyway. Autism allows me to have special interests. These are areas I am hyper-focused in and I can learn with savant-like abilities. I read five times faster than your typical college-educated adult. I had read Shakespeare and Tolkien before I was in middle school. I taught myself every single subject in school because I couldn’t learn from my teachers. I spend countless hours engaging and talking about my special interests.

There are two books I believe every autistic person and those looking to learn more about autism should read. The first is “Thinking in Pictures” by Temple Grandin. This book describes how many of us see the world. We are different, not less. The second is “Look Me in The Eye” by John Elder Robison. I identified strongly with the themes of growing up poor and having a bad home life. Yet through special interests, a strong force within many autistic people, he was able to become the successful person he is today.

Share
or  Copy Link
Link copied to clipboard.
Be first
390 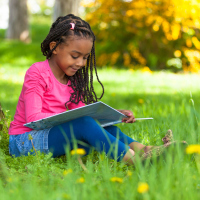