This week marks the one year milestone of the start of my therapy, and the blind plunge into a whole mess of emotions. It’s been a roller coaster of ups and downs with my therapist, but it’s thanks to her, I can confidently say I’m so different from the girl who walked into her office last year — in a good way.

However, I now begin to realize that on this roller coaster of life, each up and down comes with a new view and perspectives that differ from previous points. Personally, knowledge has been a tool I’ve been able to use to become more aware and invest in self-care. As a psychology major in college this past year, I was able to make leaps and bounds in my progress with the topics I was learning in my classes.

That is, until this week.

I began to take abnormal psychology, and by memorizing the DSM-V, I realized I had never asked my therapist for my diagnosis and it never came up. I think the part of me that denied my mental health struggles all these years found comfort in the lack of a label. But now, I can no longer live in ignorance. For my exams, I have to distinguish between different disorders by their symptoms. I know my symptoms.

So I brought it up with my therapist and for the first time, she began talking through my symptoms from a clinician’s viewpoint, and she began to explain my possible diagnosis. Given my life experiences, I can understand the complexity of this task. However, I think I always thought she had one diagnosis, and so hearing the possiblities, even when she told me to listen with “removed emotions,” left my mind tangled in a mass of pure confusion.

And I get it, it takes time to diagnose. It takes time to observe symptoms and coping behaviors. It’s not a linear process because people change. My therapist may not know either and I don’t blame her.

But that brings no comfort to the me that just wants to get better. I’m sure I’m not alone. Whether it’s the first few weeks into therapy, or a milestone calling for reflection on the way to recovery, it’s bound to come up.

Honestly, I hate it. I want to know what I’m fighting. It’s like swinging a sword into a fog, hoping to hit the enemy and desperately exasperating all your senses, squinting and intently listening, in hopes of finding clues that may reveal the hidden opponent. It especially sucks when the fog seems to be thinning, and then you realize it’s definitely not, and rather becoming more dense instead.

So I sat in this fog these past few days. Thoughts of “why keep fighting” and “I’m so messed up, let’s back out” made several disturbing visits into my mental processes. It’s been a rough few days.

But I now realize that this gray is  OK. The color gray itself is a transition phase that can be obtained by mixing a variety of different colors. Every individual is unique in the same way, and different disorders and the healing that follows appears differently, based on each person.

Share
or  Copy Link
Link copied to clipboard.
Be first
259 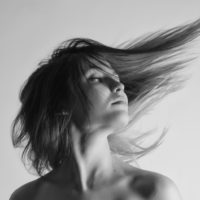