How the U.K.'s Disability Assessment Process Makes Me Feel

As many people with disabilities already know, getting assistance from the state isn’t as easy as others would like to imagine. We often have to fight for help and have to prove and re-prove ourselves for that aid. I write this from the perspective of someone in the U.K., and I am sure it is both better and much worse in other parts of the world, but I’m sure a majority of us can relate to the sentiments I talk about here.

From my own experience, I applied first for financial help only for my Asperger’s syndrome as I had not developed fibromyalgia as well at this time. I was told by my Community Psychiatric Nurse that I would automatically be declined as it was a mental health issue. This in itself is pretty disgusting, almost as though the system assumes disabled people are guilty before proven innocent. She was right; I was declined, and had to appeal. I started receiving financial help and felt able to relax with some stability and security that regular income provides, but it wasn’t to last. I was sent to an assessment to discuss the way my Asperger’s syndrome impacted my life. The interview was carried out by Atos, a private company, on behalf of the government. The word of my National Health Service, fully trained and qualified doctor and community nurse wasn’t enough it seems.

After the assessment, I then found I was having my financial security removed — and in the report that was sent to me, I found lie upon lie on the pages. It even stated that I was able to attend the assessment alone despite having my Community Psych Nurse sitting in the room right next to me the whole time. I couldn’t believe the utter tripe written on the page and appealed, going through lie by lie and offering a rebuttal for each, with examples. I then waited, and after two months I was finally told I would receive financial support again. My experience with Atos is not isolated; it has been reported that they have targets to keep financial assistance to the disabled low, and after people have had their security removed they have often won their appeal, really throwing into question the motives of this company and the government’s use of them.

Since then I have been frightened by every brown, government, official-looking envelope that comes through my door. I’m scared of losing my stability again, and dread the post each morning. After developing fibromyalgia and the government changing how disability benefits work, I have been to another assessment, this time carried out by the NHS. I did not have to appeal, but my peace wasn’t to last forever and recently another form came through my door, asking me to explain for the fifth or sixth time now how my disability affects me. If there was any change I would and have rang the Department of Work and Pensions promptly to let them know, but they still feel this nearly-annual trial is appropriate. Yet again, as a result of filling in that form I am being sent for another assessment, and this time it is again being carried out by Atos, although they are changing their name to Independent Assessment Services. It had been reported that the Atos contract was terminated after so many controversies surrounding them, but I guess they got a new one. Perhaps they feel the name change will get rid of their stigma.

In the days leading up to my next assessment I have found it difficult to sleep, churning the interview over in my head and have become more depressed than usual, finding it hard to wake up as well. The leaflet that came with my letter this time tries to make it seem as though they’re just checking up on me, to see if I am all right, but this could not be further from how it makes me feel. I feel like by being disabled I am guilty and need to be assessed and re-assessed despite my conditions being lifelong. Regardless of what I tell them on the form, I feel I will not be believed and will be judged by someone I’m not even sure is qualified to assess me on a medical basis. Moreover, I just want to be left alone.

Having mental health issues and pain is difficult enough without the added stress of the threat of losing your financial stability hanging over your head at any given moment. I am not even sure whether this saves the government money, as such companies report profits of half a billion pounds over four years. Luckily, I have a supportive partner and friends to get me to and from my upcoming assessment, but I cannot help still feel angry and frustrated at the whole ordeal. 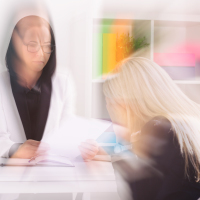