When My Partner Refused to Accept My Autism Diagnosis

It was early 2014, and I’d just moved into a new rented house in town. Things hadn’t been right for a little while and I was feeling very low, anxious and generally not coping with life.

My partner at the time had always had a lot of issues of their own, based on their gender identity and a longstanding eating disorder for which they’d needed inpatient treatment more than once. Although the relationship was never easy, I’d always accepted them and worked with them, rather than trying to offer help I knew I couldn’t give. My home ended up almost as an escape for them, where they could experiment with their identity and appearance and it was just accepted that was how it was.

My mood was sinking lower all the time, and my doctor sent me down to see the local crisis team for an assessment. I’d turned up expecting to be given an appointment on a different day and sent away, but the lovely receptionist on the team saw how distressed I was and said if I could hang on half an hour and wait, she’d get one of the team to see me that afternoon. It ended up becoming a massive turning point in my life.

Sitting in the stuffy room, I cried in front of the doctor and explained how I was feeling. She didn’t judge, she didn’t make any sweeping statements about what I should or should not be doing — but at one point, she sat back in her chair and said:

“Has anyone ever assessed you to see if you’re autistic? I really don’t want to make any rash decisions, but you seem to be displaying a lot of the criteria. I think it would be a good idea to see if this is what’s at the root of all your issues right now.”

I didn’t argue with her. I was too tired to, but I agreed to getting an appointment with the assessment team at the local hospital and we’d take it from there.

On getting home that evening, I started to do a little tentative research and it truly was my light bulb moment. It all hit me in a rush. I’d not been coping and my mood was so low because of all the changes I’d gone through and not dealt with properly. My brain was overloaded and my body was no longer coping.

That night, I called my then-partner at their home, feeling they’d understand what I’d gone through; they’d listen and offer support. After all, I’d done the same for them.

“So I have something to tell you. Well, something you need to know. I’ve been to the crisis team today and they want to have me assessed to see if I have autism, as they think that’s probably what’s at the root of the way I’m feeling,” I said.

There was a short silence, then laughter at the other end of the line. “Haha… really? No… haha, no way, you’re not autistic. Sorry, but no.”

Nothing can prepare you for that, to hear the person who says they care about you openly laughing at something that’s affecting you… something that took a lot of courage to admit.

I asked them to explain why they’d laughed and why they’d answered as they had. Their response listed scores of reasons why I couldn’t be autistic, and every reason why they were the one who had autism.

It hurt. It really, really hurt.

I believe that moment sealed the end of the relationship. Anything I felt for them died in that one moment. Though we carried on for just shy of another year, everything turned after that conversation. I could no longer give them my support — after all, why should I? They’d offered me nothing except the hollow sound of a cruel laugh.

Every time the topic of my possible diagnosis was raised, I had to go out of my way to prove just how autism affected me. My partner even had their mother on the case — she also disagreed, and made no bones about it. Between them, they knew better than any of the doctors on the NHS. It got so bad we stopped communicating and I withdrew. And that was no way to live.

In the end, after a year on the waiting list and then eight weeks of going back and forth to hospital and undergoing the assessments and tests, I was formally diagnosed. The wedge it had driven between us was insurmountable. A few weeks after it happened, I finally found the strength to speak up and say, “I can no longer be your partner. I wish you well, but this is where it ends. You won’t hear from me again.”

I did hear from them, a message to say that cutting off contact and not speaking meant I had no regard for them and whether they lived or died.

Looking back, as tough as it was — it was the right decision. Life is by no means perfect now, but I’m further on than I’ve ever been and have a lot of positives to take from what was a very dark situation. 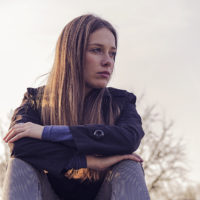