Whether you hate it or you love it, sports entertainment works by getting your attention. I’d call it
“storytelling,” with wrestling as the pen and the mat as the paper. What happens is already known beforehand, but how they get there is the fun part.

People probably know John Cena as the “good guy” who will win most of his matches. People probably know Brock Lesnar will attract some kind of attention. The route writers, bookers, agents, and most importantly, sports entertainers use to gain attention is what keeps people tuning in.

The WWE came into my life when I was younger thanks to my brother. I have no memory of the first match I ever watched, but somehow during one of the many times he watched WWE programming, I stuck around and watched alongside him on our living room couch.

As soon as I embarked for college, I just didn’t have time for wrestling anymore, like many other fans tend to go through when entering adulthood. I spent years keeping up with storylines but never tuned in to watch. That all changed two years ago.

I’ll keep that story short. I graduated from college and headed to the big apple to pursue a career in editorial writing. I had accepted a job with a major print publication and moved with two suitcases and a dream at hand. After arriving, I fell victim to a housing scam, lost that job while dealing with housing issues and had to move back to my hometown due to financial issues. A few weeks after, I started getting sick and it was difficult to find work. It was only earlier this year that an abdominal tumor the size of a tennis ball was removed from abdomen. They called it a benign lymphoma. I called it the worst two years of my life.

Somewhere between this mess, I tuned into the USA Network in the middle of a Monday night Raw broadcast. This time around, I remember a little more of what I saw. There was a character by the name of Bo Dallas (the WWE fans reading this are probably confused).

Bo Dallas is a character based off what an annoying inspirational speaker would be. He’s not the most popular WWE superstar there is, but I guess my subconscious attached itself to him, maybe because of the shirt he wore for a long time that read “bolieve” (a play off his name). 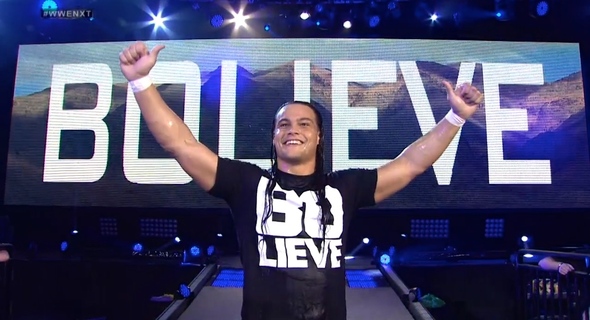 Everything was going wrong at this time. And when I finally thought they would get right again, my father passed away. Weeks before that my mother had a cancer scare (which would have been her sixth relapse). Weeks after that, I went through another medical scare that only resulted in being put on opioid medication for migraines (thankfully). To say that my happiness was at a low place is an understatement. For some reason though, professional wrestling has done what friends and family couldn’t.

It’s shaken me away from depression. It’s led me to start a fitness journey again — to lose the weight these past two years have put on me. It’s done what the WWE lives by: putting smiles on peoples faces.

There’s more wrestling aside from the WWE too, and they deserve their own recognition as well. Professional wrestling might be a staged arena that has led to be deemed “sports entertainment,” but the athletes who grace that stage should not lose the title of “athlete” in the process.

I may be 24 years old, but I can still get a good laugh from the tag team of Breezango, get pulled into the semi-reality based plot lines like The Miz and Maryse verses John Cena and Nikki Bella, be in awe of the athleticism of Charlotte and root for the underdog that is Sami Zayn. 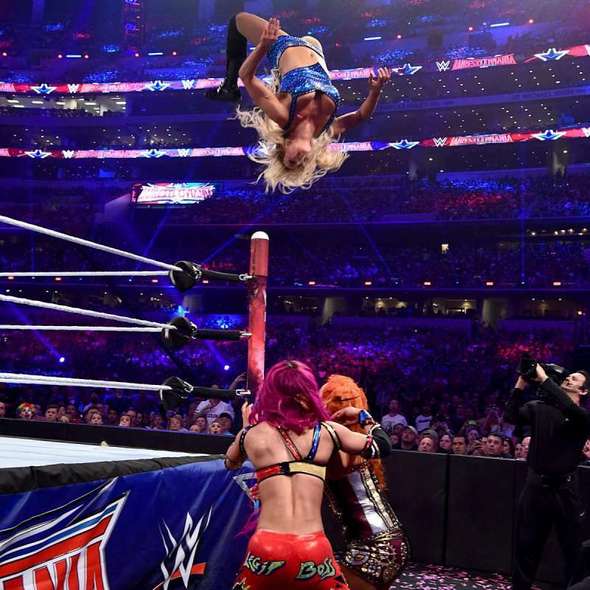 After Bo Dallas began to get less TV time, superstars like Sami Zayn and Dolph Ziggler kept me around. The whole system that is WWE, however, never led me astray.

I soon found myself glued to some kind of screen on Monday and Tuesdays to watch WWE programming, and after shows on sites like Fightful, Wrestling Inc, and Afterbuzz TV. Midweek I found myself never failing to tune into podcasts such as Cheap Heat, Sam Roberts Wrestling Podcast, The Sheet, and quite honestly, too many more to continue to name. I began to watch content from other popular wrestling promotions as well. And I never strayed into a dark light again thanks to professional wrestling.

While storylines may not be “as great” as they once were, or wrestlers might not be as extreme as you want them to get, wrestling fan or not, WWE and the wrestling world combined will be the comedian that never fails to get a reaction out of me, whether I boo them or cheer, fall asleep or grin from ear-to-ear. That is entertainment and this is how professional wrestling and sports entertainment impacted my life — and this is my thank you note to it.

Images via ing.com and sportskeeda.com

Share
or  Copy Link
Link copied to clipboard.
Be first
84