Because of Daniel, I Continue to Fight to Find a Cure for Osteosarcoma

“If I can save one heart from breaking, I shall not live in vain.” – Emily Dickinson

I know I am supposed to be hopeful, upbeat and optimistic. But I do not know how to do that.

My Daniel is dead, and he died after such great pain.

None of that is very hopeful.

But I believe it is when life is at its darkest and bleakest that we most need hope. We need to create our own hope founded in the current reality but which imagines a different future — a better future, a future in which all the kids survive childhood cancer and thrive.

A future in which a kid like my Daniel will be alive and well. And somehow, someway, we have to work and find and imagine our way to that hope.

But what hope can I give you? And how do we get there?

I can give you the story of a boy and the hope that he has inspired.

A brave, beautiful and beloved boy.

An incredibly tough boy who never gave up, a boy with a smile that could light up a room, who never stopped smiling in spite of terrible pain.

A boy, who before he died, told me to look for the light and to keep going with my research into osteosarcoma genetics.

A boy who pushes me, inspires me and lives in my heart.

A boy named Daniel, the toughest, bravest, smiley-est person I have ever met.

Because Daniel never gave up, I could not give up, even when he was dying. So I taught myself osteosarcoma genetics and identified two drugs which corresponded to mutations in his tumor. These drugs prolonged his life, but were too little, too late.

Because of Daniel, I have continued my osteosarcoma genetics research after his death.

Because of Daniel, we held the first ever osteosarcoma conference in February 2017.

Because of Daniel, the osteosarcoma community has generously trusted me with their tumor genetics and medical history data to create the largest IRB-approved osteosarcoma registry in the world: POWR, the Patient/Parent Osteosarcoma Genome-Wide Registry.

Because of Daniel, I have used this data to run statistical analyses, identify genetic subtypes, and two biomarkers which correlate to particularly poor prognosis in osteosarcoma. And this data is being used as part of the justification for a ground-breaking clinical trial.

Because of Daniel, I am using my background in satellite communication networks to identify potential genetic chokepoints with a doctor at NIH.

My boy. My brave, beautiful and beloved boy. It is all because of you.

During Daniel’s illness and in the year since his death, I have heard too many times to count that osteosarcoma is a very difficult disease, an extremely aggressive disease. Most childhood cancers are.

I am a space engineer (aka rocket scientist) and like most people in my field, I have read and listened to JFK’s famous speech about the space race back in 1962 before the U.S. really had a space program and before we had put a human into space. JFK said, “We choose to go to the moon … not because it is easy, but because it is difficult.”

I believe we must choose to put our effort and energy into curing all childhood cancers not because it is easy, but because it is difficult. We must choose to cure childhood cancer because, as JFK said, “That goal will serve to organize and measure the best of our energies and skills, because that challenge is one that we are willing to accept, one we are unwilling to postpone, and one we intend to win.”

We must choose to make a difference.

We must choose to cure childhood cancer.

We must choose our children.

We must choose hope.

And we must chose it now.

I choose hope now. So that someone else’s child will live. 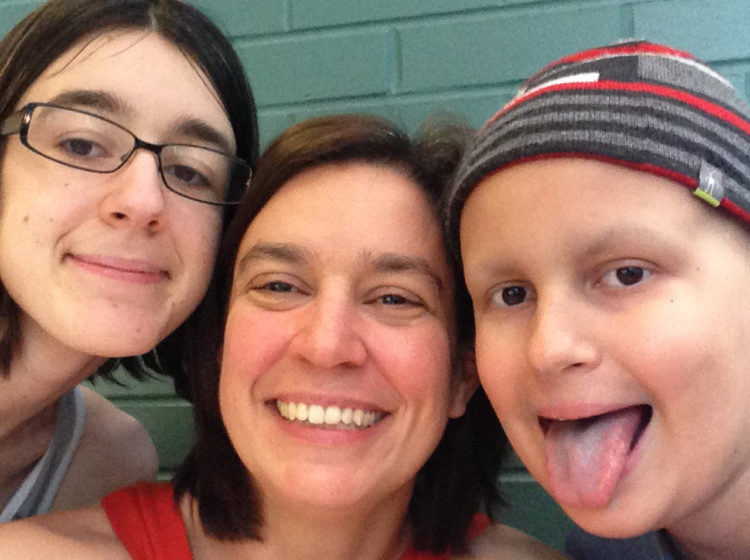 I love you, Daniel. Always.

Share
or  Copy Link
Link copied to clipboard.
Be first
217