When you’re dealing with health challenges, one of the most common things you’ll hear from friends is, “Let me know if you need anything!” But as many chronic warriors know, asking friends for help can be a nerve-wracking experience, which makes it even more important (and meaningful) for friends to offer up specific ways they would like to help. That’s a lesson the healthy population can take from Selena Gomez and her friend, roommate and kidney donor, Francia Raisa.

In an interview on “The Today Show” this morning, Gomez explained that over the summer, she began experiencing serious complications to her lupus, including arthritis and the beginning of her kidneys shutting down.

Raisa said she “knew she hadn’t been feeling well,” and one day, Gomez came home upset.

“She couldn’t open a water bottle one day and she chucked it and just started crying. And I asked what’s wrong,” Raisa said. “And that’s when she told me. She goes, ‘I don’t know what to do, the list is seven to 10 years long. And it just vomited out of me, I was like, ‘Of course I’ll get tested.’”

Gomez told Raisa she had too much happening in her life to consider donating a kidney. But Raisa said she called Gomez’s assistant and said, “Give me the information. I want to do this.”

Despite the fact that her kidneys were “just done,” Gomez said she didn’t want to ask a single person in her life to donate.

“The thought of asking someone to do that was really difficult for me,” Gomez said. “She volunteered and did it, and let alone somebody wanting to volunteer, it is incredibly difficult to find a match. The fact that she was a match, that’s unbelievable. That’s not real.”

Because Gomez was in an “emergency situation,” Raisa said she completed all the pre-operative testing and procedures (which usually takes six months) in a day. She also said she had to write a will.

While Raisa’s surgery went well, Gomez experienced complications after receiving the kidney and had to go back into surgery.

“My teeth were grinding, I was freaking out. It was a six-hour surgery that they had to do on me, and the normal kidney process is actually two hours,” Gomez said. “Apparently one of the arteries had flipped. I’m very thankful that there are people who know what to do in that situation.”

Gomez said she “got a space” for her and Raisa to go through the recovery process together. They were on bedrest and allowed to walk an hour a day. Raisa said it was a “humbling experience” to need help with things like putting on underwear and showering.

While her illness was at a “life or death” point before the transplant, Gomez’s health has now been transformed.

“As soon as I got the kidney transplant, my arthritis went away,” Gomez said. “My lupus —there’s about a 3 to 5 percent chance it’ll ever come back. My blood pressure is better. My energy, my life has been better.”

In the case of lupus nephritis, which is lupus that affects the kidneys, the drugs used to prevent the body from rejecting the kidney are the same or similar as those used to treat lupus, and it is uncommon for lupus to return in the new kidney, according to the National Kidney Foundation.

Ultimately, Gomez wants her story to help people, and to let them know that there are “good people,” like Raisa, in the world.

“I just really hope we can help somebody. I really do. I don’t think what we went through was easy, I don’t think it was fun,” Gomez said. “I just hope that this inspires people to feel good. To know that there is really good people in the world.”

Of course, you don’t need to donate an organ in order to be a good friend to someone with a chronic illness. But perhaps Gomez and Raisa’s story can teach others that being proactive, and offering up real ways you’re willing to help, can help lift a burden off your chronically ill friend. 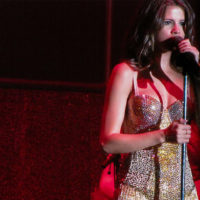