I stared at my therapist. With my mouth slightly ajar and a look of confusion on my face, I scanned my brain for a suitable response. I simply couldn’t find one.

You might be wondering what she asked me. It wasn’t a difficult question about how my thought-challenging was coming along, nor was it a question asking me to describe how my exposure work had gone that week. She had simply asked me what it was that I planned to do with my spare time now that OCD took up less of it.

This was kindly followed with a prompt of, “What do you enjoy doing?” The prompt produced the same reaction.

It took me such a long time to answer, that in the end, my chain of thought — which let’s face it, was attempting to loosen its tie while steam poured out of my ears — was let off the hook with a “It’s OK, you don’t need to know now. Have a think about it tonight.”

I did think about it that night. I thought about it as I drove home, as I made dinner and as I got ready for bed… In fact, I couldn’t think of much else. It was starting to dawn on me just how much of my time OCD had taken up.

It was also becoming abundantly clear, that I had absolutely no idea what it was I could do to fill my additional time. What is it people do to enjoy themselves? I mean seriously, what do they do!? As a mother, I understood my options were somewhat limited because of childcare, but even then, other mothers were getting out to do things, they had interests. What on earth were mine?

I spoke to my husband about it. “Who am I Pete?” “What do I like to do?” “What interests me?” “What do I stand for?” These types of questions, understandably, often provoke some sort of stress response and I wondered if I’d have to catch him as he bolted for the door. I also remember wondering if he wished he had a ‘“normal” wife who worried about “normal wife” things. I, of course, know this is a stereotype, but it didn’t matter at the time. He stared at me on and off for a while before managing to answer despite the pressure I’d put him under. But I didn’t always recognize the person he described — she was from a time before the intensification of my OCD symptoms.

So there I was, lying in bed that evening, wondering if there was anyone else out there who would’ve struggled to answer my therapist’s question. I mean, even the shortest of encounters with obsessive-compulsive disorder has the potential to change a person. So what about me? What about all those other people who have lived with the condition for so long that they may need to rediscover whole parts of themselves?

I came up with a plan. If I had a few extra hours free a week, I was going to use it to reintroduce myself to…

…myself. I was going to learn about me.

The first thing I did was go online. I researched types of hobbies and read about what people enjoy doing in their spare time. I did some sort of online CBT questionnaire that was designed to help people learn about themselves. I can imagine, to someone who has never been in this situation, it sounds a bit unbelievable that this was necessary, but as someone who had spent years “not having the time” to invest in things such as following passions and discovering new loves, I found it extremely helpful.

That somewhat one-sided conversation with my therapist took place three years ago this week, and I’ve gone through some huge changes since then. I’ve lost my parents and had a house move. I won’t go into that now (it’s the second anniversary of my mother’s death this week and I doubt I’d be able to keep writing about this if I started writing about how much I missed her) but in terms of identity, it hit me hard again. Without my parents, who was I? What do I do now that I’m not running errands to help them out or worrying about their health? I’m no longer a daughter, that was one of the things I could actually identify with!

Two years on from that, now that things are finally starting to settle into to their new normal, I’ve had plenty of opportunity to find answers to those initial questions asked by my therapist and in all honesty, it’s been a bit like being reborn. From the ashes I have risen, I’ve shed my old skin, I am Catherine 2.0…

Some things about me have remained the same: I still enjoy the same types of food, still have many of the same friends, still adore animals and still enjoy learning new things. I still love reading, teaching, fighting for what’s right and being ridiculously and shamelessly curious to the point of being down-right nosy. I still have my typically British sense of humor and can still, usually, laugh at myself.

All of those things have stayed the same. For other areas of my life I resemble a toddler — excitedly rummaging around in a world of the great unknown.

I’ve been introduced to the world of advocates, writers, artists and survivors, and it’s from this amazing bunch that I’ve added lots of new members to my tribe.

I’m now open about my experiences and condition; every one of my friends, and the majority of people in my life, know I have fought a pretty epic battle with OCD. I don’t greet new people with the knowledge of my condition like some sort of initiation ceremony to see if they pass the test, but it’s been such a fundamental part of me and my past that I don’t want to have to hide it, or be surrounded by people who can’t cope with that knowledge. I’m proud of who I am and what I’ve survived and I want the world I create around me and my family to reflect that.

Where I was once a painfully shy person, believing no one wanted to hear what I had to say, I am now someone who isn’t ashamed to share their views and speak for others who have yet to find their voice. I have been able to concentrate on building my self-esteem and harnessing my creative spirit.

Despite all these wonderful changes, it’s important for me to recognize the condition can still bother me. I need to make sure I keep up with my CBT “homework” and exposures, and I sometimes get relapses almost as intense as the very worse from my past. The difference now is that I know they will pass — they don’t last as long nor do they provoke the same level of fear they once did.

Three years ago, I had completely lost touch with who I was. Learning to manage my OCD symptoms has given me the time to get to know myself again. It didn’t happen over night, but as soon as I started having the time to learn about myself, it gave me an incentive to keep going with the exposure work, which in turn gave me even more time to follow my interests. It became a hugely positive cycle.

So, how do you begin to rediscover yourself as you start to feel better? The same way you do in every other part of recovery, day-by-day, one step at a time. Please never give up hope…

I have absolutely no doubt that some of the worlds greatest creatives, advocates and warriors are currently in the early stages of recovery, or are only just learning how to manage their conditions, and when they achieve that, the world won’t know what’s hit it — and that’s a great thing.

Share
or  Copy Link
Link copied to clipboard.
Be first
54 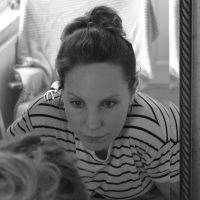