The Life-Changing Impact of Inclusive Schools 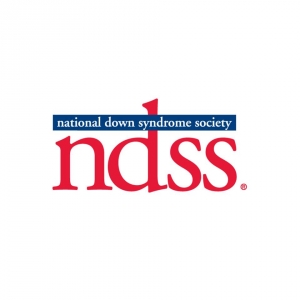 This week, in honor of Inclusive Schools Week, the National Down Syndrome Society is sharing real stories about how inclusive schools have made a difference in the lives of families of a child with Down syndrome.

My daughter, Kelly, began early childhood classes with a handful of students with disabilities when she was almost 3 years old. Most of her classmates were nonverbal. They were secluded from other children in a small class in the back of the school. As kindergarten loomed ahead, I knew I wanted her to go to school with her typically developing peers. So, armed with information from the National Down Syndrome Society, I headed into her annual IEP. The school planned to place her in a class where they put all the kids with a variety of challenges. She was to have pull-out therapy in several resource rooms. It was the way they had always done it. I asked that Kelly be placed in the least restrictive environment with therapy taking place within the classroom and not during academics. A whole room full of people just looked at me…silence. I was obviously going to be “that mom.”

Kelly was placed in a classroom with her peers starting in kindergarten and was not regularly pulled out. Most of her therapy was done within the classroom. Today, all children with disabilities are included in all regular education classes in her school system. The old resource rooms were torn out and replaced with areas that all students use to learn. It took about five years to make this happen for the three schools that make up her school system. The transition was well thought out and teachers were trained in groups.

Today, Kelly is fully included in high school and attends most classes unsupported. She meets with a resource teacher four days a week during study hall. Her classes are typical for freshmen at her school and include world history, algebra, English, biology, religion and art. She eats lunch with a big group of girls each day. Her first week of school she asked a football player to homecoming and she even got in trouble for Snapchatting with a friend during class. I guess you could say she’s a typical high school freshman — and that is just magical.