When you take time off from work for your mental health, whether to  “reset” or spend time in a treatment center, depending on where you work and who you work for, you might not be able to tell the whole truth about your absence. Unfortunately, mental health and mental illness are still very much taboo in the workplace, and you may be afraid your boss or coworkers might think of you differently if they knew the real reason you were gone.

After a local publication called out State Rep. Justin Simmons of Pennsylvania for missing 28 daily rolls and 498 legislative votes since taking office in January 2011, he found himself in a position you might be familiar with — deciding whether to tell his employer, in this case, the people of Pennsylvania, why he was really out.

Simmons decided to tell his story. In a video posted on Facebook, he explained he lives with obsessive-compulsive disorder (OCD), and that he missed days because he was seeking treatment. He said:

Of those 28 days [I wasn’t present], and as reported by the press, nearly a third were due to my wedding or related to the birth of our daughter. Another 11 days were simply sick days, having the flu or bronchitis, or excused absences from the house. That leaves eight days that I’d like to talk about, and that I think will help people understand exactly why I missed that time.

It's not easy to talk about such a personal issue so publicly, but I wanted to shed light on why I missed a number of session days in Harrisburg as your State Representative, and bring more attention to a very important issue. Since I was a child I've been afflicted with OCD, Obsessive Compulsive Disorder. I hope you will listen to my statement to better understand how OCD affects me and millions of people across the country. OCD has not stopped me from from living a full life or from representing the people of the 131st House District, and it never will. Thank you, as always, for your support.

Simmons explained that in early 2016, he experienced a significant “flare up” of OCD symptoms, and chose to enter residential treatment. This was the second time he had entered treatment for his OCD, the first being his senior year of high school. He said during his time in treatment in 2016, he focused on re-learning tools to control the effects of OCD.

“That treatment helped me to leave full and successful life for more than a decade, graduating college, serving in the House of Representatives, starting a family and more,” he said.

Politicians aren’t typically known for being open about their mental health, and few have. One notable example is Patrick Kennedy, a former Congressman from Rhode Island who wrote about his personal experience with mental illness and addiction in his book, “A Common Struggle.” Still, Simmons told The Mighty, OCD wasn’t easy for him to talk about in such a public way — and he contemplated for several months before releasing the video.

“It’s a very personal issue,” he said in the video. “It’s also an illness most people don’t understand. They think OCD is what they see on TV or in the movies. For some people, it is. But in many cases, it isn’t. It’s an anxiety issue. For example, for me, it sometimes causes me to withdraw, even from family and friends.”

No matter what side of the political aisle you’re on, we hope more politicians — and more people from every workforce — feel comfortable coming forward about their mental health struggles. No one is immune to struggling with a mental illness, and even leaders and people in power deserve to take time off for mental health treatment without shame.

Simmons said the reaction to the video has been overwhelmingly positive, and for other people contemplating opening up about their mental health to an employer, his advice is this: 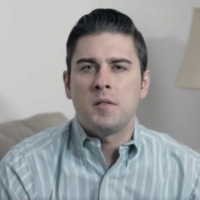