It has been 1,000 days since this all began, my depression. I know it is 1,000 days. I know the exact day I finally cried out for help. I have seen the good, the bad, even the most ugly parts of myself. I have even learned a little.

I have learned people can surprise you — a text on a bad day, a note in the post, just sitting with me in silence, it means so much.

I have learned my family isn’t rejecting me, depression is hard and even the most vocal in the family won’t know what to say at times.

I have learned rock bottom is a particularly tortuous place to be, but it gives you the opportunity to try, to find the real you. Surprisingly, I think this isn’t that dissimilar to who you thought was lost.

I have learned I have a “Doris” who lives in head. Doris likes to bully me. Doris is a bitch. But now that she is out in the open, she doesn’t have as much power.

I have learned that medication takes time, and going cold turkey is never a good idea, no matter what I tell myself.

I have learned using “aren’t I depressed enough?” isn’t the best comment to make just because I lost at Trivial Pursuit.

I have learned self-harm is difficult to admit, and even harder to learn how to stop.

I have learned to stop fighting — fighting is exhausting, and I never win. Acceptance, however hard it may be, helps.

I have learned that mental health is an illness — that I am ill. But I am still the same person I was, before I told you I struggle.

I have learned what it feels like to be spooned by a dog, have it fart in my face, keep me awake with snoring, yet feel so blessed to have my fury friend. 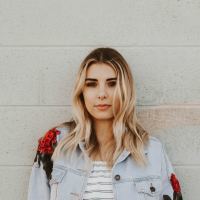