I felt the need to write this after reading about a comedian that defends using the “R-word.

Let me tell you a little something about my precious little man.

He is a super hero (he wears a “Red Hot Chili Peppers” shirt because he’s cool, too). 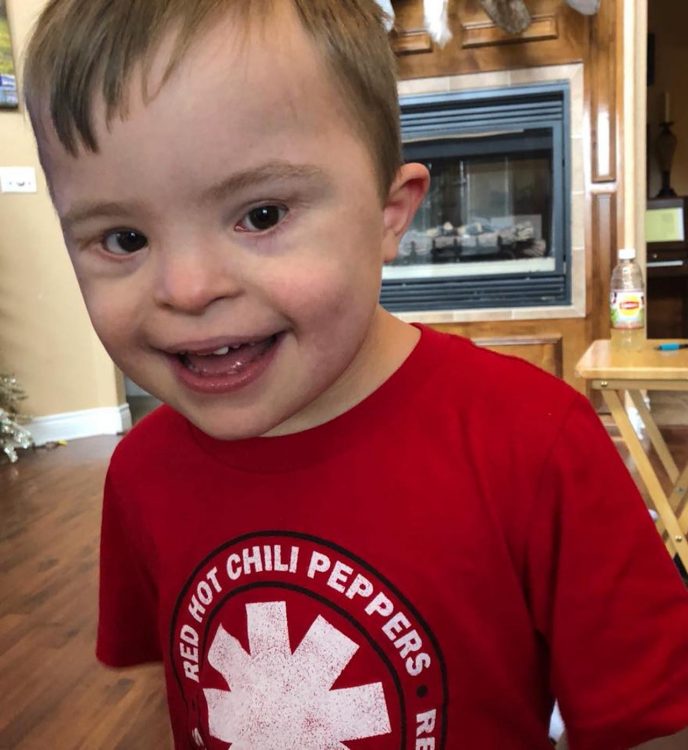 I just had a long, wonderful talk with his very loving, very gifted teacher, Dorie Cavazos Aramanda, and we got to jam on all things Alec.

He is smart, and not just a little. She says she often has to tell him in class not to answer questions because she wants the other kids to be able to answer.

When he works on something he likes, there’s no stopping him. But if he doesn’t like something, he digs in his heels and just won’t do it. If he doesn’t see a need for something, you can’t force him to do so (he’s a little like his Daddy in that regard).

He also has a killer memory. I was wearing a “Def Leppard” shirt the other day (because I’m cool like that), Alec points to the shirt and says, “Baby Gym,” (what we call the trampoline park he goes to). I’m like, “No kid. This is ‘Def Leppard!’ They sing ‘Photograph,’and ‘Rock of Ages!’ They are raaaaaad!” Then Laura asks me, “Did you wear that shirt when you went?” Gulp. Yes I did. Probably about two months ago. And this kid remembers.

He’s also the most intuitive human I’ve ever known. Intuition is defined as an instinctive knowing. Once, while in a line at Disney World, Alec nearly leapt out of my arms to launch into a hug for the man behind us. A complete stranger. The man had tears in his eyes as he told us how much he needed that. Just this last week, I had lunch with a very cool fellow real estate broker and Alec came along. Alec hugged him several times and even gave him a kiss on the cheek. The man got a little teary eyed and was so thankful. He needed that, too.

Maybe the biggest thing about this great big gift from God (in a tiny little package) is that Alec has a sweet, wonderful innocence about him — something I call a “Partnership with God.”

He seems unsullied by the cynicism and negativity of the world.

He is a pure and unfiltered light.

It’s the kind of light you can see in newborn babies before they have “switched,” to the worldly. Before they’ve been tainted by the things of the world.

But our Alec — he’s “Teflon.” The residue of our everyday life just doesn’t stick to him.

He is happy. He is unspoiled. He is uncut and unfiltered love.

I think that when you see him or watch him in a video you can get just a glimpse of that. But it’s so much more apparent when you get to spend time with him, and live with him, and get to witness the miracle of his reactions to life each and every day.

Our boy is amazing. 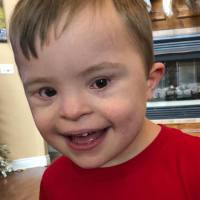