After Serena Williams' Childbirth Scare, I Realized I Wasn't Alone

I began writing this article several times, not knowing how to start it or in what direction to go. I am a middle-aged black woman who has a rare disease, a disability, and I had a high-risk pregnancy. After the birth of my second child, I experienced a serious bout of postpartum depression. In the last 10 years I have seen my fair share of doctors and specialists, as well as a therapist and psychiatrist. No one wants to believe they are treated differently by their doctor based on their race, gender, or sexual orientation. However, a study conducted by the Institute of Medicine found that black Americans received less effective care than their white counterparts, regardless of socioeconomic and insurance status. The study also found that patients of color also received fewer recommended treatments for chronic illness, including HIV/AIDS, cancer, and heart disease. A 2011 Institute of Medicine report on the public health impact of pain found that not only did women have higher incidents of pain, but they also had a higher tolerance for pain. However, the study found that women’s reports of pain were more likely to be dismissed.

Like many people, I read Serena Williams’ story of childbirth and wondered how that could happen to any woman in 2018, especially a woman of her socioeconomic and celebrity status. Still, her story really rang true for my own experience with childbirth. While I was pregnant with my second child, I was diagnosed with placenta previa which occurs when the placenta attaches itself near or over the cervical opening. Placenta previa causes vaginal bleeding and can lead to miscarriage, but my doctor did not put me on bed rest despite my numerous request and a previous miscarriage. It wasn’t until my second trimester when I developed pleurisy and spent five days in the hospital that my doctor put me on bed rest. A few months later, I ended up in the labor and delivery triage because of further complications. The doctor on duty did some routine tests and blood work, and came back to tell me that I had a sexually transmitted disease (STD). I would later found out that the test was wrong, but she gave me this news in a triage room that I shared with two other patients. I began to cry and asked her to run the test again. The doctor refused and left the room. My husband was not present when the doctor gave me the news, but needless to say I confronted my husband with this information when he returned and for what seemed like an eternity I thought he had cheated on me. Finally, a different doctor informed me that the test was wrong, and that I did not have an STD. This was one of the most embarrassing and humiliating moments of my life, and the doctors were incredibly insensitive to my privacy and well-being.

That was in 2008. In the last 10 years I have been asked to leave a postpartum depression support group because I was too depressed. A therapist I was seeing threatened to have me hospitalized, even though I was not a danger to myself or others. Despite telling a doctor that my brother had been diagnosed with muscular dystrophy, he refused my request to do a simple blood test that would confirm muscle damage, and when I went for a second opinion that doctor told me that women don’t get muscular dystrophy. I wish I could say that these are the only times that the medical and mental health professionals let me down, but sadly it is not.

I try not to focus on these negative experiences, and I did file complaints against a few of these doctors. I have been fortunate to have had some excellent doctors. I had a wonderful general practitioner, who practiced what I call “old school” medicine. He would spend as much time with his patients as they needed. Sometimes he was behind seeing patients, but it didn’t bother me because I knew he would give me the time I needed. Because of his attentive care I always felt comfortable asking questions of my doctors, but unfortunately many doctors are now paid based on the number of patients they see instead of the care they provide. It has also been my experience that some doctors don’t like to be questioned. I am extremely fortunate that I have several family members who are medical and mental health professionals, and that I am a social worker. I have called my family members many times when a doctor or therapist told me something that just didn’t seem right. In fact, it was my brother-in-law who put me on the right track to receive a correct diagnosis of Pompe disease. My sister is a licensed independent social worker (LISW), and she often helped my husband advocate for me when I was depressed. Now I try to use my experience to educate medical professionals on Pompe disease, and to pay it forward to other women who are struggling with chronic illness. I also try to be open about my struggles with mental health in order to reduce the stigma.

I have a good working relationship with my current neurologist, and he often sends medical students to talk to me during my bi-weekly treatments. It has taken time, but I now have a team of doctors that I see regarding my Pompe disease, but I had a female doctor and case manager who took the lead on this. They found doctors who were either knowledgeable or willing to learn about Pompe. My team is now made of both male and female doctors of different races and nationalities who take my concerns and treatment seriously, but it did not come easily.

Fortunately, medical schools around the country are providing training to their students regarding racial and gender bias, and medical schools are trying to recruit students from diverse backgrounds. With all of the advances in medical technology, doctors must advance their thinking as well, although curing people of their racial bias may prove to more difficult than curing the rarest disease. 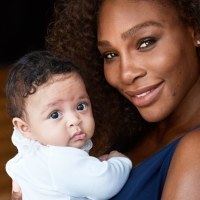