Did you know that people with Down syndrome and other disabilities face significant barriers to life-saving organ transplants? I was shocked when I first heard this was a “thing.” How could anyone decide one life is less worthy than another solely based on their disability?

That’s why eight months ago I called my state representative, Niraj Antani, and asked him to draft a bill giving greater legal protections for life-saving organ transplants to people with disabilities. Ohio House Bill 332 was born, and the Ohio House approved the bill unanimously. It now goes to the Ohio Senate for a vote. You can read the bill here.

After Rep. Antani (R) gave his speech on the House floor, Democrat Nickie J. Antonio rose and said how shocked she was that this type of discrimination was happening in Ohio. “This is a human rights issue, and you know that it’s a great bill when both Republicans and Democrats agree this needs to end,” Rep. Antonio declared on the Ohio House floor. 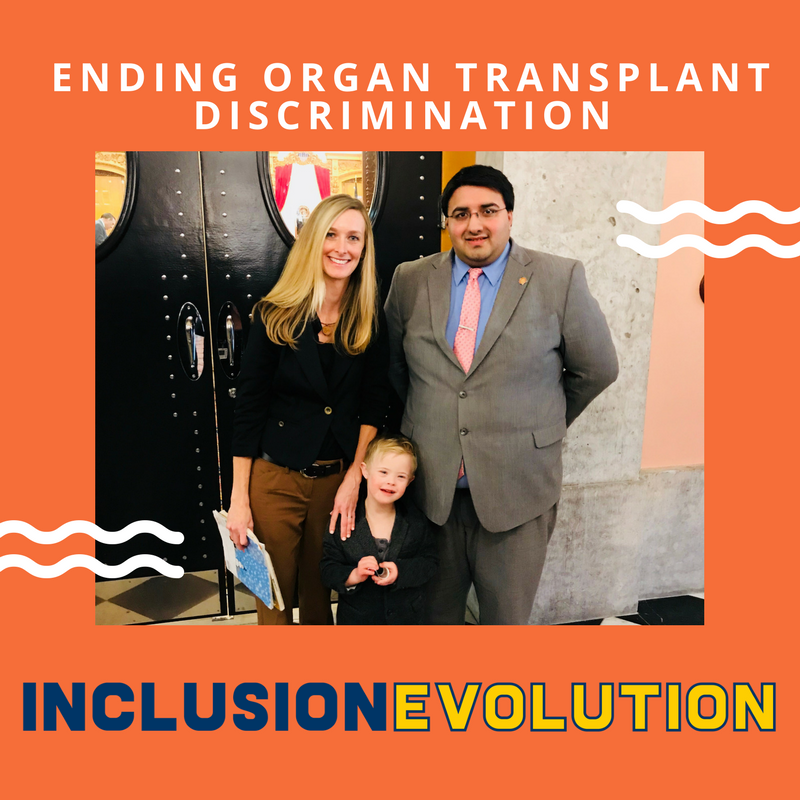 As the bill was being drafted last summer, I learned about a story of organ transplant discrimination just north of where I live in Ohio. Little Ellie’s mom, Jackie, was told shortly after Ellie was born that she couldn’t receive the heart transplant she desperately needed to stay alive because she has Down syndrome. 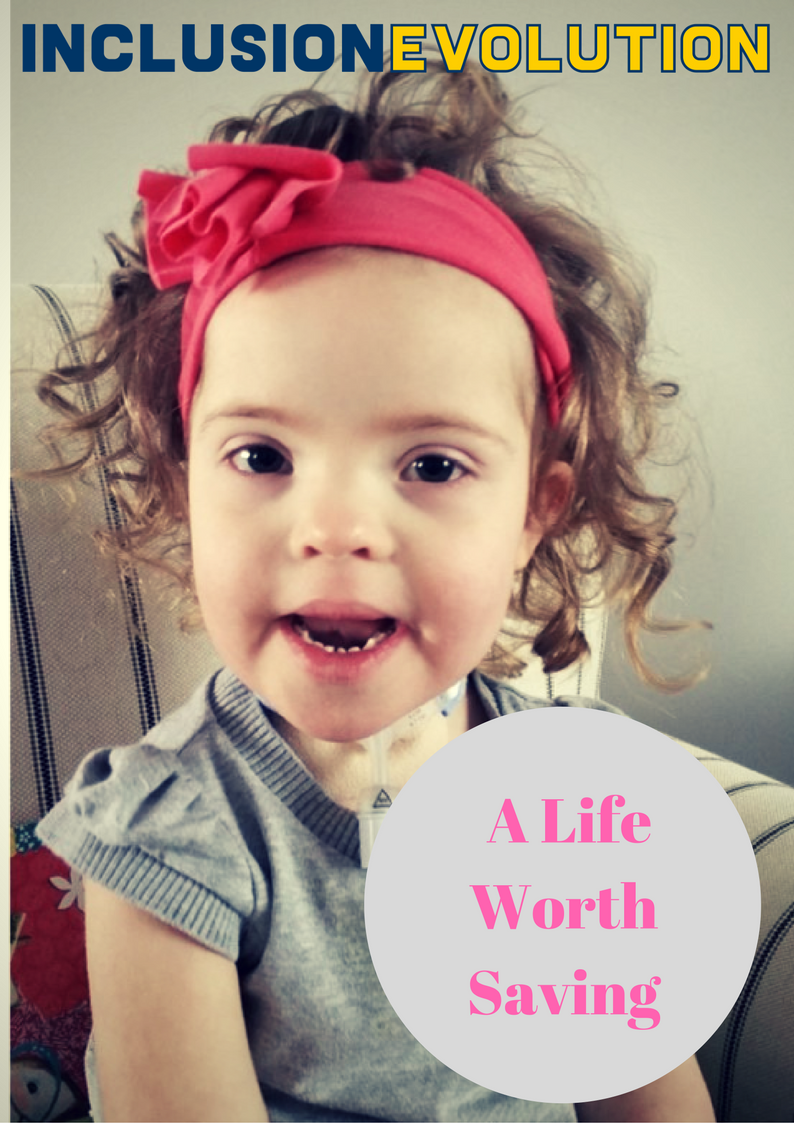 As soon as I connected with Ellie’s mom, Jackie Ward, I knew she had to share Ellie’s story with Ohio legislators and the world. Ellie would be the change-maker! Jackie was hesitant to share at first, but over time she realized the impact Ellie’s story could have on the passage of H.B. 332. Ellie’s story had a huge impact on the Ohio House members I spoke to, who were all equally as shocked as I was that this was indeed a “thing.”

The Americans with Disabilities Act provides broad protections for individuals with disabilities, but there’s no specific protection for access to organ transplantation. In fact, a group of 30 Republican and Democratic U.S. Representatives signed a letter just last year to the Department of Health and Human Services asking them to issue federal guidance to protect individuals with disabilities against organ transplantation discrimination. Unfortunately, nothing came of that letter. That’s why states need to act.

I would also encourage you to watch testimony from Ellie’s mom, as well as an Oregon mom who’s nonverbal autistic son was refused a heart transplant in Oregon and ended up leaving the state and getting the transplant done in California. Both are extremely moving and puts a human face on an otherwise dry bill. 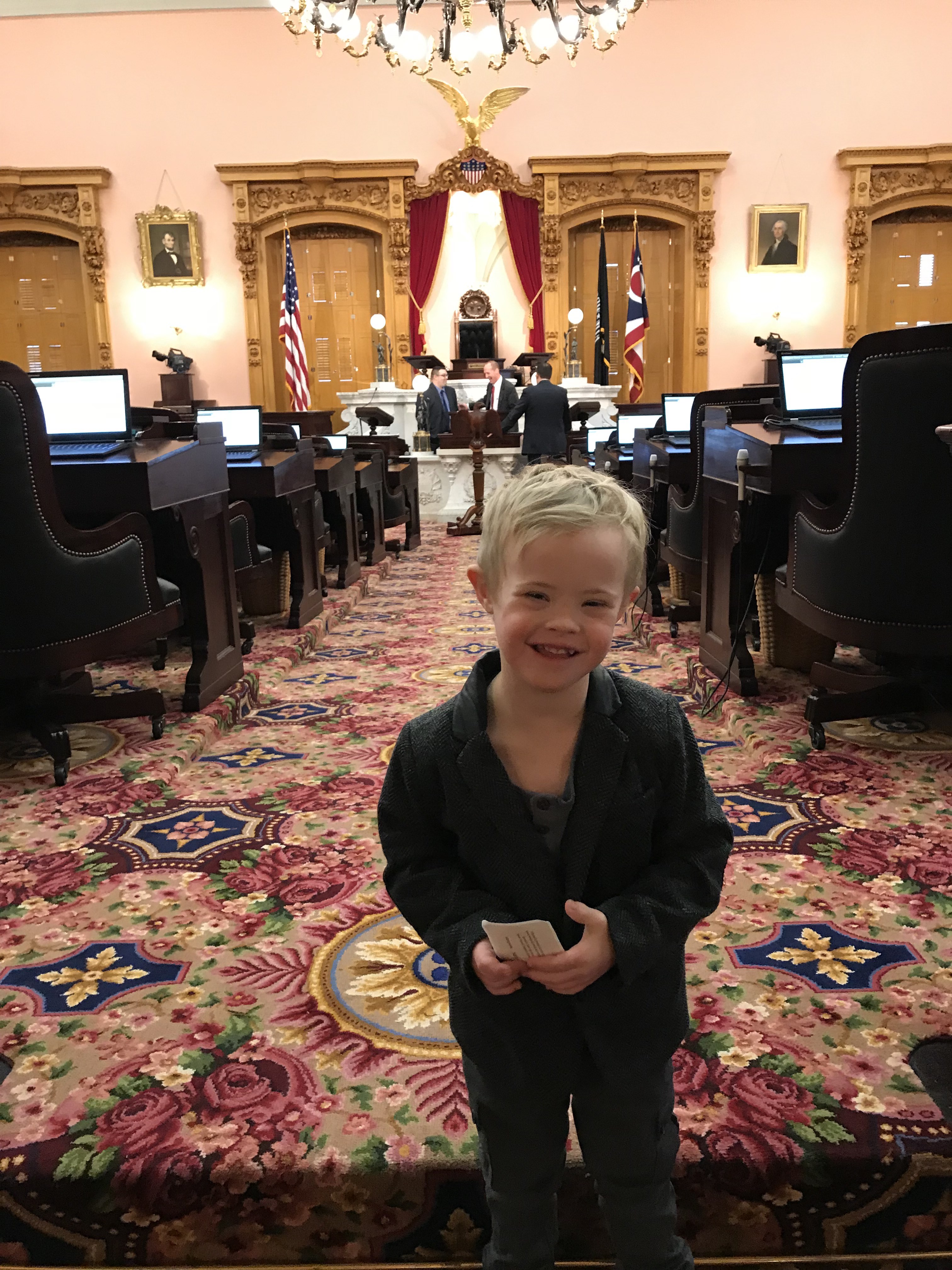 My son at the Ohio Statehouse

Ohio House Bill 332 now moves to the Senate for a vote. What are your thoughts on this issue? Do you believe everyone, regardless of disability, deserves access to life-saving organs? Are you interested in advocating to end organ transplant discrimination in your own state?

Follow our journey of advocacy and inclusion at www.inclusionevolution.com.

Share
or  Copy Link
Link copied to clipboard.
Be first
935