I was sitting on the couch watching HGTV after having hip surgery. (That’s pretty much what I did for two weeks straight.) The doorbell rang and I asked my 7-year-old to look through the window and tell me who it was. I was hoping it was a friend for him to play with, but it was a grown up. So I hobbled on my crutches to the door.

The person on the other side was an environmental activist. She was gathering signatures for a petition to prevent our city from removing the laws which protect our trees.

First of all, I don’t sign petitions for issues I don’t fully understand, even if it seems like a great cause on the surface. Well, what kind of person doesn’t like trees? I do like trees. I have two, at least 100-year-old, Live Oak trees in my front yard and I love them… most of the year when they aren’t dropping leaves and pollen. Still, I want to fully know what I’m signing and not do it simply because of the insistence and persuasion of the person who desperately wants the signature.

Second of all, I was very obviously on crutches and, short of telling her I didn’t feel well, I told her all variations of “no.” She proceeded to say to me, “Well can I at least use your bathroom?” So I let her. It was over 100 degrees outside and I felt bad for her.

Once she got out of the bathroom she tried her pitch again. Now she was on the inside of my house, trying to convince me that I really needed to call my state rep about the trees at risk of being plowed down by developers. She said, “Are you even aware of the Governors special session?”

I told her I was very aware of the Governors session because of my son.

My cause is protecting the lives of medically fragile children.

This technically would have been my perfect opportunity to launch into my cause, which is protecting the lives of  medically fragile children in our state. Children who are getting their medical and therapy benefits cut left and right due to budget and political issues, not because of what is right. I don’t know much about trees, but I do know a fair bit about children with disabilities.

In our increasingly politically charged society, we all have a cause (or many) incredibly important to us. A cause that maybe isn’t to someone else. I’m just beginning to sort out how to use my limited time and resources wisely, according to what my opinions, beliefs and convictions are around different issues.

The difference between opinions, beliefs and convictions.

A person can have many opinions. I have lots of opinions — chocolate chip mint ice cream is the very best flavor, light tints are the best paint colors, and Live Oak trees provide great beauty and shade. An opinion is a view or perspective on something that is not necessarily based on fact or knowledge.

Beliefs, however, are based off what is true. One of my specific beliefs is the Son of God walked on earth nearly 2000 years ago seeking the poor and the disabled (Luke 14: 13). He brought healing and hope to the lives of those who were not seen as much in the eyes of this world. Jesus cared for those with disabilities and therefore, I am convinced that I should, too.

Convictions are firmly held beliefs. I have several convictions. One of my very firm convictions is for the rights of people with disabilities, in particular my son, Nathan. His life collided with mine on the day of his birth and I’ve never been the same. Nathan’s very life has convicted my spirit about the plight of the vulnerable. I became very firm in my belief that the value of a life is not based on its productivity. I will advocate that as a society, we should help protect the lives of the most vulnerable. 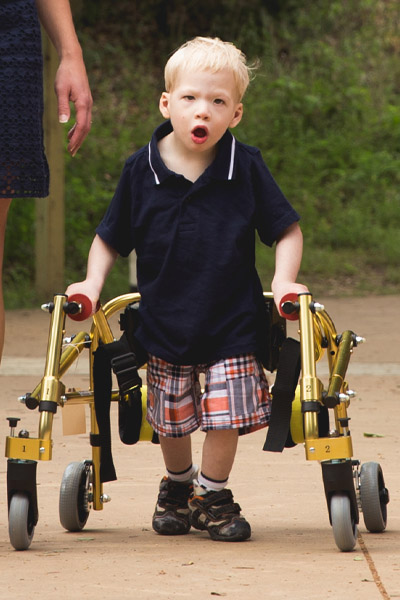 Everyone has a different cause.

The tree activist at my door probably cared for the disabled about as much as I care for trees: concerned but not convicted. This was not her cause. Trees are her cause; children with disabilities are mine. From where I stand as a middle-aged woman burdened with the responsibilities of my medically fragile child, I don’t understand how someone can dedicate their time to that specific cause. But it doesn’t mean I shouldn’t respect it, even if I’m simply respecting it is the way she is using her time.

That day, I did the best I could. I listened, I stood on one foot for longer than I wanted, and I let her use my bathroom. I told her that my time and energy went into disability rights and that I don’t have capacity for much else. Then, I shut the door, and crutched back to the couch. It’s kind of ironic that, I myself, was disabled that day.

Next time, maybe, I would do it different.

Maybe another day I would have asked for more information about her tree laws.

Maybe another day I would have told her a lot more information about Protect Texas Fragile Kids.

Who knows? Maybe one day I will be able and willing to barter a deal where if she would call the Governor regarding medical and therapy benefits for children, I would call my rep about her trees.

The Special Session is long over and the Governor decided to not reverse the therapy cuts, in spite of it passing through the house. That means that pediatric therapists will be reimbursed less for the their care of our children, which means that many of them may not keep practicing, which means that if our children aren’t given opportunities to learn independence they may likely become more dependent on the state in their adult years.

I don’t know. It wearies me and I wonder if I’m doing it right at all sometimes. How can the voice of one person make that much of a difference in the things we care about? Who knows, maybe the tree girl feels the same way?

I only know my opinions should not be driving my advocacy efforts. My convictions should. I firmly believe people with disabilities matter. On that, I am crystal clear.