Is 'Neurodiversity' the Next Wave in Mental Health Activism?

Have you ever been made fun of because of your high sensitivity?

Or bullied for the way or speed with which you can read, write or articulate your thoughts?

Perhaps you’ve been called scatterbrained or mocked for having attention-deficit hyperactivity disorder (ADHD) or some other learning disorder?

Have you ever felt (or been made to feel) “other” for the way your brain just seems to be wired?

Do you feel like you have a really different way of thinking and processing and sometimes (often) feel misunderstood because of this?

If you found yourself nodding along to any of these comments, it could be that you’re part of a large group on this planet who are neurodiverse.

And, if you’ve ever been shamed, blamed or made to feel “other” for being neurodiverse, you’re not alone.

But, far from it being a bad thing, neurodiversity is a beautiful, powerful way of being in the world, despite what dominant social messages may otherwise have you believe.

Moreover, the neurodiversity movement is growing and, in my opinion as a therapist, may be the next big wave of mental health care activism, as well as a big step forward in general social compassion.

“Neurodiversity is the diversity of human brains and minds – the infinite variation in neurocognitive functioning within our species.” — Nick Walker, Neurocosmopolitanism

While there are many definitions, neurodiversity (a term coined in the late 1990s by an autistic Australian sociologist named Judy Singer) at its root views variances in the brain (and impacts of these variances) as natural and normal variations in the human genome, rather than assigning a pathological label to such variances.

The neurodiversity movement challenges established and pervasive social norms that see inherent brain structure variances not as something to be “fixed” or “cured”, but rather as authentic and valuable forms of biological expression that may need individualized supports and help instead.

What are some examples of neurodiversity?

Neurodiversity may often be invisible — even to those who have it and who don’t quite fully understand it or aren’t aware of it yet — and/or those with neurodiversity may actively try to make it look invisible thanks to the pervasive social stigma largely surrounding many neurodiverse populations.

But chances are, you probably have someone (if not a lot of someones) in your life who are neurodiverse. And perhaps you are too. And that can be such a beautiful thing!

How can neurodiversity be a positive thing?

The neurodiversity movement is helping clinicians, educators, parents and those who identify as neurodiverse understand that there are, in fact, tremendous gifts and even social and evolutionary advantages that come along with being neurodiverse.

Whether this is possessing higher-than-average capacities for pattern recognition, memory and mathematics that can come with autism, hyper-focus and tremendous creativity that can come with ADHD, or vast wells of empathy and emotional attunement that can accompany sensory processing sensitivity — neurodiversity, like with so many other forms of diversity, lends its owners gifts and advantages much like any other trait on this planet if framed and viewed this way.

How being neurodiverse can still feel hard.

But, on the other hand, for all of the possible gifts and advantages of neurodiversity, our society is largely not built and accommodating for and to those who are neurodiverse.

From the setup and structure of the grade school classroom, to the dominant visual and auditory learning methodology of our nation’s education system, to highly stimulating open concept office spaces, to the pace, demands, and calendared structure of modern, urban professional life — those with neurodiverse brains can often feel overwhelmed, overstimulated, uncared for and just generally not supported in many systemic social structures we mostly exist in.

Not to mention, of course, the high degree of stigma that still erroneously surrounds many forms of neurodiversity, particularly those that are viewed as pathologized mental health issues or learning disabilities.

Some ways in which we can support ourselves and each other if we/they experience “neurodiversity.”

There are so many ways to support yourself, your child, your spouse or a friend or family member if you/they are neurodiverse.

Of course, seeking out appropriate and comprehensive medical and mental health care should be a primary first step, but beyond that, there is a range of things we can do to support the acceptance of neurodiversity in our personal spheres and, perhaps, more largely.

1. Expose ourselves to others’ stories.

Hearing others speak up about their lives being neurodiverse can help normalize your experience (or that of your loved ones) and possibly make you feel less alone. I really encourage you to check out The Mighty for firsthand accounts of folks who live with a wide variety of neurodiverse (and health and ability diverse) experiences. Check out groups in your city/town or online (Facebook groups abound for this!) to help connect to likeminded others living with neurodiversity.

If and when you feel ready to tell your story, consider telling friends, fellow parents, or colleagues who you view as safe and supportive about your experiences living with neurodiversity.

Educate yourself on the language, the reframe, the benefits of any particular neurodiverse elements, etc. By changing the way we view neurodiversity, we can increase our understanding and compassion for ourselves and for others.

4. Advocate for diverse opportunities in employment.

If you’re in a position to, practice proactive corporate and small business neurodiverse recruitment, retention, and accommodation supports. Learn more about the movement to do more of this in corporate America.

If you’re a parent or educator, ask for academic accommodations and supports that your child or student may need in order to accommodate their neurodiversity.

These are just a few suggestions for how you can support yourself and others if you experience neurodiversity. Now I’d love to hear from you in the comments below:

Do you live with neurodiversity? What’s one tip you would give anyone else living with neurodiversity to help them have more acceptance/ease/support? Leave a message in the comments below so that the community can benefit from your wisdom.

And, until next time, take very good care of yourself.

The Highly Sensitive Person: How to Thrive When The World Overwhelms You by Elaine Aron, PhD

Scattered: How Attention Deficit Disorder Originates and What You Can Do About It by Gabor Mate, MD

The Tiger’s Journey of Nonconformity and Neurodivergence by Jenara Nerenberg

Photo by h heyerlein on Unsplash 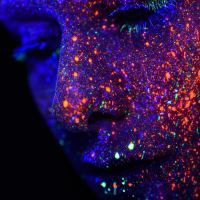