Have you ever bought a new car only to find it had problem after problem from the get-go? Problems that seemed unrelated and there was no one “fix” to get the car in perfect shape? We did when I was a kid, and the term “lemon” has stuck with me ever since. Good thing they provide warranties these days.

As a child, it wasn’t just the car. I was the kind of kid that had tummy aches, sore joints, an occasional high heart rate, constant fatigue, and a multitude of things that never seemed to have a real source. Doctors would pat me on the head and shoo me out the door.

As an adult, I earned a PhD in health psychology and behavioral medicine, where we learned all about that large portion of medical visits occupied by a small portion of people. Those people are called the “worried well,” and I came to accept that I was just one of those people. Physicians and psychologists often don’t take them seriously, and I can relate. They trained me, after all.

As my life and career progressed, those nagging childhood symptoms persisted, with no real diagnosis. I just stopped complaining due to embarrassment of that “worried well” label. I buried myself in psychological approaches to managing stress with the hope my physical symptoms would be “fixed.” I ran groups and provided talk therapy to people to help them manage their medical symptoms. Faced with people who thought I just didn’t “get it,” frustration was felt on both sides.

Turns out, some of those “worried well” aren’t “well” after all. At age 29, at a routine physical, a physician’s assistant fresh out of school saw me. She took my heart rate complaints seriously and did an EKG – which was the first one I had ever had. Lo and behold, I had something called “Wolff Parkinson White syndrome,” a congenital heart defect that required intervention.

Routine blood work in the years that followed often had red flags pop up. Each time the doctors said the particular results weren’t serious enough to investigate further. I started to doubt my “worried well” label. My desire to find one doctor to find the “sole reason” for all of my problems resurfaced. I desperately wanted “Gregory House, MD” to be real. If I could just find what’s causing everything, I would get a cure that will allow me to live the energetic, pain-free that “everyone else” has.

Finally, at age 47, stress in my life was so severe that my physician took my fatigue seriously and ran tests beyond the basics. Bam. I have an autoimmune disorder called Sjogren’s syndrome that accounts for almost all my symptoms. Now that I have that diagnosis, I have practically lived in specialists’ offices. They take everything seriously now, and more diagnoses have followed. Some things are an outgrowth of Sjogren’s, others are unrelated, but I need to learn to live with them all.

What a strange reality it was when I finally discovered I was right about it all. Sour because now I had to accept that I can’t “fix” the problems I have. Bitter because things had advanced farther than they needed to, but finally felt validated at the same time too. The flood of anger came like a tidal wave rushing in so many directions. Venting to a select few of my friends became a pastime of mine.

Then came the time to decide how I want to live the rest of my life. Yes, my anger was justifiable, but how long did I want to keep it circulating? Research tells us that being chronically angry isn’t going to help me feel better mentally or physically. Ultimately, feeling better has always been my goal. What did I need to do to reach that goal?

How do I want the rest of my life to be defined?

Once it really sank in that I am genuinely someone with chronic conditions, the mental reframing began. I got really clear with myself about what I can and can’t do. My diet had to change, exercising had to be consistent but altered, and I had to accept I could only do so much in a day or I would crash. After a period of time stewing about all my limitations, I became set on finding new ways to do what I wanted with my life. With the boundaries of my new “normal” identified, I looked for things I can do within the new framework. I had to get creative, let go of the old, and embrace change. The new chapter, or really, second half of my life had begun.

By fully understanding and accepting my limits, I know better how to function within them. The “Me” that my family gets is better. Going from full-time to part-time work (from home) has been a big sacrifice, but it has enabled me to recharge more often. When I’m trying to push through with a completely drained brain, I simply don’t operate well. With more frequent rest periods, I can think more clearly, I am more patient, and I’m more fully engaged in what I’m doing when I do it.

Another silver lining is the drive and creativity required in finding new sources of income have opened up a new world to me. I’ve developed skills that I had ignored or never even tapped into when focused on my previous career. Those new skills have injected new energy into me, and it feels wonderful.

I’ve also accepted that eliminating some things from my diet is absolutely worth the sacrifice. I have less pain, and I’m OK with not consuming things that exacerbate my symptoms, no matter how much I enjoy them. Reworking what I eat has been challenging, but rather than feel constrained by it, I actually feel freed. I don’t have to feel as bad as I did. That’s an amazing revelation!

Working with doctors has almost become a part-time job for me, but I’m learning how to prioritize and communicate more effectively. I know I can’t address every single symptom right now. Financially, it’s not in the cards, and besides, there really is no Dr. House to fix it all in one fell swoop. But, I can focus on treating the problems that interfere with my self-care first and foremost. If I can take better care of myself, I will reduce the flares I do get. I can now more clearly identify what I do and don’t have control over.

I’m still a work in progress, in the early stages, I think. I have a long way to go in getting my symptoms under control and my self-care where I want it. I have to remind myself that having a body that doesn’t work like it should is one of many possible crosses to bear in this life. Everyone has their own set of struggles they were given, they just look different. Mine are mine, and I am charged with maximizing the life I do have. Doing that is making life much sweeter now. 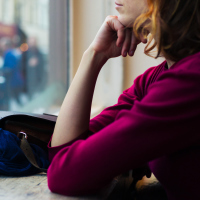