26 Things People Who Nap 'Too Much' Wish Others Understood

Let’s be real — almost everyone appreciates a good nap. But for many, a nap might seem like a luxury they can’t afford. Sure, they’d love to nap, but they don’t actually need one. And who has the time to nap anyway?

It can be easy to judge people, then, who do “find the time” to nap — not necessarily because they actually have the time, but because circumstance or illness makes it necessary. For some people living with mental illness or chronic conditions, napping isn’t a luxury — it’s a necessity. When napping is an essential part of your daily or weekly routine, it’s frustrating when people assume you’re “lucky” to have the time to nap, or that you nap simply because you’re lazy.

There should be no shame in resting when your body needs it. That’s why we consulted with nappers in both our mental health and chronic illness community to let us know one thing they would tell someone who doesn’t understand why they nap.

Of course, it’s important to note that napping too much can sometimes be a method of avoidance. If you feel like this is your situation, don’t be afraid to seek advice from a mental health professional, and join our conversation about napping and avoidance here.

Here’s what the nappers in our community want you to know: 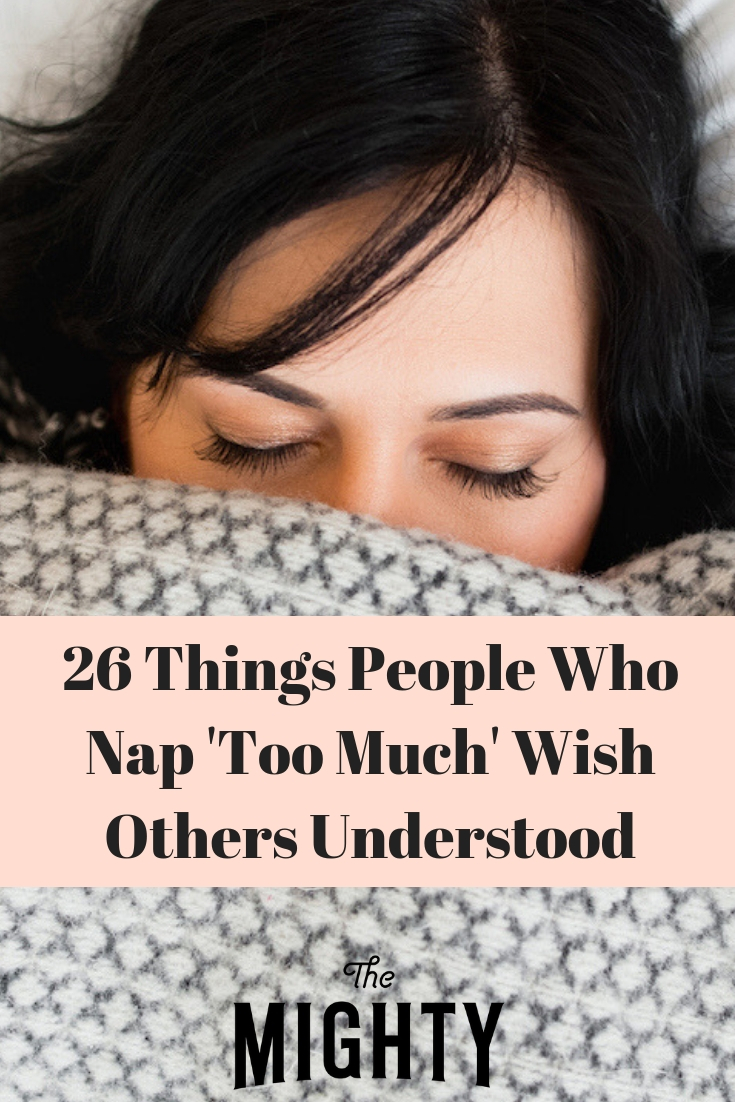