Update: As Barr said last month, her character was indeed killed by an opioid overdose. In the episode that aired Tuesday, the story of the Conner family picked up three weeks after Roseanne’s funeral. They all believe she died of a heart attack in her sleep. But then Jackie (Laurie Metcalf) finds out that the autopsy revealed she actually “OD’d on opioids.” Dan (John Goodman) remembers how Roseanne had knee surgery and was taking opioids, though at first he thought she only took them for two days. But then the family realizes she had been stashing pills all over the house, including a bottle prescribed to someone else. Jackie suggests that maybe Roseanne took pills right before going to bed, and “with her health issues, it was enough to stop her breathing.”

Roseanne Barr said Monday her titular character, Roseanne, will be killed off by an opioid overdose on the show’s spinoff, “The Conners.”

“It wasn’t enough to just do what [ABC] did to me. They had to cruelly insult the people who love that family in that show,” Barr told conservative personality Brandon Straka on his YouTube show “Walk Away.”

“Roseanne” was abruptly canceled by ABC in May after Barr posted racist tweets about former President Barack Obama’s adviser Valerie Jarrett. In May, “Roseanne” remake included a storyline about Roseanne (the character) abusing prescription opioids for knee pain.

During the episode, Roseanne says she’s taking the medications for pain but begins getting the drugs from friends when her prescription runs out. Her husband also offers to get a prescription for his back, so she can have more. Many people who abuse opioids do not get addicted because of their prescriptions — it’s typically from prescriptions of those close to them.

According to the Centers for Disease Control and Prevention, more than 200,000 people died in the U.S. from prescription opioid overdoses between 1999 and 2016.

ABC told The Mighty it would not confirm the character’s fate. Although the network has not confirmed anything, John Goodman, who played Roseanne’s husband Dan, said in late August her character was going to be killed off.

ABC announced the spinoff series in June, and said Barr would have no financial or creative involvement in the new series. “The Conners” premieres Oct. 16. 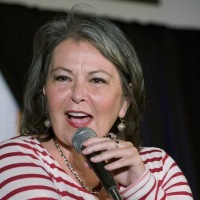