“It could be worse.”

This phrase helped me push through some of the darkest of times, but it came at a cost. This phrase, to me, meant: “suck it up, buttercup.” And, I did.

I sucked it up. I took everything I went through and bottled it right up. I fought to be the strong one. I had to work and take care of responsibilities. I had to deal with stress on the job and at home. I tried therapy but it wasn’t enough to do it alone. My efforts at assertiveness fell on deaf ears. I spent most of my teenage years fighting depression. I’ve spent most of my adult years fighting anxiety.

It caught up to me. It started with constant fatigue and memory issues. I struggled to stay awake at work even if I worked quickly. I started to forget things. Almost every weekend, I began to get neck pain that would cause a migraine attack. About six months later came the first flare. I couldn’t turn the steering wheel on my car. I couldn’t raise my arms enough to wash my hair. The doctor took blood, sent me for a brain scan and tried me on a wide variety of prescriptions: pain pills, muscle relaxers, steroids, anti-inflammatory medication, nerve medications, local anesthetic patches. Nothing seemed to work. Eventually, the flare subsided and I’ve had to learn to cope since. When he couldn’t find anything wrong, I was diagnosed with fibromyalgia. I still fought to hold it together and be the responsible adult I was raised to be.

Over time, working became more difficult. I continued to fight fatigue and anxiety to focus on work. I continued to use sick days and vacation days during flare-ups and for doctor appointments. I struggled to pay bills with so much money going to copayments and medication.

When my now-husband and I decided to marry, he said “I make enough to support us. You don’t have to work.” So, when my The Family and Medical Leave Act (FMLA) ran out, my job fired me. I was OK with it. I’d take off a few months and try to figure stuff out. Big mistake. For one, we have yet to be able to afford health insurance. It’s been four years. I’ve made a couple failed attempts.

All those years of sucking it up caught up. All the things I had filed away so I could push through, I now had to deal with. Four years later, I am still dealing with it. I’ve made a couple of failed attempts at working. I’ve studied dog training. But not knowing how I’ll feel one day to the next is hard. The depression and anxiety make it hard to get motivated. The loss of my independence has destroyed me and I want it back.

Don’t listen to your thoughts or other people who try to make it better by saying “it could be worse.” It may be true but it also invalidates your feelings like they aren’t important. Your feelings are important. Feel them and deal with them.

As for me, I’m still relearning how.

Photo by Katii Bishop from Pexels 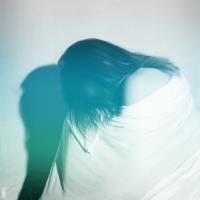