The Reality of Living With Pediatric Stiff-Person Syndrome

With World Rare Disease Day 2019 on the horizon, I think it’s time to get real about what people with rare diseases experience on a daily basis.

I just finished crushing my muscle relaxing medications and pushed them through my surgically placed PEG-J feeding tube. Yes, that’s a part of my normal routine.

I have lived with pediatric onset stiff-person syndrome (SPS) for almost seven years now after years of misdiagnoses. SPS is a rare, progressive neurological disorder with characteristics of an autoimmune disease that typically strikes people between the ages of 30 and 60. It tends to be more prevalent in women. I happen to be one of the outliers who was diagnosed as a kid. Currently, there are no statistics to tell us how rare it is across the globe to be diagnosed at a young age. This is partly due to frequent misdiagnosis of SPS (which is true with adults as well, but there is more available data on their cases since the first reported case in 1956). According to the National Organization for Rare Disorders (NORD), on average, SPS takes about seven years to accurately diagnosis – a diagnostic delay so long, that many are at the mercy of their bodies, hoping irreversible damage won’t be caused during their journey to a diagnosis.

SPS is often diagnosed with a blood test for the antibody GAD65. When found in high concentrations (usually 60-80% of patients), a lumbar puncture is then done to see if the GAD65 is in the cerebrospinal spinal fluid, as well as an EMG (electromyography — a test in which needles are inserted into the muscle to record their activity) and a physical exam. Symptoms are assessed to help with ruling out diseases with similar symptoms. Other tests like a CT scan and/or an MRI may be performed as well. Additional tests may help to determine if an individual has one of many subtypes of SPS.

Symptoms include, but are not limited to:

– Kyphosis (the curving of the upper spine)

-Hyperlordosis (the exaggerated curving of the lower/lumbar spine region

-Breaking of bones, tearing of tendons and ligaments from spasms

-Fear of open spaces due to the chance of falling (agoraphobia)

-Spasms of chest and respiratory muscles requiring a ventilator to breathe

While SPS itself is not considered life-threatening, sudden withdrawal of muscle relaxing medications like benzodiazepines, abrupt discontinuation of immunotherapies like plasma exchange and intravenous immunoglobulin, prolonged compromise of breathing, and complications from injuries may occur resulting in death. Other therapies include biologics, oral immunosuppressants, chemotherapy agents, and currently, stem cell transplant trials are underway in the U.S. Physical therapy, occupational therapy, speech therapy, balance therapy, aqua therapy and swallowing/feeding therapies may be necessary to maintain the most function possible.

If treatment is delayed too long, people may require canes, crutches, walkers, manual wheelchairs, electric wheelchairs and scooters. If the gastrointestinal tract is affected severely enough, some people will require a feeding tube temporarily placed through the nose and some of those people, like myself, may require surgically placed feeding tubes which are a more semi-permanent to permanent option for nutrition and medication administration.

SPS may also occur with other autoimmune diseases or predispose patients to develop conditions like type 1 diabetes, pernicious anemia, thyroiditis and vitiligo to name a few.

Stiff-person syndrome may slowly and quietly creep into the bodies of affected individuals, but those same individuals aren’t afraid to raise awareness for the disease that can have catastrophic effects on themselves, their caregivers, families and friends.

One thing is for sure though: SPS will not win! Alone we struggle to stay afloat and raise awareness, but we are stronger when we join in this fight together. 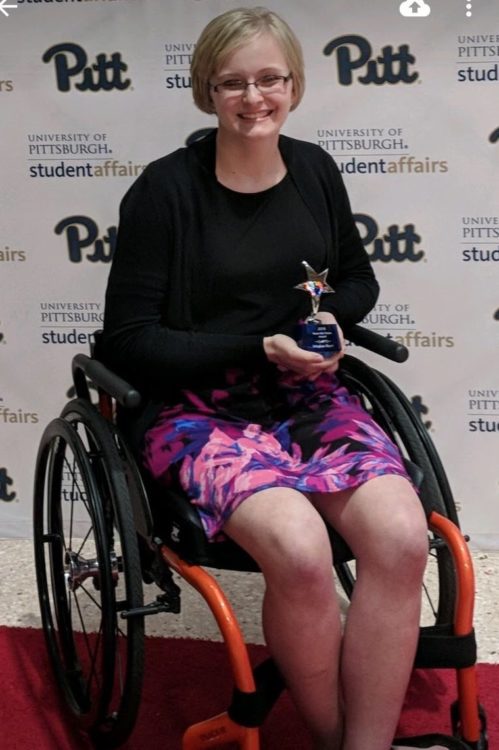 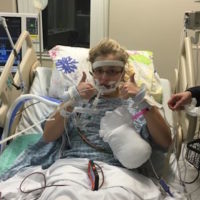