After a successful effort from disability advocacy groups, Major League Baseball (MLB) has renamed its “disabled list” to the “injured list.”

What’s your take? Find out what others are saying and join the conversation by downloading our free app.

Changing the name of the list was championed by Link 20, a group of young advocates that work with the Ruderman Family Foundation to foster inclusion and promote social change. The group wrote a letter to Robert Manfred, the Major League Baseball commissioner. They wrote:

Jeff Pfeifer, senior director of league economics and operations, announced the name change in a memo to MLB teams on Dec. 20, 2018, according to ESPN. League officials say the change more accurately reflects the purpose of the list and moves away from suggesting people with disabilities can’t play sports.

“MLB’s announcement to terminate the use of the word disabled describing the list of players who are injured or unable to play is an example of our determination to get better off the field in the same way we try to improve on the field”, Billy Bean, vice president and special assistant to the commissioner, said.

The new name will be used for both minor and major leagues. 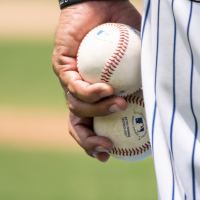