This ‘Grey’s Anatomy' Plot Almost Didn't Air. Here's Why I'm Thankful It Did.

I have watched every episode of “Grey’s Anatomy,” start to finish, multiple times.

Like everyone else who has watched since the beginning knows, it has gone downhill these last few years. But, as faithful fans, we have dedicated too much of our lives to this show to stop watching now. However, despite its glory days having passed, I have so much respect for the fact that they never fail to use their platform to address current social issues. Whether it be race, sexual identity, mental illness, immigration or sexual assault, they are always finding new ways to address what is currently going on in the world.

The latest episode sent shockwaves through the internet and brought tears to so many of our eyes. After a woman who has been assaulted and raped comes into the hospital, topics like consent, support, rape kits and victim blaming are addressed. The doctors and female staff of the hospital stand in solidarity with the patient as she grapples with what has happened to her and receives surgery. The conversations that occur in this episode are heartbreaking, but so incredibly needed.

And I needed this episode more than I knew.

As I watched it in my room, tears immediately began to stream down my face. I started shaking, sobbing and rocking back and forth trying to comfort myself. I was sexually assaulted two months ago. As I’m studying abroad this semester, I felt even more alone in dealing with this than I thought possible. I did not tell anyone, and the more I replayed it in my head, the more I just kept going over what I could have done differently to maybe prevent it. I didn’t feel like I could tell anyone. Until I watched this episode. As I drafted out a text to send, each time I became too scared and deleted it. This episode gave me the strength and the courage I needed to send it. I texted my roommate back home, asking if she had a second.

She called me, and I just cried, trying to steady my breathing so not to have another panic attack. I couldn’t bring myself to say the words aloud. So I managed to whisper to her that I would text her. She texted me immediately asking what was up. I told her that I needed to tell her something I hadn’t told anyone. That I didn’t need her to do anything with the information, but that I just needed to tell someone. She said, OK. And I told her. She told me it wasn’t my fault, which as rudimentary as it may sound to tell someone, was exactly what I needed to hear so badly.

I am so thankful that Grey’s decided to air this show, despite initial pushback from the network. It was more than I knew I needed. And I know that it was something so many of us needed to see and hear. I am so incredibly grateful for a show that even 15 years later, still manages to hit us so hard and bring such powerful messages to light.

Share
or  Copy Link
Link copied to clipboard.
Be first
217 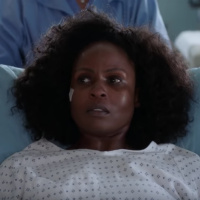