He stayed close to his dad. The limp was on his right side, tennis shoe rubber getting scraped off with each halted step. They slowly walked and talked and smiled as the dad expertly balanced his coffee cup in one hand while supporting his son with the other. They were good at this. They didn’t flinch when the steps into the church were upon them. That coffee cup kept balanced, the son pulled his foot up by shifting his weight to his dad.

My kid was struggling to get into church, too. But no one could see it. I saw it at age 3 and reverted to denial, but it grew despite my attempt to starve it of attention. My child was diagnosed with obsessive-compulsive disorder, depression and anxiety at a young age, which heads straight to the search for help.

I’ve seen Facebook posts of kids with sports injuries and parents asking for recommendations for the best orthopedist in town. Parents with chronically stuffy kids looking for allergist suggestions and even unsolicited photos of rashes asking, “Is this poison ivy?”

Most parent relate to these things and there is a community of empathy and suggestions and advice and we all want to see this kid find help. Because when our dearest treasures are hurting the world is just not right.

I’ve not one time seen anyone ever ask for recommendations to a counselor. The search for the golden unicorn of a good counselor that accepts insurance has lead me to tears on many dark occasions. There’s a stigma with mental illness. It’s misunderstood. Many believe it can be shaken off, exercised away, changed by diet or healed by faith. It’s like telling a kid with their lip busted open after a fall to brush it off. Try telling a parent and toddler that the blood gushing down their chin and the teeth that are knocked out aren’t real problems. No person would turn their back on that child. My child with mental illness has gone through years with her mouth busted open but there’s no blood, so we hid it.

The issue with hiding is that you have to come out at some point or you’ll die where you’re hiding. My child is now a teenager and she has decided to share her story with mental illness in hopes of ending the stigma for others. Many of her peers still don’t acknowledge that mental illness is real and maybe she’ll be the only reference they have. It’s encouraging to see people open up more about personal mental health struggles, not as a means to complain but to inspire. Isolation is a breeding ground for pain and desperate decisions so the hope is strong for a new view on mental health issues. I have to believe that things can improve through education and a personal connection that will shed a new light on mental health. The mental pain is real and so is our determination to lessen it.

Share
or  Copy Link
Link copied to clipboard.
Be first
114 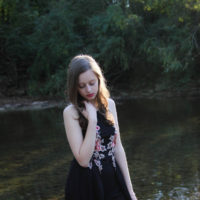