Why Being an Empath Is Exhausting (and Rewarding)

For years I’ve been criticized for wearing my heart on my sleeve. Taking people’s comments, tone or looks too personally. Being too sensitive, too emotional and needing to develop a thick skin. For a long time, I thought these were all negative qualities. That there was something wrong with me. Why couldn’t I just let people’s comments or emotions run off my back?

And then something happened. Over coffee, while I was telling a story, a new friend commented, “Well, I’m not surprised. You’re an empath. Of course it impacted you.”

”I’m a what?” I had heard the term empath, but never thought it applied to me.

So then I did some research and all the lines started connecting and questions that had been circling in my brain were finally getting answered.

It turns out empaths work best on their own (very true for me). And by that, I mean self-employment, preferably with a home-based office. The reason: it gives us a buffer from being surrounded by people’s emotions. And most importantly, it gives us the space to be in our own head, free of others’ chatter.

Now here’s the tricky part for me. While I do work from home (and love it), I also do speaking and training in the world of patient advocacy as well as advocating for kids with disabilities. On a good day, this is an emotional soup, containing the full range of emotions and personality types.

So how as an empath do I protect myself from being swallowed by these emotions? Practice. Lots of practice.

It has taken me a long time to learn that people’s stories are their own. I don’t need to try and fix everyone’s problems or absorb their emotions. Rather, the best way I can help is by listening and asking questions to help people find the answers that lie within them. And at other times, it means taking a step back so I don’t get sucked into their personal experience (or drama).

This doesn’t mean I don’t care. But I work hard to not absorb their emotions. And, in my advocacy training, I share that there is greater power in stating the emotion versus living the emotion. It allows a more open and honest conversation.

As an empath, I know the emotions are key to advocacy. But it can also be exhausting — for everyone involved.

Think about it. When someone is screaming at you, are you listening to them? What about when someone is crying non-stop? Yes, the emotions are real. Believe me, I know. But they can also be a barrier.

I now embrace my reality as an empath, versus seeing it as a curse. When I meet new people, I quickly assess the situation to see how I need to interact with them, and where to put up boundaries. I also am quick to name the emotions, before they go too far (I see you’re angry today, can you tell me what has happened that sparked the anger). This allows a discussion about what triggered the emotion instead of living in the emotion and not getting to the underlying cause.

Now that I’m a few months into understanding, and embracing, life as an empath, I have a greater appreciation for the need for self-care. This doesn’t mean mediating for hours or doing yoga everyday (but it can for some). For me, it’s about taking walks with my dogs, watching a Netflix show over lunch and, most importantly, spacing out my human interactions throughout the week (which is hard for an extrovert). I also make sure I have time to unwind, especially after group interactions, before heading to another meeting.

If you have ever been called too emotional or told you take things too personally, I encourage you to do some research about empath characteristics. See if it applies to you. Trust me, if you are an empath, learning that your feelings are justified, and how to protect yourself (without sealing yourself off), is extremely liberating.

I feel now, I’ve finally been given permission to be me. And I’m embracing it fully!

Share
or  Copy Link
Link copied to clipboard.
Be first
206 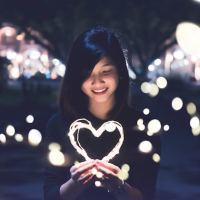