When I Modeled in a Fashion Show as a Wheelchair User

“You wanna be on topppp…”

The “America’s Next Top Model” theme song played on the TV for the fifth time that summer day in 2009 as I continued to binge a rerun season on the CW.

I used to be obsessed with that show. I loved the wild photoshoots, the fashion shows and the drama. And of course the makeover episode… you know, the one where they gave a girl with long brunette hair a bleached blonde pixie cut or god forbid bangs! You know there were tears. Who remembers cycle 15 when a dentist widened Chelsey’s gap between her front teeth all in the name of high fashion? I do.

This was my show during high school, when I was trying to do the opposite of Chelsey and close my gapped teeth with braces. When I was trying to figure out who I was as a disabled teenager while being surrounded by hundreds of able-bodied peers.

“America’s Next Top Model” represented a wide range of girls. Girls of all ethnicities, from all over the country and in spinoffs of the show all over the world. There were openly gay and transgender women cast. Plus size girls were featured and there was even an entire season dedicated to girls under 5’5″.

However, in all my time watching, there was never a woman with a visible physical disability on the show. And that was hard. I looked up to these women and was inspired to follow in their footsteps. I hoped to one day have the chance to experience some of the glitz and glam they did on the show, or at least rock some of the confidence they had. But without seeing someone rolling down the runway in a wheelchair, it was difficult to see that as a possibility.

Little did I know that 10 years later my “America’s Next Top Model” dream would come true. That day was this past April, when I participated in “This Is How We Roll,” a fashion show specifically for wheelchair users.

“This Is How We Roll” was started by Jenny Addis in 2013 to highlight the importance of medical research, wheelchair accessibility and inclusion within the community by breaking down barriers and changing the stereotypes society has about wheelchair users. It also provides each model with a life-changing experience by promoting positivity, self-worth and life skills.

When I found out about the opportunity, I quickly applied, even though it was near Milwaukee, which is around 1.5 hours north of where I live. Each model was assigned a specific retailer to get their outfit from, and mine was Maurice’s.

I went to Maurice’s by myself, and wow was that a mistake. I spent almost three hours in the store making the manager absolutely bananas as I tried to decide on an outfit. After burning a couple hundred calories from trying on outfit after outfit and shedding a few silent tears in the dressing room, I finally found the winning look. Cropped, fitted grey pants, paired with a light pink floral print top and a navy blue blazer. Stylin’!

The big day was a week later. I arrived at the venue in the early afternoon to get my hair and make-up done. Because my hair is as thick as a horse tail, I had not one but three people working on it at once. After admiring my freshly curled locks, I went on to get my headshots taken and then began socializing with the other models.

I quickly became buddies with a girl named Hayley, who had traveled all the way from Ohio with her husband and two kids and was rocking a Maurice’s look as well. I also briefly met Ms. Wheelchair Wisconsin, Autumn Neugent, whom I actually ran into again at the Chicago Abilities Expo. I love meeting cool chicks in chairs. Community is so important, and I wish I had this kind of support in high school.

Finally, it was time for the show to begin! Men, women and children, young and old, of all shapes and sizes lined up to get ready to go on stage. Although we all had our differences, we were united by our wheelchairs.

It was about halfway through the show and it was nearing my turn. That’s when it finally hit me… “Oh %$*! I’m actually about to go on stage in front of a bunch of strangers and strut my stuff!”

I was up next. I heard the announcer begin to say my name and where I was from. “Confident” by Demi Lovato started to play. This was my moment. 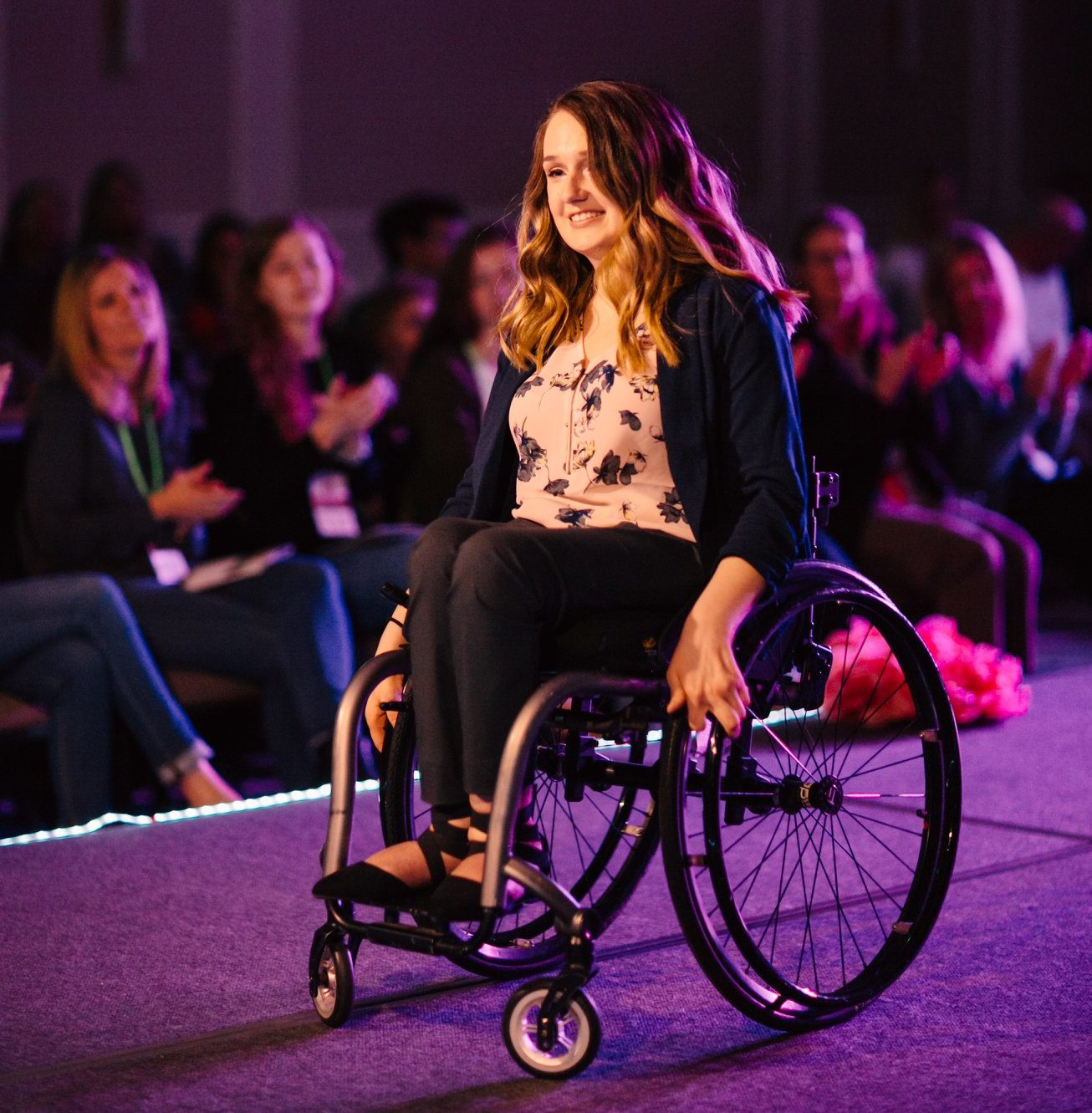 I turned the corner and began to make my way down the runway. Bright lights filled the room and photographers gestured at me to look at the camera so they could get a good shot. All eyes were on me and the crowd was smiling and clapping. I made it to the end of the runway. Make Tyra proud, I thought. Strike a pose. Don’t forget to smile.

I turned to head back. Halfway down the runway I did a spin. I spotted Hayley in the crowd waving and cheering me on.

I neared the end of the runway and turned to blow a kiss to the audience. And just like that, it was over. What a surreal experience. I’ll be honest and say I didn’t get as much applause as the girls who did wheelies or the kids with service dogs, but that didn’t matter.

I tried something that scared me, made a bunch of new friends and felt beautiful and badass.

I am thankful for Jenny who created this fashion show that allows people with disabilities to feel seen. I hope the media and fashion industry continues to take notice of the pool of disabled talent (and the billions of dollars we have in spending power) they are missing out on. Although we have a long way to go in terms of disability representation in the media, we have come a long way since my “America’s Next Top Model” fangirl days, and that gives me hope. 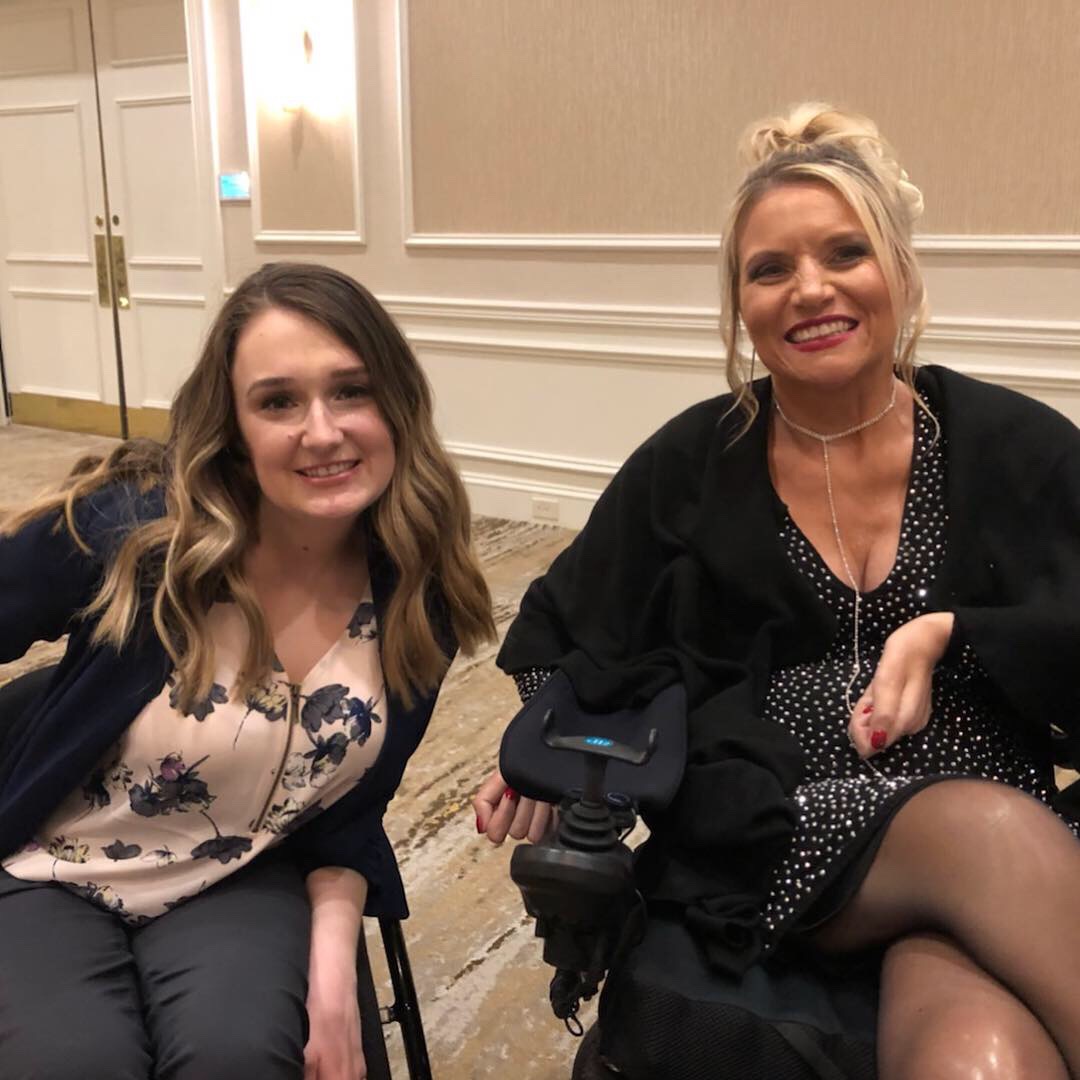 This story originally appeared on Write With Shan.

Share
or  Copy Link
Link copied to clipboard.
Be first
513