To the San Francisco Giants: Regarding Accessibility and Egress at Oracle Park

The violations of your own policy are a detriment to those who need it most.

I started writing this letter to implore you to create a policy to help individuals with physical disabilities to access the stadium, but have since realized you do have the policy, it just isn’t enforced.

The park was great. We had seats in Section 135, right down the third base line, giving us a great view of the game (and the diamondbacks outfielder checking his phone between every pitch). Our seats were great. The atmosphere was great. Our experience was great — until we tried to leave.

Multiple elevators stopped, opened their doors to reveal a full elevator and a sea of indifferent and/or falsely sympathetic faces as a 3-year-old in a wheelchair couldn’t get on. Not a single person left the elevator to allow him on. None of the attendants on the elevator attempted to make room for him. We even moved to another bank of elevators, farther away, in the hopes of finding room for our son and ourselves to leave.

The only reason we finally found space on an elevator was because one of the park’s employees got off the elevator with a large, rolling food rack. While I don’t take issue with this employee, it wasn’t out of the goodness of his heart that he did so. He was delivering that rolling rack to somewhere on the second floor, it just so happened to benefit us.

We remarked to the attended on this elevator that we had been passed by without help by multiple elevators, to which he responded that the problem was the elevators had to go up to the top floor and work their way down. By the time the elevator reached the second floor, they were simply full and that was that.

This type of behavior I have experienced over the years has led me to have some increasingly cynical views of society. The general public sucks sometimes. If we could count on the general public to do the right thing, perhaps we would have no need for the Americans with Disabilities Act (ADA). The folks looking out of the elevator, coming down from the upper floors who could see a crying toddler in a wheelchair and a frustrated, flustered family in tow, and did not make room for him on the elevator proved this point. Elevator attendants who gave us the “what can you do?” look and continued to not do anything drove the point home.

You have the policy which states: “Guests with disabilities and their companions are given first priority for service at all elevators.” (A direct quote from your park’s Information Guide under the Disabled/Accessible Guest Services section). We found that was not the case and the attendants on the elevators made no attempt to assist us.

Please don’t misunderstand me, having the policy in place is great and a step in the right direction. But a policy that isn’t followed and isn’t enforced has no value.

I don’t blame the park or the Giants for the sour note at the end of an otherwise great day; that blame belongs to the general, uncaring public. But I implore you to help us. Help my son. Help others with disabilities. Educate your employees, specifically the elevator attendants, of the policy to give disabled guests priority access to elevators.

At one point I heard the announcer tout Oracle Park as the most accessible park in the US. In order for that to be true, your policy needs to be enforced.

PS :  I did not check every men’s bathroom, nor did I check each stall in each bathroom I was in, but where are the changing tables in the men’s bathrooms? I asked an usher if he could point me to a family bathroom so I could change my son’s diaper and he could not think of one. Thankfully the staff in the first aid station allowed me to use a gurney to change my son in a suitable place.

Other stories regarding accessibility:

A version of this story originally appeared on Medium. 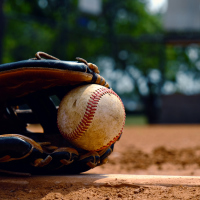