Thanks to Flies, Doctors May Now Believe Your Chronic Pain

The new study, published in the journal Science Advances, examined how and why the common fruit fly experiences chronic pain. Fruit flies with nerve damage in one leg were allowed to heal completely. Afterward, researchers measured for neuropathic pain resulting from nerve damage and found flies were hypersensitive to stimuli that are normally non-painful. Sound familiar?

Chronic pain, unlike acute pain right after an injury, persists often without any obvious cause. Chronic pain can be classified as either inflammatory or neuropathic pain. Neuropathic pain is caused by nerve damage and occurs most commonly in people who have conditions like diabetes, Ehlers-Danlos syndrome (EDS), complex regional pain syndrome, cancer and multiple sclerosis (MS).

The study also offers a fascinating history of pain through the ages — 500 million years or so in fact. Researchers point out a lot of data exists about acute pain immediately after an injury. Acute pain is adaptive because it teaches animals to avoid certain stimuli that could be life-threatening. However, according to this study’s authors, almost nothing is known about the origins of chronic pain. At least in fruit flies.

One theory behind the cause of chronic pain in all creatures is damage to what study co-author Greg Neely, Ph.D., associate professor at the University of Sydney in Australia, called “pain brakes.” Neely’s research found nerve damage stopped the pain brakes on the fly’s spinal cord-like nerve from preventing pain. Researchers theorized this is protective — the fly thought its leg injury was life-threatening and it became hypersensitive to all pain later to avoid a repeat injury. Neely said a similar process may occur in humans.

“After the animal is hurt once badly, they are hypersensitive and try to protect themselves for the rest of their lives,” Neely said in a news release. “So we knew that insects could sense ‘pain’, but what we didn’t know is that an injury could lead to long-lasting hypersensitivity to normally non-painful stimuli in a similar way to human patients’ experiences.”

“Now we know the critical step causing neuropathic ‘pain’ in flies, mice and probably humans, is the loss of the pain brakes in the central nervous system,” Neely said. “We are focused on making new stem cell therapies or drugs that target the underlying cause and stop pain for good.”

Though the results of this study are interesting, often it’s not possible to generalize animal studies to humans, so take these findings with a grain of salt. This research also doesn’t get us any closer to finding better treatments or a cure for chronic pain yet. But it’s probably safe to say the fact even fruit flies experience chronic pain provides evidence it’s not just “all in your head.”

Share
or  Copy Link
Link copied to clipboard.
Be first
599 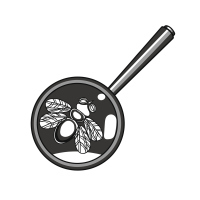